While the four-legged friends are among the favorites among pets in this country, things look very different in some regions of the world. In both Judaism and Islam, the relationship between humans and fur-noses is rather difficult. Hence, this post goes to the topic “Muslims and Dogs”.

Dogs in Islam: Is It Unclean? – The Facts 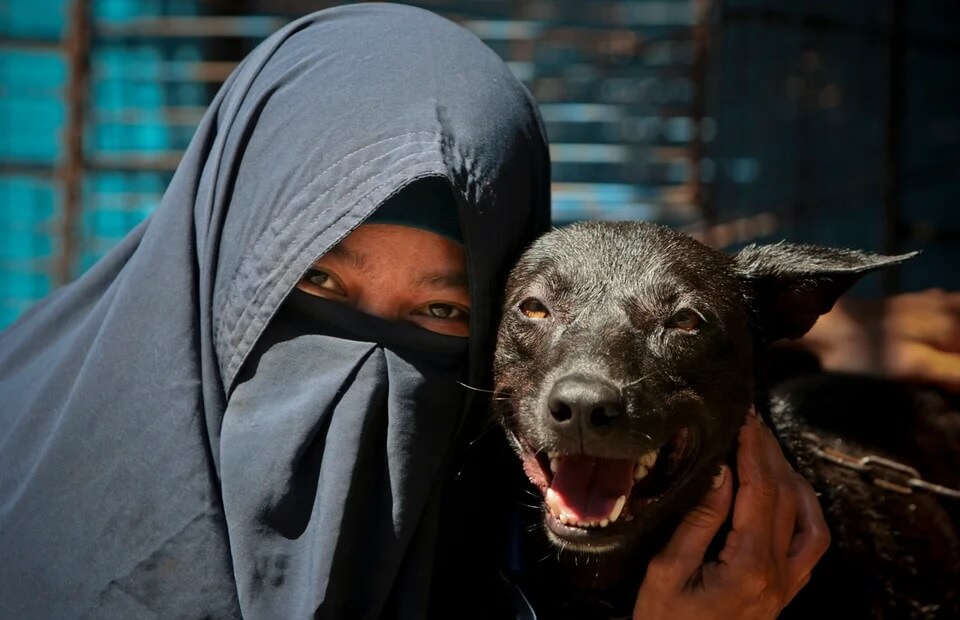 In the Arab world, dogs do not have the same status as in the USA. The general mood in these countries is divided because in classical Islam the dog is unclean. This can be seen, for example, in the specific rules for keeping. Keeping the dog within the four walls is one of the taboos in Islam. Keeping a dog is not permitted in the house or in the apartment. This also applies to animals such as guards and herding dogs. These are only approved because of their “activity” but are never kept inside. One reason for this could be the Koran, where it is written that angels only enter dog-free houses. Anyone who wants to touch dogs in Islam also becomes impure. The dog’s saliva in particular is condemned as unclean. Therefore, everyone who has come into contact with it must wash. Especially to say a respectful prayer to Allah afterward.

Another example of the dichotomy is Iran. There has recently been a ban on gas in Iran, but many dog owners are circumventing the law.

The black dog as the devil

Black dogs in particular experience a particular aversion in Islam. This is actually due to the color of the coat. In the traditions, it is said that the devil sometimes showed himself in the form of a black dog. That is why in some parts of the world it is even allowed to kill black dogs. In Islam, however, cats are welcome pets.

Dog in Islam: Is It an Unclean Animal?

It is not uncommon for someone to hastily change the side of the street when a dog is sighted. This is not only the case in the Islamic world but also in this country. In general, this is not always due to cultural taboos. In case of doubt, it could also be the fear of the animals. Here it is important not to take this behavior personally and to accept that someone does not want to get too close to your dog. At best, a friendly smile ensures that the other person doesn’t feel even more insecure.

Note: However, a lot has changed in this regard in the modern world. There are now also Muslims who show themselves to be great animal and dog lovers. Be careful with anti-Muslim campaigns when it comes to dogs!