Quinoa is a so-called pseudo-grain that is considered a real superfood due to its positive properties. Find out here which health benefits the small seeds offer dogs and how you can add quinoa to your dog’s diet.

Is Quinoa Healthy for Dogs? 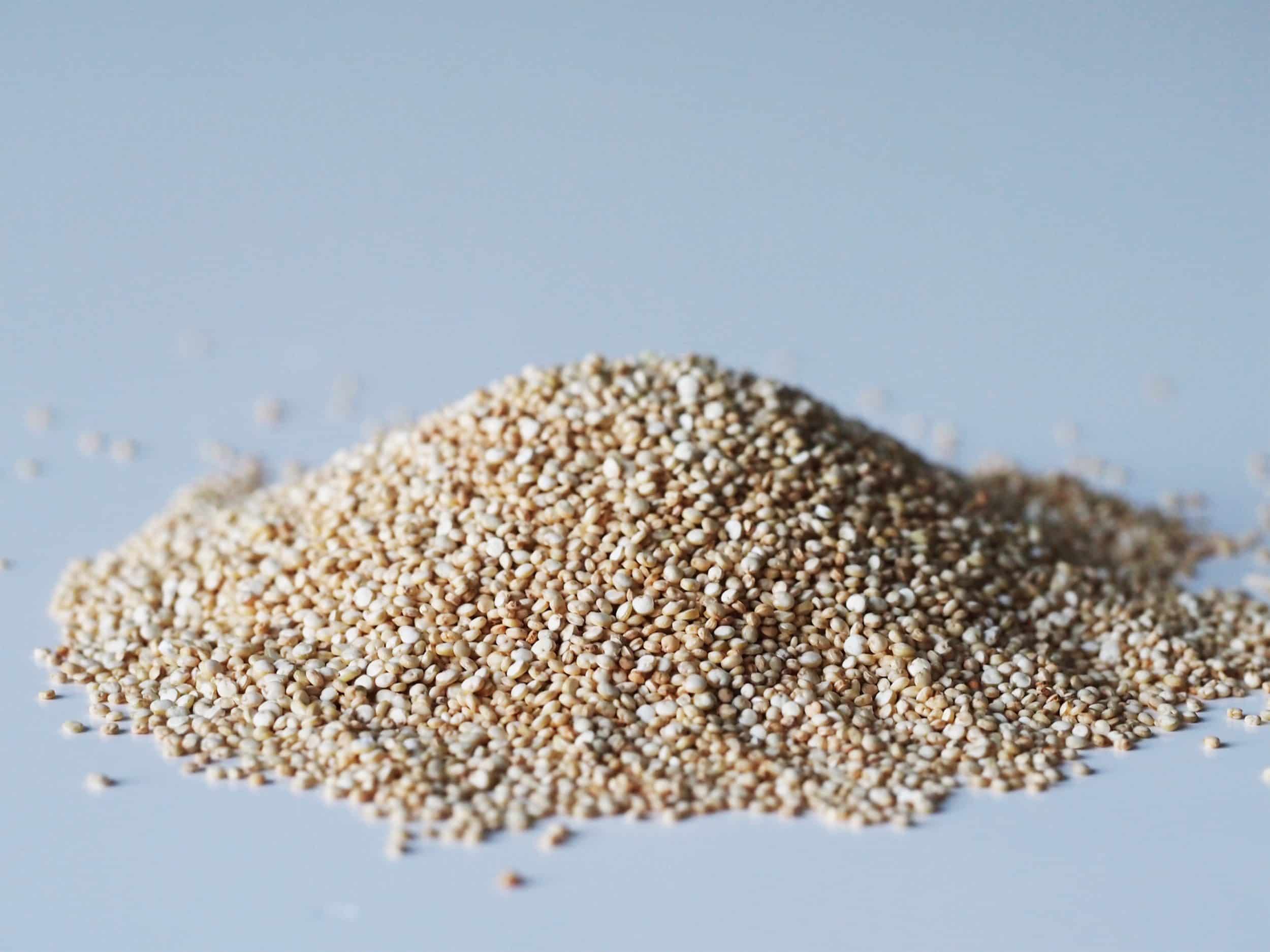 Anyone who prepares food for the dog himself or wants to enrich ready-made dog food with healthy foods will sooner or later ask himself whether the dog is actually allowed to eat quinoa. Basically, dogs can eat quinoa.

In addition, the pseudo-grain, which is actually considered a seed and not a grain, is gluten-free. This makes it ideal for dogs with gluten intolerance and for dogs with allergies and can be used in feeding instead of cereals containing gluten.

What makes quinoa a superfood for dogs:

Can Quinoa Harm the Dog?

In addition to the many healthy nutrients, quinoa also contains a harmful substance: so-called saponins are naturally contained and protect the plant from insects and predators as it grows. Saponins are considered to be slightly toxic and can cause digestive problems such as diarrhea and flatulence in dogs. However, it is easy to prevent these harmful effects of quinoa. Since the saponins are only found on the outside of the small seeds, the toxins can be removed by thorough washing and boiling.

Four-legged friends that tend to have digestive problems or suffer from previous illnesses should only eat quinoa after consulting their vet.

How Do You Prepare Quinoa for Dogs?

To prepare quinoa, first, wash the seeds several times in warm water until the water runs clear. Then you can either boil the grain or pour hot water over it and let it swell. Then feed your dog the porridge either pure or together with the dog food or barf menu. Puffed quinoa flakes are also available in stores. As long as there are no additives such as salt or spices, you can also use puffed seeds or quinoa flakes for the preparation. When you give your dog quinoa for the first time, the first test with a small amount is whether your four-legged friend can tolerate the food well.

If you experience indigestion or other symptoms, seek advice from a veterinarian as to whether quinoa is suitable for your dog.

Quinoa for Dogs in Brief