It is necessary to start training and raising a puppy from the first days of its appearance in your home. The new owner may mistakenly believe that the training of the dog should be carried out at a strictly allotted time.

But the beagle breed is very smart and trainable, so every minute should be devoted to raising a puppy. Although it is not so difficult to instill special skills in a dog if you pay attention to it every minute, many owners, without realizing it, spoil the pet’s character. 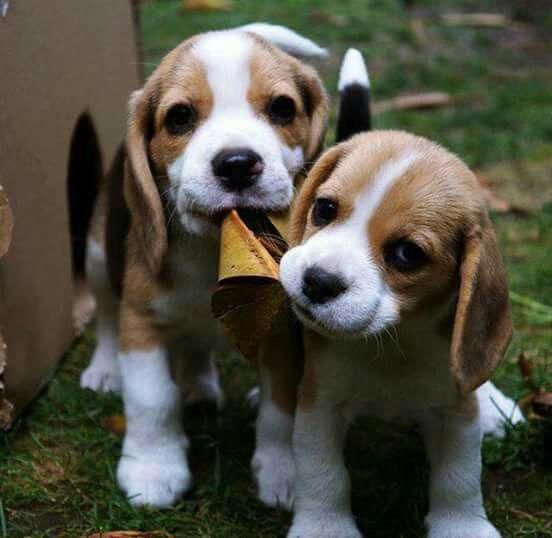 The main thing is to be consistent in your actions, this applies not only to the owner of the dog but also to all family members living in the house and communicating with the animal.

It is advisable to start raising a beagle puppy at a very early age and do it before 6 months. After this age, the dog is already difficult to train.

Contents hide
1 How to Toilet Train a Beagle?
2 In the Apartment
3 Outside
4 Teaching Your Puppy to Toilet on the Street
5 Why Does a Beagle Puppy Bite and How to Wean It?
6 How to Teach to Stay Alone at Home and Not Howl?
7 How to Stop Barking at Other Dogs and Pets?

How to Toilet Train a Beagle?

If you want your dog to go to the toilet on the street, then two walks a day are not enough. The beagle must understand that the street is a toilet.

After waking up, you immediately need to take the dog and go into the yard, wait until it does its business, and you can return home, then you need to do the same at lunchtime – and again you will have to walk until the pet goes to the toilet. If you do this regularly and at the same time, then everything should work out.

This breed initially got a portion of quick wits, and your task is to make the pet an obedient animal with decent behavior, both on the street and at home. 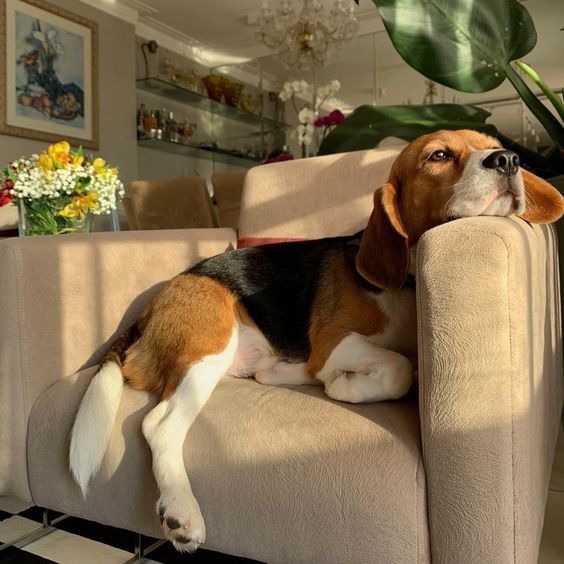 If you keep the dog in the apartment, then you should lay the puppy more diapers and gradually pull them to the door, and when he gets older, start taking him outside. This will help the baby understand that the toilet is outside the apartment. But some small puppies that do not go out yet need to be trained to go to the toilet in one place.

The first step is to spread newspapers and diapers all over the room and restrict the puppy’s movement. As soon as he does his job for the newspaper, praise and encourages him. Gradually reduce the areas covered with newspapers and diapers. The dog will already know where to go to the toilet. Most often, the beagle quickly understands this, and there is no need to run around the corners and collect the waste of its life.

It is better to get a very small puppy, starting from 1.5 months. So you can raise the animal yourself, based on your preferences. Although many experts believe that the process of socialization occurs in puppies at the age of 2.5-3.5 months. 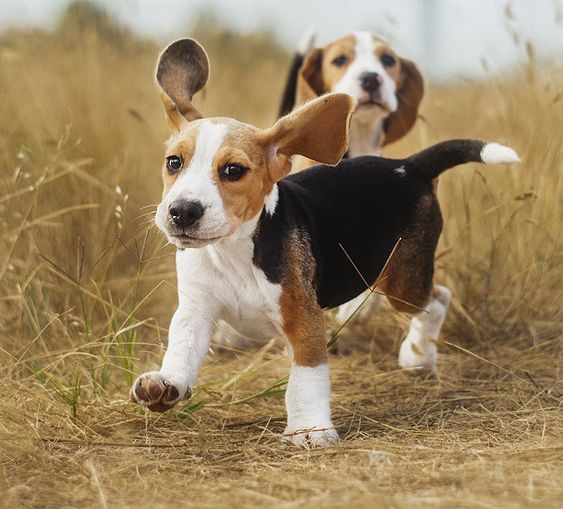 The next task is to train the dog to do his business on the street. This is not so easy at first, the puppy can walk and go to the toilet at home. If you saw the process of emptying in the apartment after a walk, you should not yell at the beagle and interrupt his actions, this will only provoke the pet to look for a more secluded place for this.

Walk with your puppy more often, preferably in places where there are dogs – when your pet sees how other dogs do it and smells the dog’s litter, he will try to empty himself on the street. After that, you can praise the puppy and give him a favorite treat. After that, let them frolic and play with the children or with you. Then it will be fixed in his head that first, he goes to the toilet, and then there will be entertainment.

Teaching Your Puppy to Toilet on the Street

Once on the street, the puppy does not understand the reason why he was taken out. Therefore, after he goes to the toilet, it is necessary to perform some action, for example, whistle or say certain words of praise.

At the same time, pet the animal and treat him with a treat. Subsequently, this action will become a command to empty the animal. Do not train your dog to go to the toilet on the street in the same place, then he will not be able to do his business in other places.

At first, you will have to take the puppy outside after each feeding. Then, as the beagle grows, this time is reduced, based on the current situations. Do not scold the beagle if he habitually went to the toilet at home, just encourage him more after emptying in the street.

Why Does a Beagle Puppy Bite and How to Wean It? 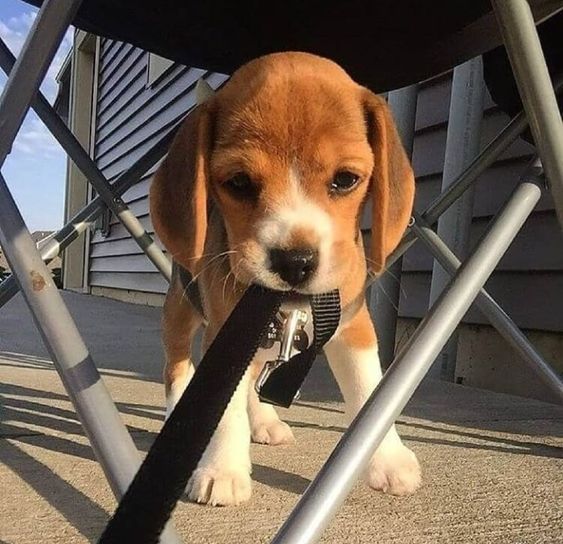 Often, beagle puppies, playing with the owner, bite him, they love to cling to their legs with their teeth, sometimes this is done as a joke, and sometimes seriously. It is better to eradicate this habit in childhood since with age the dog’s grip will no longer be childish. The best option would be to bite the puppy back, but human teeth and disgust are unlikely to allow you to do this. In this case, pat the puppy by the withers. How his mother would have done it. For some pets, another method works – you need to scream loudly and make it clear that the puppy has hurt you. When playing with biting, immediately stop practicing with the beagle – this way he will understand that this is not interesting to you, and you will not continue the game while he bites.

How to Teach to Stay Alone at Home and Not Howl?

Gradually, the puppy needs to be taught to be lonely for a short time, at this time the beagle should have enough toys so that he does not get bored. You should not give your old slippers as toys for your dog – having to smell your scent, he can do the same with your shoes. Increase your time away from home over time. This will help the dog get used to being alone.

How to Stop Barking at Other Dogs and Pets?

Weaning a puppy from barking at other dogs is not easy, but quite possible compared to an adult dog. Any time your pet decides to bark at passing dogs or other animals, punish him.

The punishment does not in any way involve physical violence. This is, first of all, the lack of affection for the puppy and unwillingness to play with him.

Remember that yelling in this case (like “Don’t do that!”) Will have a temporary effect.

There is also a good way to stop your dog from barking at passing animals. Prepare your favorite beagle treat before walking. Take him to a place where there are many walking dogs. And as soon as your pet decides to bark, distract him with food. This should be repeated regularly. It may take 2-3 weeks, maybe more. But over time, the puppy will develop a reflex, and he will stop opening his mouth at passing dogs.

A dog may bark at surrounding dogs for fear, during play, or to avoid fights.

It is very important to bring up a beagle dog. Then you will be proud of your well-mannered pet. Otherwise, the dog can do many unpleasant things, for example, while walking, injuring people or animals around him.

It is important to remember that when raising a beagle puppy, the main actions on the part of the owner should be affection and love for the pet. The dog is very good at picking up the hatred and aggression of a person – and then he will not want to follow commands and obey the owner.