The Shiba Inu is one of the most popular Japanese dogs. Until now, the breed belongs to the category of hunting, although for more than a century it has not been used for its intended purpose. Shiba has a very bright appearance, behind which a complex temperament is hidden. After reading the description of the breed, people often give up the idea of ​​having this little pretty creature. 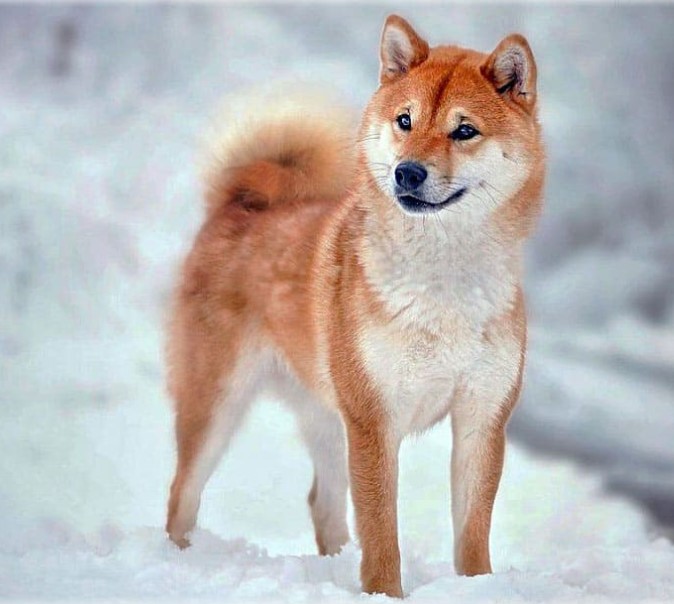 Genetic studies have suggested that the Siba Inu is one of the oldest Asian breeds. Its appearance was formed as a result of crossing native Japanese dogs with Spitz-like dogs that arrived from the continent. Of course, at that time the breed as such did not yet exist, but the type with certain features of appearance and character had already been determined.

At the end of the 19th century, after the opening of Japan to foreigners, native Japanese breeds began to actively mix with newcomers, of whom there was a huge number. As a result of uncontrolled cross-breeding, all local breeds, including the Shiba, were threatened. In 1928, the Japanese government supported the idea of ​​creating a community for the conservation of native breeds – Nippo, and the Ministry of Education endowed them with the status of natural monuments. Several purebred dogs were selected and a temporary herd was created, a small group of them was named Shibaken.

Thanks to the painstaking work of breeders in 1934, it was possible to raise the breed to its feet and approve the standard. Two years later, Shiba Inu was declared a national treasure. This played a huge role in its popularization and further development. In the same year, the Shiba Inu, Kai, and Akita Inu were recognized as separate breeds.

The second time the Shiba Inu was on the verge of extinction after the Second World War. In 1947, work began on restoration, the breed was saved. The IFF recognized the breed in 1964. Already at the beginning of the 70s, European nurseries began to breed it. In 1987, the breed made its debut at Kraft, where the British appreciated it. At home, only three organizations are engaged in breeding Shiba Inu and keep pedigree books. The breed is in the top ten most popular in Japan and ranked 46th in the US in 2016. 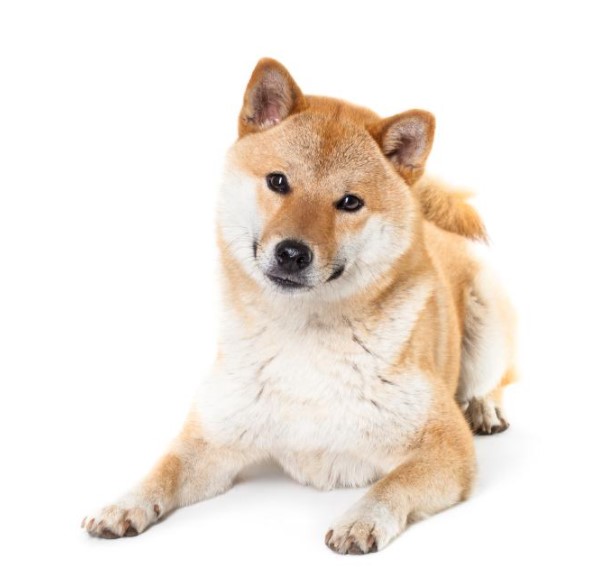 Siba Inu is seen differently by Europeans and Japanese. At home, attention is paid to the appearance of the dog, but also to the inner, spiritual strength, which is given a lot of attention in the standard.

Outwardly, the Shiba Inu is very similar to the Akita. It will be very difficult for an ordinary layman to distinguish them from a photo. The people even began to call the Shiba a dwarf or mini Akita, which is fundamentally wrong, these are two completely different breeds.

The head is distinguished by a wide cranial region. The transition to the muzzle is well defined, with a moderate longitudinal groove. The muzzle is slightly pointed. The bridge of the nose is straight, the lobe is black. The lips fit tightly. The bite is correct. The eyes are triangular in shape, slightly slanted, small in size. The color of the iris is brown. The ears are small, triangular in shape, erect, with the ends pointing slightly forward.

Shiba has a beautiful proud posture. The neck is strong. The back is straight and strong. The belly is well tucked. The tail is set high, curled up in a ring on the back. Legs are straight. The hind legs have long thighs and short tibiae. The pads are strong, the nails are dark and strong.

The coat is very dense, not long, consists of straight, hard guard hair and a soft, dense undercoat that lifts the awn. Several colors are allowed: 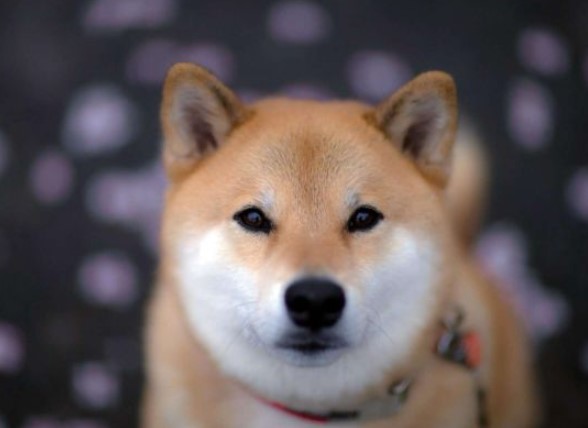 Shiba Inu has a strong, balanced temperament. The Japanese believe that this dog should have three essential qualities: good character, bold audacity, and innocence. Good character implies loyalty, submission, and gentleness. Bold audacity (Japanese Kan-i) is no less important. It means that the dog is brave and calm, brave and courageous, but not reckless, always alert and careful. There is a test to determine Kan-i in Japan. Two Shiba are pitted against each other and their behavior is observed. A dog with a good Kan-i meets the opponent boldly, looks without turning away, does not lower his eyes or tail and does not change his posture, holds his head high. Doesn’t attack for no reason. Innocence in other words: ingenuousness, simplicity, and sincerity.

What the Japanese describe so beautifully is really characteristic of this breed. Shiba Inu is intelligent and smart, habits are very important for her. Shiba Inu is very sensitive to the caress of the owner, but is restrained in the manifestation of feelings and, like a cat, plays or allows herself to be stroked only when she wants to. Shiba often makes decisions on his own and follows his own convictions, showing unprecedented cunning and perseverance. As he grows up, he will try to dominate and control the owner. 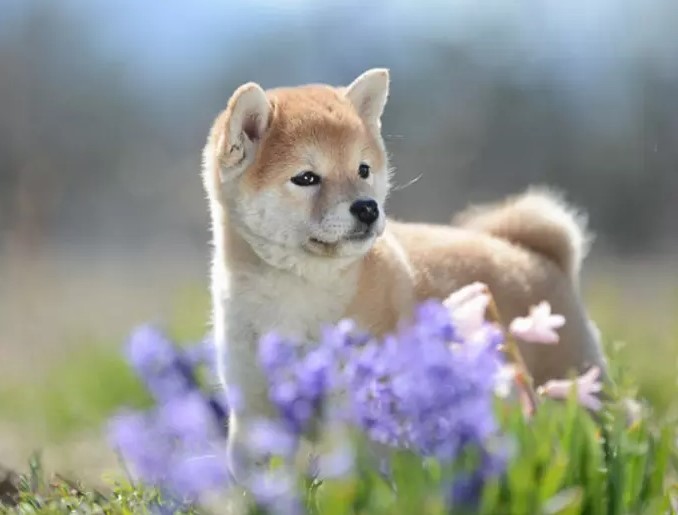 Shiba is very clean, avoids puddles, and tries to avoid dirty places, and after a walk, they lick their paws on their own. The peculiarity of the coat allows the dog to tolerate rainy and snowy weather well. To maintain a neat appearance, the dog needs to be periodically combed and bathed monthly. Other recommended hygiene practices include brushing your ears, teeth, trimming your nails, and trimming the hair between the paws.

It is very important from an early age to accustom a wayward pet to all manipulations. With the right approach, a Shiba puppy will endure all cosmetic and veterinary procedures. 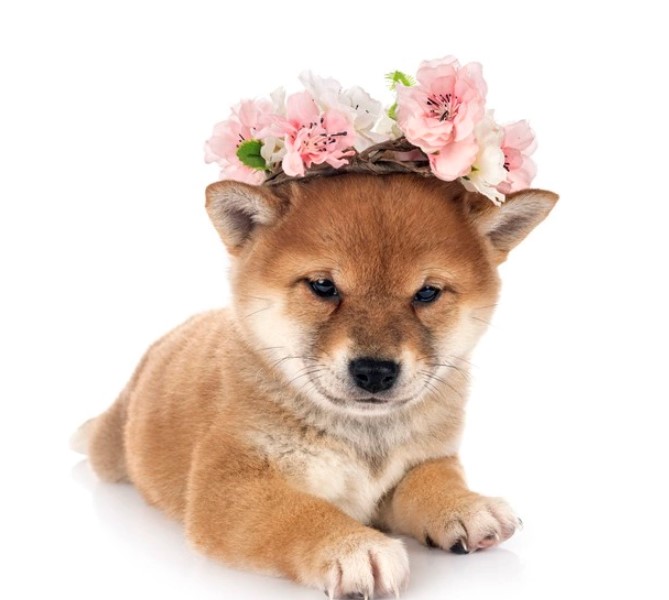 Shiba Inu are unpretentious and have good health. They did not have any serious genetic abnormalities, they only note a predisposition to a number of diseases:

Life expectancy is 12-13 years on average. Representatives of the breed age late.