Swimmer Syndrome, also known as Flat Puppy Syndrome, is a relatively unknown developmental disorder in puppies. The young dogs stretch all legs and cannot stand up on their own. Many dogs are euthanized out of ignorance, although the syndrome could be treated.

What is Swimmer Syndrome?

The swimmer syndrome has so far hardly been researched. Few people know that puppies are born with it, and even more rarely it is known that kittens can also be affected. The disease first appeared in the 1950s. The disease has even been diagnosed in small animals, farm animals, and birds. Most of the knowledge that is available today, however, relates to puppies.

What are the Causes of Swimmer Syndrome?

It is not yet entirely clear what causes the swimmer syndrome. Many expert opinions differ: Some speak of delayed development of the ligaments, muscles, and tendons, others see hereditary problems as a responsibility.

What Symptoms Do Affected Puppies Show? 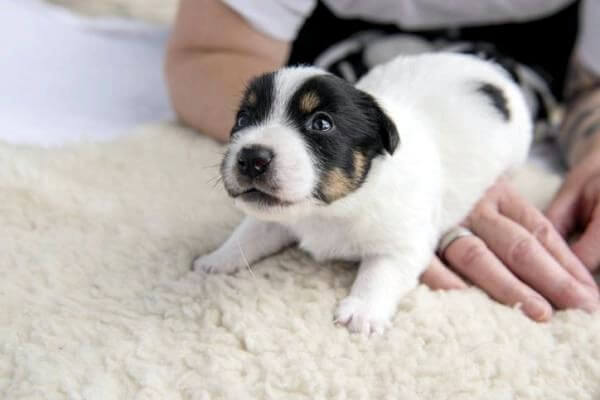 Approximately 14 days after birth, affected puppies show developmental disorders. Typically, the puppies lie flat on the floor and cannot use their limbs to stand up. Instead, the animals try to crawl forward with swimming movements. In some cases, there are deformities in the legs. The constant breast position of the puppies can also lead to a deformation of the chest.

In Which Dogs Does the Swimmer Syndrome Occur?

In general, swimmer syndrome can occur in any breed. However, it is more common in breeds that have short legs and broad chests. Brachycephalic breeds, i.e. animals with a severely shortened snout, also suffer more often from the developmental disorder. They include, for example, French and English bulldogs and pugs. In a litter, the largest and heaviest puppies are affected more than average.

What Kind of Treatment is Needed?

First and foremost, it is important that the puppy comes out of the constant chest position. Since he will not make it of his own accord, the person has to help. This works well with a blanket or towel that is formed into a roll. This allows the small dog to be supported during its sleep phase and thus lies on its side instead of on the chest.

Is There Any Therapy?

Contrary to popular belief, puppies with swimmer syndrome do not need to be euthanized. Affected owners should seek help from an animal health practitioner or animal physiotherapist. You can be shown the possible massage techniques and exercises and treat your puppies yourself at home. The more often the small dog is treated, the better the result will be in the end. With the right therapy, puppies can recover well to complete.