Today the Pomeranian is recognized as one of the most popular dog breeds. Like soft plush toys, miniature dogs attract attention and forever win the hearts of their owners. The most popular among intra-breed types of Pomeranians (there are 3 in total) are individuals belonging to the bear type. 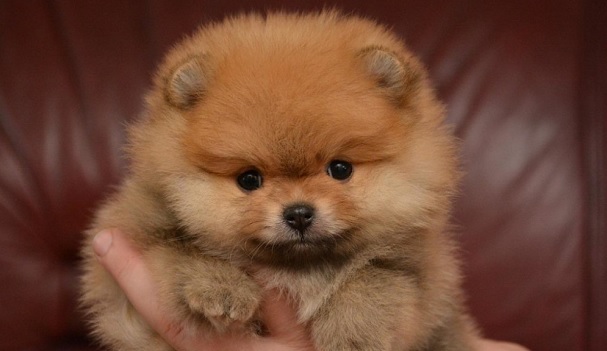 The ancestors of modern Pomeranians existed in the Middle Ages. These dogs were much larger and heavier and were used by humans for protection. Over time, the dogs that attracted German breeders were excommunicated from the watchdog craft, leaving for them the role of a decorative pet. For this, the Spitz was significantly “reduced” in size.

Selection work was carried out in Pomerania, after which the breed was named. There, breeders selected the smallest puppies from litters, which were used for further breeding. In the 19th century. miniature fluffy dogs were brought to the territory of England, where Queen Victoria liked them. The royal person played an important role in the formation of the breed, having given the order to breed only individuals whose weight would not exceed 3.5 kg. Over time, the Pomeranian was divided into 3 types, among which there is a bear, a fox, and a toy. Bear type from fox differs only in the shape and length of the muzzle.

The main difference between Bear Type Pomeranians and representatives of the other two intra-breed types is the presence of chubby cheeks, which are formed due to the thick hair growing on the cheekbones. It is impossible to predict the appearance of a puppy with such a feature in the litter. “Teddy bears” can easily be born among “foxes”.

Important! It is impossible to specially interbreed individuals with a similar appearance feature. The offspring may be born with developmental abnormalities or too weak.

In addition to the length of the nose and the presence of plump-haired cheeks, the “teddy bears” are no different from the Poms of the chanterelles. The only thing is that the miniature nose with a coal-black lobe in these dogs is located slightly higher than in the rest.

Pomeranians are quite interesting dogs. On the one hand, they are madly in love with their owner, on the other – every now and then they strive to put themselves on a step higher. Knowing this, experienced owners do not let their pets guide themselves and dictate the rules. Well, those who took a cute fluffy home for the first time can easily become a “victim” of this charming miniature dictator.

A Pomeranian bear cub will be able to make friends with a child if he treats him carefully and carefully. With other pets, tensions are possible due to jealousy of the owner. Even if the Pomeranian resigns himself to the presence of another dog or cat on his territory, he will not forget who is in charge of the house.

Although the bear-type Pomeranian is in increasing demand, this has a negative effect on the breed itself. For the birth of puppies with a similar appearance, the closest relatives are crossed, which as a result has very bad consequences for the offspring.