The German Shepherd is one of the most popular breeds in the world. In public, she evokes strong emotions: from admiration to hatred.

The German Shepherd is one of the most popular breeds in the world. There are two varieties of the breed: long-haired and short-haired. 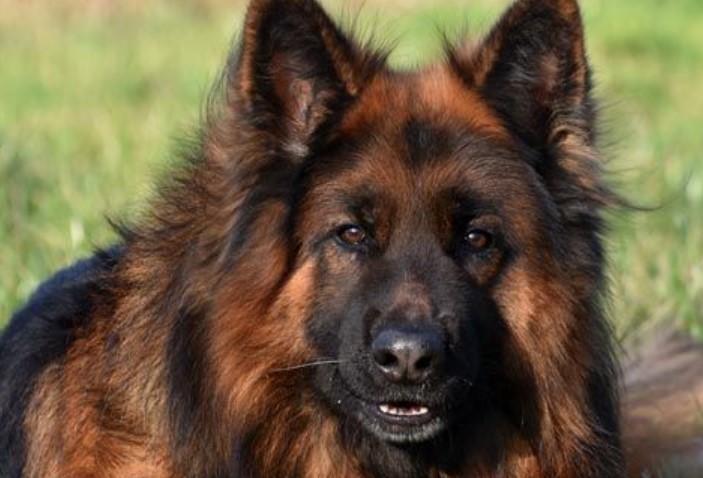 The characteristics of the German Shepherd breed are the reasons for its popularity. These dogs were bred as universal: guards, police and military dogs, helpers, and companions. There is practically no “profession” that these dogs could not master.

A well-bred German Shepherd Dog of the correct breeding is always ready to protect the owner and his family, but at the same time does not show unjustified aggression towards strangers or other animals. However, in order to get a faithful, healthy friend, you need to be very careful when choosing a nursery.

The German Shepherd feels good both in a private house and in a city apartment. However, she needs quite intense physical activity and “food for the mind.”

There are many champions among German shepherds. For example, Max, who served as a security guard in Zimbabwe, jumped over a wall 3.48 m high. Living in England, the German shepherd Duke set a record by climbing the wall (with crossbars) to a height of 3.58 m. The BBC showed the hero in the program “New record-holders”. And the German Shepherd Dog Mystic Altana from the USA won the largest number of diplomas – 275. 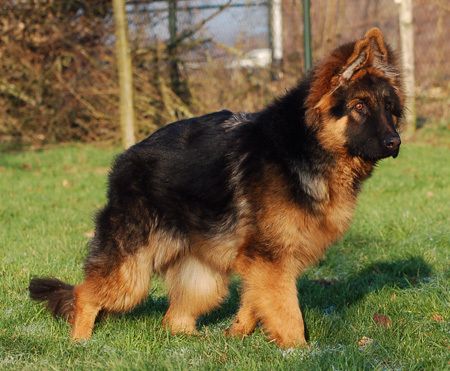 Some believe that the history of the German Shepherd breed dates back to the Bronze Age wolf. Perhaps it is this myth that determines the expectation of “wolf” character traits from the dog. One thing is known: in the VII century. Shepherd dogs of this type already existed in Germany, but had a lighter color. It darkened by the 16th century.

The progenitors of the breed are considered reliable intelligent mastiff-like dogs that accompanied the ancient Roman herds. Through the Alps, they came together with the Roman legionaries to southern Germany.

Sheep breeders of the 18th century dreamed of a universal dog capable of driving, accompanying, and guarding the herd and the shepherd himself while possessing intelligence, speed, strength, agility, and tirelessness combined with poise. From time to time, working competitions were organized by the shepherds, at which there was also an opportunity to compare the appearance of the dogs.

For the first time, German Shepherds were presented at the Hanover Exhibition in 1882.

One person played a major role in the history of the German Shepherd breed. It is believed that the honor of forming the breed belongs to von Stephanitz, a famous lover of dogs, who did a lot to improve their conformation and temperament. He also became the first president of the self-founded German Shepherd Society. The co-founders were three sheep breeders, the mayor of the city, an architect, a judge, and a hotel owner. Over time, it was this club that became a world-famous specialized breed association.

The first representative of the breed is the male Horand von Grafrath – a large powerful dog, about 63 cm at the withers, obedient, cheerful, energetic, and somewhat roguish.

Breed shows were held every year. Defective dogs were excluded from the breeding process. We took into account not only the exterior but also the working qualities of each of the future parents, their pedigree.

Von Stephanitz strove to ensure that shepherds turned from shepherds into generalists – and he achieved his goal. During the First World War, German shepherds “worked” as messengers, orderlies, guards, watchmen. At the same time, they were actively used by the police.

After the war, amateurs who saw shepherd dogs in Germany and were able to appreciate their working qualities took several dogs to Great Britain. Among these people was Allan Cecil-Wright, president of the English Kennel Club.

It was von Stephanitz who introduced the concept of kerung – to save the breed from thoughtless breeding and as a result of degradation. Kerung – a system of assessments, on the basis of which it was decided whether to admit a particular dog to breeding. First of all, the founder of the breed said, it is necessary to focus on working qualities, intelligence, temperament, and character. Gold words… 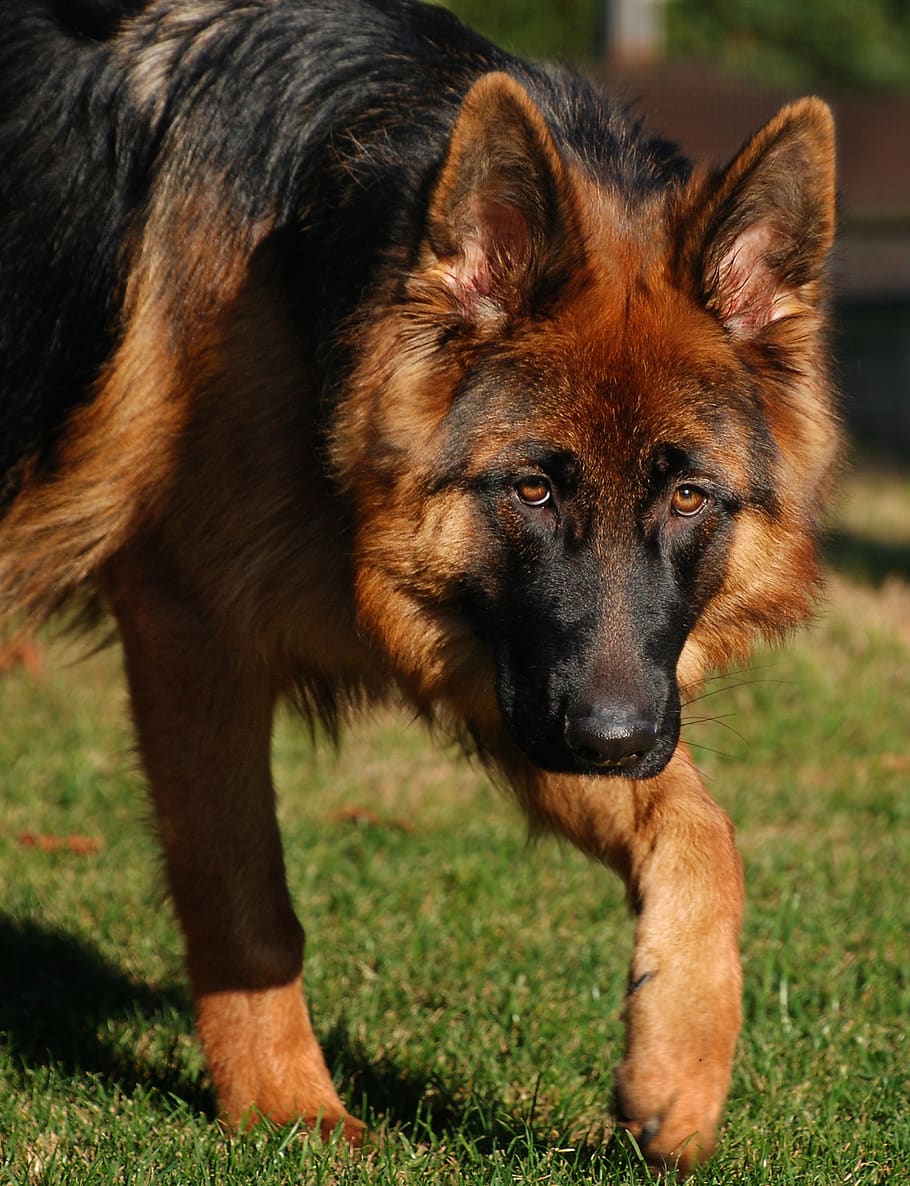 Alas, the fascism that came to Germany did not leave von Stefanitz a chance. He died in 1936, unable to withstand the persecution and threats.

Until now, according to the standard, the German Shepherd is, first of all, a working dog, capable of almost any kind of special training, balanced, unperturbed, with an even character. Values ​​worth cultivating: a passion for work, great instinct, instant reaction, and unlimited dedication. As before, these dogs work as watchmen, guides, rescuers, policemen, sappers, signalmen, shepherds, and companions.