One comrade had a dog. A wonderful dog of the Caucasian-Alabaevsky breed, the size of an average bear and rare good nature. The latter is not a joke, a dog in its entire long life, if it suddenly frightened someone, it was exclusively by accident, and even then – only by its size. 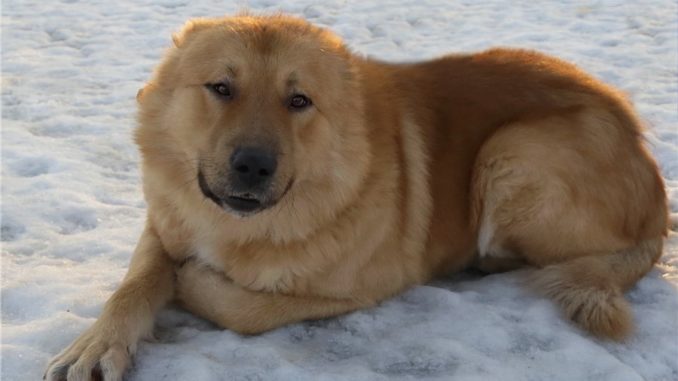 And the dog was also distinguished by a very peculiar sense of humor and was very fond of its owners. For example, if she was impatient to take a walk, but she believed that it was impolite to climb up to the owner with a head the size of a suitcase, and even with drooling, it could be easier – with a little running start, beat her huge head against the front door: “Well, they won’t guess? Guess! “.

Well, how can you not do something pleasant for such smart people? She stole various things and brought them to the owners in order to please them – after all, it’s a mess when someone has, but their beloved owners do not.

So. Evening, summer, embankment, fishermen. The dog safely turns out of the collar and is carried away somewhere into the distance. The owner, accustomed to such feints, calmly sits on a bench and waits for her to deign to walk, indulging in philosophical reflections along the way.

And then … something rushes straight at him, most of all similar to a giant turtle, though with a proviso – he has not even seen such hefty turtles in the movies. In addition, the turtle was headless and its legs protruded from the bottom, and not to the sides as a turtle should.

“Carapace” safely leans to the side and turns out to be a rubber boat, from under which his beloved dog gets out with a joyful smile in all its immense mouth: “Master, look, what a cool thing!”

The owner lights up a cigarette and says: “Did you bring it? Well done. Now – bring it back to where you got it!”. The dog is not offended: “Well, what can you do, I didn’t like the gift …”, overturns the boat, carefully puts it on, and goes in the opposite direction. The owner, having finished smoking, follows. He finds a completely surprised fisherman on the shore.

His story: “I blew up the boat, was about to sail, and then this beast appears, it seems to be grinning, but wagging its tail. And I stand like a fool, with an oar that still can’t fight off such a colossus. And she … grab the boat – and how And there was no boat, no dog! I stand with an oar like a complete idiot because whomever you tell – they will be sent to a psychiatrist, and I myself already began to doubt my adequacy – the dog stole the boat! But then – steeper. While I tried to turn on my brains, something rustled in the bushes, and my boat came back. On my own. On my feet. If it weren’t for you, who appeared next, I would definitely turn to a psychiatrist. ”

If you have an interesting story about your pet, please tell us in the comments.