I happened to hear this story from an elderly villager named George. Once George decided to have ducks on the farm. A common thing in the village.

So I bought about twenty ducklings at the poultry farm, fenced off a small pen with a small chain-link for them, dug an old trough on the territory of the pen as a small pond, and the ducklings began to live and live there and gain meat. Yes, in such a nuance, he did all this in a fenced yard near the warm wall of the porch. And for some time everything went very well, but then the ducklings began to disappear – in a week someone dragged three ducklings away. 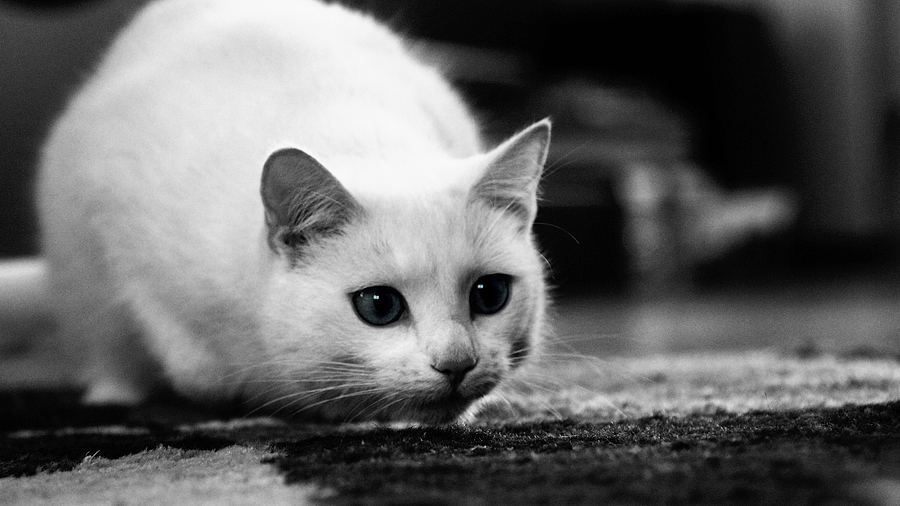 The first suspect fell on the cat. George’s own cat – healthy, fed on country milk and pure butter, and on the birds and rodents of which the tabby cat Bandit, as he was called, willingly caught. And how much the cat didn’t assure that he didn’t shit where he lived, no one listened to him and the cat was just once poked with its muzzle at what was left after one of the ducklings. After that, the cat’s physiognomy, when looking at Gregory, steadily acquired an expression of condescending contempt.

And then one day, shortly after this incident, at dawn, somewhere at 4-30 in the morning, George was raised by a terrifying noise under the window. From the courtyard came a wild screech or howl that did not stop for a minute.

In only his underwear, the owner flew out onto the porch and saw that ducklings and some creature on four legs were rushing about the yard, but with such a head-on which there were no eyes or mouth (or mouth), but there was a horn (fluffy)! The fence from the pen for ducklings is lying on the ground, the trough is turned out of the ground and lies upside down. To top it off, before his eyes, the creature flew into the fence and knocked out about five planks of not the first youth. The creature split in two and turned out to be a Bandit and a badly dented dog the size of a mittel schnauzer. The dog rushed to the side of the broken planks and rushed somewhere into the distance, without ceasing to scream. The laughter of a neighbor, who had managed to leave the house, joined the noise that had died down. He clarified something. 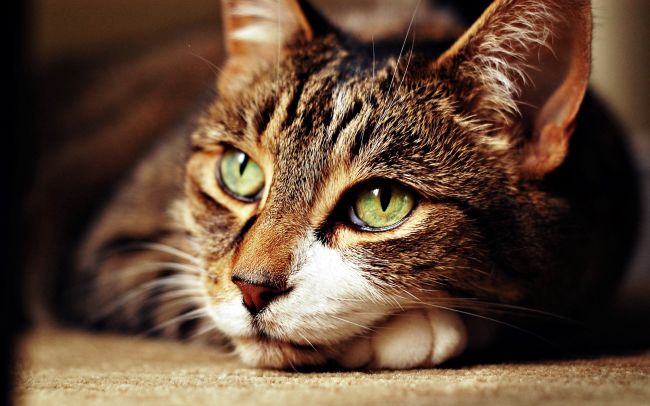 According to him, at about four in the morning he got up for the first milking (he has a cow, and his wife was in the city and was going to return on the first bus). Going to the window, he saw in the courtyard of George how the Bandit was lying on the porch rail and was clearly hunting someone. While the neighbor was trying to understand who the cat was following (the yard was not visible to him because of the fence).

The cat suddenly took the Fighting Cat Stance (the scruff of the neck is raised, the back is arched and the tail is on end, the ears are pressed, the eyes are burning like coals), jumped down from the porch, and in the next moment those sounds were heard that were identified by the awakened neighbor as a mixture of a dog squeal with a cat howling, the roar of a trough turned upside down (where the dog, most likely, fell out of fright) and the panicky quacking of ducklings rushing scatteringly.

The cat, in all likelihood, having decided to find out for himself who set him up like this, set up an ambush right over the pen of ducklings.

Subsequently, the dog was found. He suffered decently – the Bandit, apparently, dived into his face head to tail and thoroughly tore the dog’s ears and the back of the head with his front paws, and his muzzle and throat with his hind paws. Let him say thanks for not hurting his eyes – when jumping from the ground, cats aim at them.

The bandit, on the other hand, practically did not suffer damage – one broken claw and a bruise on the boards is a trifle for a tough country cat. Needless to say, George apologized for his accusations of stealing ducklings. And the Bandit, as a reward and moral compensation, received such a ration of sour cream that later he even had an upset stomach. 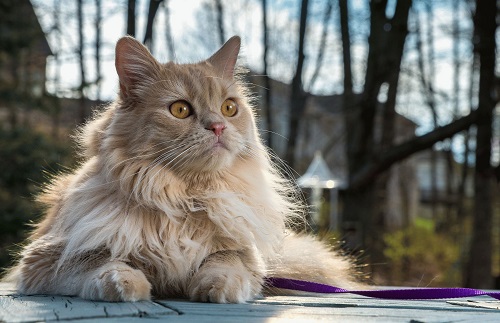