Large dogs attract the attention of every caring animal lover. Still, tall, heavy dogs have a special become – they are beautiful, majestic. With them, you feel confident and calm, because even their mere appearance instills fear in the ill-wisher.

Advantages of having a large breed

The advantages of large dog breeds are many. For example, large pets can, if necessary, protect the owner’s life and property. Moreover, they will affect the enemy not with the help of powerful barking, but due to their serious dimensions. The weight of some healthy dogs can exceed a centner, so a rare intruder will risk fighting them. Such dogs-guards and watchmen, possessing impressive dimensions, include the Caucasian and Central Asian shepherd dogs, St. Bernards.

Another indisputable advantage is the endurance of large dogs, their readiness to serve a person, to be useful. Breeds such as Newfoundland and Leonberger serve in the ranks of the police and rescuers. Thanks to their excellent instinct, the ability to make quick decisions, and the absence of anger towards humans, these animals save other people’s lives, sometimes risking their own. They are also able to become guides for blind and visually impaired people. They can look after the kids when their parents are not around. Despite the lack of aggression, such dogs can intercede for the owner, because they have fearlessness. 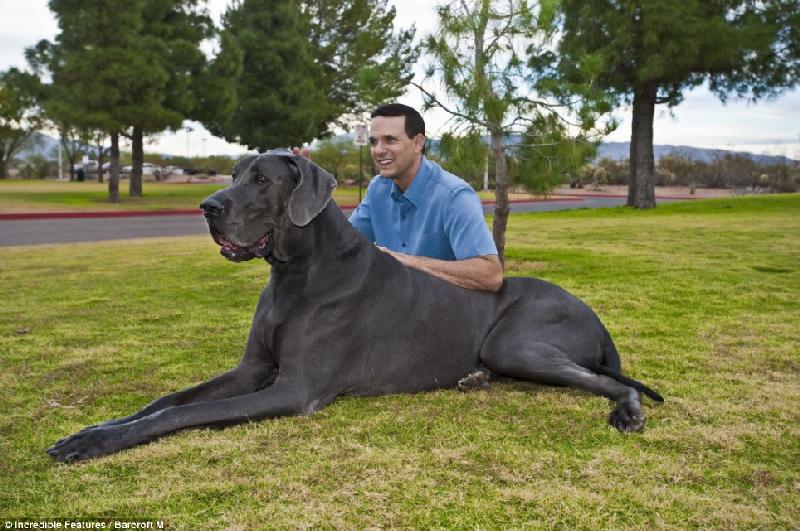 Large dogs are not sissies, they can live not only in an apartment but also in outdoor enclosures. Usually, they are not afraid of cold winters, they can survive the heat normally. You can take such pets with you on a trip – to the sea, to the forest, without fear of accidentally losing sight of them. According to many breeders, it is the large dogs that are distinguished by their greater ability to learn and train (in comparison with small decorative breeds). Also, sometimes healthy dogs are distinguished by a more balanced and calm disposition, they rarely bark, they can be friends with other pets in the house. True, provided that the owner pays a lot of attention to their correct upbringing since an untrained and disobedient giant is a headache for everyone around.

However, giant dogs also have some weak points. First, their life expectancy is relatively low – from 6 to 12 (rarely 15) years. While some small breeds live up to 15-18 years. Also, the ailments of most heavy and tall dogs are joint diseases (dysplasia of the hip and elbow joints, arthritis, osteoarthritis, etc.). Often, healthy dogs have problems with the cardiovascular system.

The largest dog breeds in history

The largest dogs can be judged on two dimensions – weight and height. The heaviest dog in history is considered to be a dog named Aikama Zorba, who lived in the UK in the late 1980s. This English Mastiff weighed as much as 155 kg. Slightly lighter (128 kg) weighed a dog of the same breed Hercules. Also known as the record of St. Bernard named Benedict, who reached 140 kg in weight.

The tallest dogs are considered to be Great Dane. Their usual height is 75-90 cm or more. But such rates are not the highest. The Great Dane from the USA George (now, unfortunately, already deceased) has reached 110 cm at the withers. Its weight exceeded a centner – 111 kg. When George stood on his hind legs, his height exceeded 2 m (213 cm). George’s follower is Great Dane Zeus, whose height is 111 cm.

10 largest dogs in the world