The yellow-brown, somewhat clumsy, and yet lovable dog Pluto from the Disney family is one of the world’s most famous four-legged friends. Its name goes back to the celestial body of the same name that astronomers discovered in the year the fictional Disney character was born (1930).

Contents hide
1 Pluto the Dog in Brief
2 Pluto the Bloodhound from Disney
2.1 Pluto and his role in the Disney films
3 Temperament and Characteristics of Pluto
3.1 Pluto and its relationship with other animals

Pluto the Dog in Brief

Pluto is Disney’s Mickey Mouse’s pet dog. The dog Pluto is a rather unusual character in the Disney universe because, unlike the dog Goofy, he does not speak. The awkward Pluto made his first appearance in 1930 in the Mickey Mouse episode “The Convict Column”. Due to its great popularity, the four-legged friend got its own Disney film series in 1937.

Pluto the Bloodhound from Disney 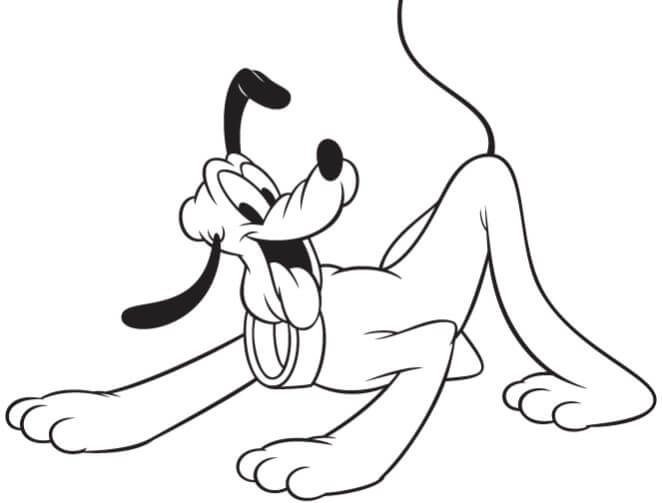 The Disney specialists took the bloodhound dog breed as a model for the fictional Pluto character. Unlike Pluto from the Disney films, this breed already existed in the 13th century. It includes all four-legged friends trained for welding.

The descendants of the dark St. Hubertus dogs participated in the pursuit of criminals and on hunts. Today the bloodhounds hunt less often, but they are popular as tracking dogs.

Pluto and his role in the Disney films

Unlike other Disney characters, the dog Pluto has no human traits. He doesn’t speak like his friend Goofy does, but growls and yaps on all fours. The four-legged friend makes his first big appearance in the episode “Convict Colony”. As a guard dog in prison, he accompanies his until then criminal human friend Mickey.

Temperament and Characteristics of Pluto

In theory, playful Pluto is at least as popular as Goofy. Even small children and babies are enthusiastic about the pictures and cartoons with Pluto. This is due to its detailed temperament.

Basically, the loyal four-legged friend brings a silent nature. He does not express his feelings in language, but solely in facial expressions and gestures. His character can be described as good-natured, happy, and adventurous. However, the unlucky Pluto tends to trigger disasters or slide straight into them.

Pluto and its relationship with other animals

The optimistic four-legged friend quickly becomes insecure when he comes across animals that are unknown to him. He reacts in panic with “exotic” animals such as a crab or a seal. He also has great claims to ownership. As soon as his master turns to another animal, Pluto is jealous. The clumsy fur nose did not stop in front of the ladies. Pluto falls in love twice during his Disney career – once with Fifi and later with Dinah the dachshund.