Inexperienced dog breeders are unlikely to be able to distinguish between Pekingese and Tibetan spaniels. They are very similar in appearance. This is what unscrupulous breeders use, who want to pass off one breed for another, and are engaged in crossing different animals.

Differences Between the Pekingese and the Tibetan Spaniel 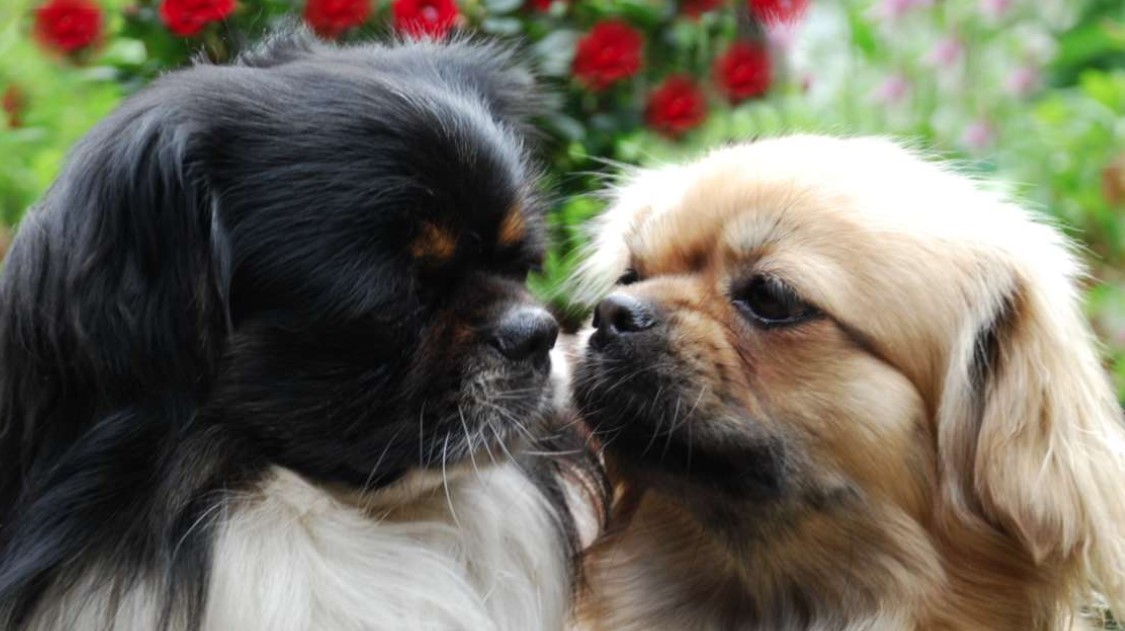 Despite the many similarities in appearance and characteristics of both breeds, they also have many differences. You need to know about them when buying yourself a pet of one breed or another. When choosing a puppy, it is better to study its pedigree and make sure of incriminating mating with representatives of another breed.

Important! Tibetan Spaniels, despite their long history, are not as noble as the Pekingese. These dogs did not have to lie on down pillows surrounded by servants. They earned their food with their guarding abilities.

Pekingese have a noble origin, and at all times were revered as almost sacred dogs. In the distant imperial times in China, dogs of this breed had their own servants and served exclusively as decorative dogs. Only very rich and close to the imperial house persons could afford such pets.

The Tibetan Spaniel lived in the highlands of Tibet, living in monasteries and guarding the territory of the monks. With their loud and sonorous barks, they announced the approach of strangers to the monastery. Circumstances forced such a small breed to be the guardians of the ministers. Large animals could scare off parishioners, while small spaniels did not cause much fear.

Not only amateurs but professionals alike recognize the many similarities between Pekingese and Tibetan spaniels. They have a rather elongated, graceful physique on long legs, which is conducive to long walks. In addition, tibbies, as spaniels are also called, are larger in size. They can reach 7 kg.

The coat is also very dense, but shorter than that of the Pekingese. The muzzle is flattened, with a pronounced nasal fold, the eyes are small, unlike the Pekingese. The tail is proportional to the body, curled up. The ears are medium in size, slightly rounded at the tips, drooping towards the cheeks.

As for the temperament, here the animals are very different from each other. In particular, the Pekingese have a rather arrogant and capricious disposition. Spaniels are very calm and measured, they are clearly aware of their duties and try to please their master in everything.

They do not know what it is like to lie on pillows and use the services of servants who can fulfill any wish. These are working, guard dogs who do not want to languidly sit still. A young Tibby needs special training to keep his sharp mind busy. Otherwise, you can get an uncontrollable animal tending to show aggression.

Initially, Tibetan spaniels had a clear protective purpose. Today, their disposition has changed greatly, due to the change in their functions. Today, this breed of dog is considered more decorative, to create comfort in the family. This is a companion dog, well oriented towards the owner. Although the protective inclinations are still preserved.

Pekingese are the aristocrats of the canine world. For many centuries they have been pampered, cared for, and cherished, considering them almost sacred animals in certain countries. Today they are not elevated to the rank of deities, but they are still very loved and dear to their owners.

Both breeds are considered ideal pets for housing today. They need proper upbringing and training in order to get an obedient pet and not experience problems in the future.