A cancer diagnosis in their four-legged friend comes as a shock to dog owners. No wonder: half of all dogs over ten years of age die of a malignant tumor. But what types of cancer are there in dogs? We provide information about which cancer diseases can affect dogs.

Contents hide
1 What Types of Cancers Do We Differentiate?
2 Canine Skin Cancer
3 In Females: Cancer of the Milk Ridge and Ovaries
4 In Males: Cancer of the Prostate and Testicles
5 Canine Blood Cancer
6 Canine Bone Cancer
7 Brain Tumors
8 Canine Nasal Cancer
9 Dangerous Spleen Cancer in Dogs
10 Canine Lung Cancer and Kidney Cancer are Rare
11 Signs of Cancer in the Dog

What Types of Cancers Do We Differentiate?

In medicine, it is customary to name the types of cancer according to the tissue affected or the type of tumor. The latter determines the question of what type of cancer cell we are dealing with.

The most common cancer cells in dogs are:

So we can speak of “skin cancer” or “basalioma of the skin”. However, diagnosing cancer can be difficult. Because of this, the vet needs tissue, which sometimes requires an operation. This does not always make sense for old and weakened animals. Therapy depends on both the localization and the type of tumor in question. 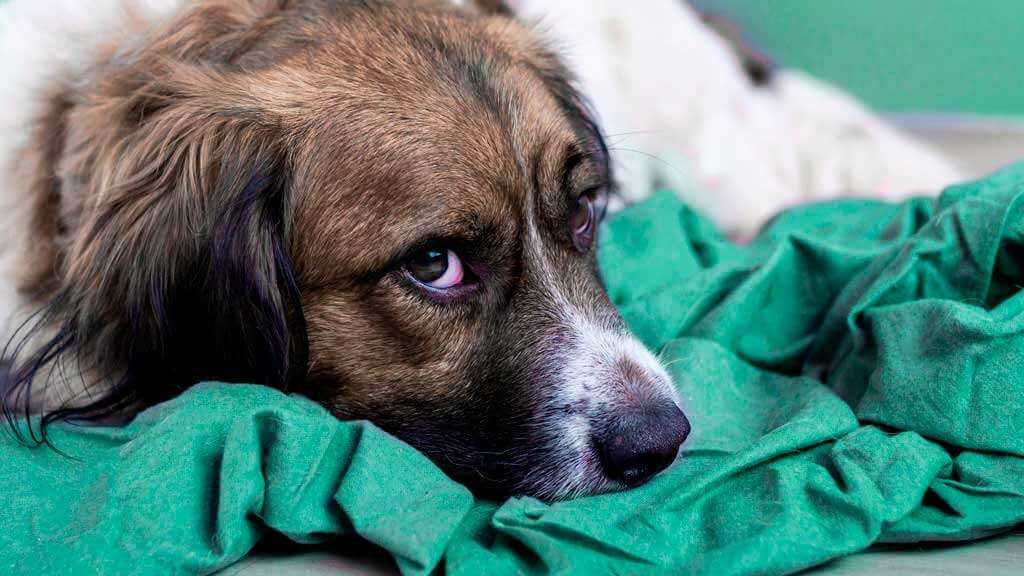 Older dogs in particular are prone to skin tumors, i.e. the formation of new tissue on the skin.

The good news is that around two-thirds of all dog skin tumors are benign.

Examples of benign tumors are warts or small nodules filled with fat, so-called lipomas, and basal cell tumors. Mast cell tumors are among the most common malignant skin tumors in dogs. Boxers in particular are affected by this. Canine skin cancer can also present in the form of squamous cell carcinoma. Since metastases rarely occur, the chances of recovery are great. The prerequisite for this is that the vet can completely remove the carcinoma. Melanomas can be benign or malignant. Melanomas in hairless areas in particular turn out to be cancer. They tend to spread into the lymph nodes, abdomen, or lungs.

In Females: Cancer of the Milk Ridge and Ovaries

The most common cancer in bitches is cancer of the milk bar. If tumors occur here, they are malignant in half of the cases.

Castration before the second heat reduces the risk of this disease. Ovarian cancer is less common in females. Signs of this are water retention in the abdomen or hormonal disorders. During an operation, the vet will often remove both ovaries and the uterus.

In Males: Cancer of the Prostate and Testicles

Prostate cancer mostly occurs in older, medium to large male dogs. The first signs are increased urination or constipation and loss of appetite. Unfortunately, prostate cancer often metastasizes in dogs. Testicular tumors develop especially when the testes have not descended on both sides when the puppy is a puppy. One or both testicles are then stuck in the abdominal cavity or in the inguinal canal. Tumors develop faster here due to the higher ambient temperature. Neutering cannot protect the dog from prostate cancer. However, removing unsaved testicles before the age of two will save the dog from testicular cancer.

Blood cancer is relatively common in dogs compared to other cancers. Mostly it is a malignant lymphoma, which is also known under the name lymphosarcoma or leukosis. The tumor attacks the lymphocytes and thus occurs primarily in the lymph nodes, spleen, and liver. If there are tumor cells in the blood, it is leukemia. For blood cancer, chemotherapy can significantly extend a dog’s life, depending on the stage of the disease. Up to a quarter of dogs can be cured with chemotherapy.

We speak of bone cancer when tumors develop on the dog’s skeleton. These tumors are primarily osteosarcomas. They destroy the bones, causing lameness and pain. Osteosarcomas form metastases. If it is not possible to amputate the affected limb, radiation therapy can alleviate the symptoms.

Older dogs in particular are affected by brain tumors. Neurological failures such as swaying or seizures and sudden changes in behavior can be signs of a brain tumor in the dog. Depending on where the tumor is located, the dog can go blind. It is often not possible to surgically remove the brain tumor. In many cases, radiation can give the dog a few months or even years with a good quality of life.

Nose cancer or cancer of the nasal cavity is uncommon in older dogs. It is accompanied by a cold, sneezing, or deformation of the skull. Tumors in this area are usually malignant. Operations are seldom possible there. In some cases, radiation can give the dog more life.

In contrast to cats, spleen tumors are more common in dogs. The majority of these are hemangiosarcomas that tend to metastasize. If it is detected early enough, the vet can remove the spleen and then perform chemotherapy. Older shepherds are often affected.

“Kidney cancer” with tumors originating from the kidney is also very rare in dogs. But other types of cancer metastasize into kidney tissue, so the kidney tumor can be noticed first. Pancreatic cancer is also one of the rare canine diseases. In principle, as in humans, a tumor can form on any organ or part of the dog’s body.

Signs of Cancer in the Dog

The sooner cancer is recognized in dogs, the better the chances of recovery!

If you notice one of the following signs, you should go to the vet with your four-legged friend: