Vitiligo is a skin disease in which the color pigments are destroyed and light spots appear on the fur of four-legged friends. A cure for white spot disease is not possible. This is simply because there is no treatment for pigment spots.

Contents hide
1 Vitiligo in Dogs
2 Vitiligo: the Pigment Disorder in Dogs
2.1 What Causes Vitiligo In Dogs?
2.2 Vitiligo in the dog and its treatment
3 It is Advisable to Go to the Vet If White Spots Suddenly Appear on the Four-Legged Friend

Vitiligo: the Pigment Disorder in Dogs 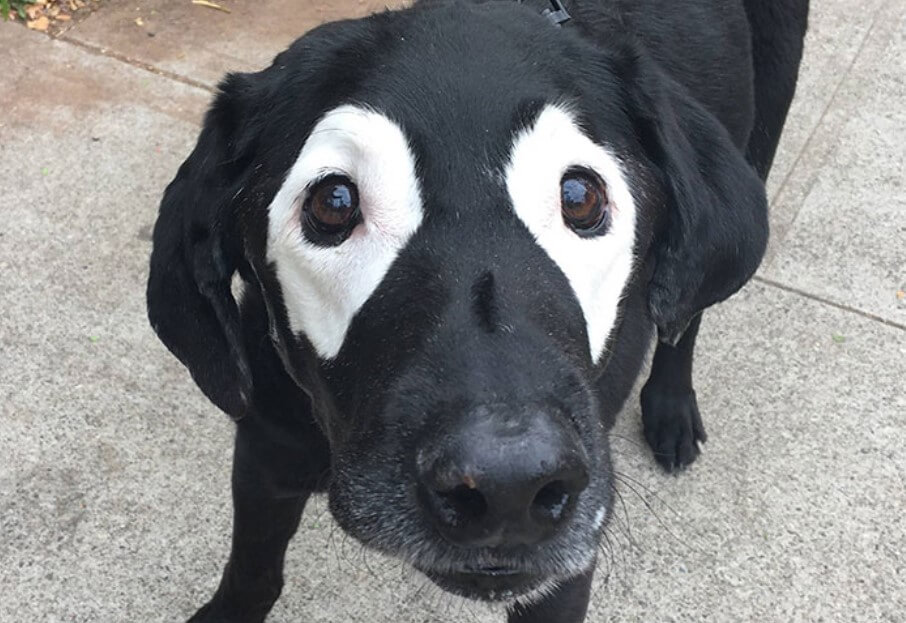 The occurrence of the disease Vitiligo extends to the animal kingdom and humans. Canadian model Winnie Harlow in particular has brought white spot disease into the spotlight in recent years. With her, Vitiligo has left large white areas on the actual dark skin. Across the world, white spot disease affects around 0.5 to 2 percent of the total population, but it can also affect cats or dogs.

Anyone who sees a pigmentation disorder on the lip of a dog first thinks of infectious skin disease. However, it can be a white spot disease. The occurrence of this disease is much rarer than, for example, a skin infection. Vitiligo is a disease with no risk of infection, which is probably genetic. White spot disease usually occurs several times in a bloodline. Vitiligo often starts around the nose and then spreads to the rest of the body.

Tip: If you want to reduce the dog’s pigmentation problems on the stomach or any other part of the body, use elderberry juice. This can support pigmentation in the dog.

What Causes Vitiligo In Dogs?

It is believed that white spot disease is caused by an overreacting immune system. The antibodies of the immune system, which fight off diseases, intervene in the color formation process. This is why the pigmentation of the fur noses is destroyed. The effect of this is to depigment your pet’s fur.

Vitiligo in the dog and its treatment

There is no way to cure white spot disease. All drugs that have been tested so far are ineffective. Homeopathy does not improve pigmentation either. Some dog owners use elderberry juice to enhance the coloring of their coats. However, the effectiveness of the liquid is without any scientific evidence.

There are many causes for depigmentation in fur noses. Therefore, it is important to rule these out before diagnosing vitiligo. If you notice a change in the color of the fur on your darling, it can also be the following: