Parvovirus is definitely one of the nightmares among viral diseases. The acute infection can hardly be treated and is often fatal for unvaccinated dogs. Dogs can, however, build up sufficient immunity through vaccination not to fall ill.

Contents hide
1 Parvo in Dogs
2 What is Parvo in Dogs?
2.1 Young dogs are particularly at risk
3 How Does the Infection Take Place?
4 What are the Symptoms and What is the Course of the Disease?
4.1 Death from blood poisoning and dehydration
4.2 Secondary infections and long-term effects
5 How is the Disease Treated?
6 When Can a Puppy Be Vaccinated Against Parvovirus?
7 Keep the Immune System Going!

What is Parvo in Dogs? 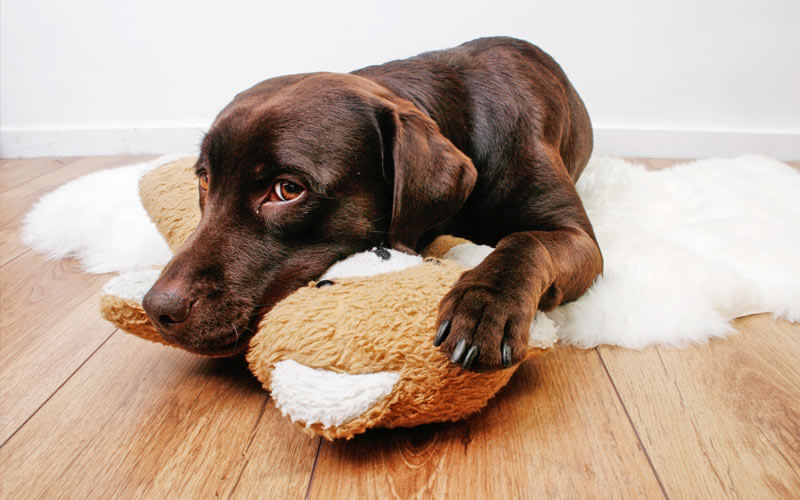 Parvovirus is a highly contagious viral disease. Their course is serious and can sometimes lead to death. The disease is caused by the extremely resistant DNA virus canine parvovirus (cpv). It can go without food for months. It is also excreted in large quantities by infected animals so that it spreads very quickly.

The viruses in one gram of feces can infect around a million dogs.

Young dogs are particularly at risk

In principle, all dogs are at risk of contracting the virus. However, animals mainly get sick between the fourth week of life and one year. In this phase of life, protection by maternal antibodies is no longer active. If the young animals are also not immunized early, the risk of disease is high. In this case, the first two to twelve days are particularly critical. Death often occurs at this point in time. But even if the inadequately vaccinated young animal survives the acute illness, it can die from the consequences: Organ damage and heart muscle inflammation are among the most common long-term effects of the parvovirus.

How Does the Infection Take Place?

The pathogen is found in the excretions and saliva of infected animals. Infection occurs mainly through the ingestion of infected feces, either through sniffing or eating. However, direct transmission from dog to dog is rare.

What are the Symptoms and What is the Course of the Disease?

The incubation period is four to seven days. After a week at the latest, severe symptoms appear, which soon lead to an acute further course. Severe and persistent vomiting in combination with very thin, sometimes bloody diarrhea is the first sign. Now there are also strong attacks of fever. The temperature sometimes rises to over 41 °.

Death from blood poisoning and dehydration

The most common cause of death in parvovirus is septic shock, i.e. blood poisoning. The combination of fever, vomiting, and watery diarrhea also makes the dog quickly dehydrated. This, too, often leads to death in the disease.

In the course of the disease, the viruses also get into the bone marrow. Here they lead to a deficiency of white blood cells (leukopenia) and thus to a strong weakening of the immune system. Internal organs and the heart are weakened and permanently damaged. Even years after the acute illness has subsided, dogs can die of organ failure or heart muscle inflammation.

How is the Disease Treated?

Once the virus has broken out, treatment is no longer possible.

All the dog owner can do now is alleviate the symptoms. Antipyretic drugs, charcoal pills, and plenty of water can help prevent dehydration. A hygienic environment is also very important so that the viruses cannot multiply any further. Surface disinfection is a parvovirus is extremely useful.

When Can a Puppy Be Vaccinated Against Parvovirus?

The severity of the disease depends largely on the dog’s immune status. Young and old dogs in particular are at risk. However, there are a number of things you can do for your dog’s immune system. Treat your beloved four-legged friend to a healthy, balanced diet. Having fun running outdoors in the fresh air is also a boon for the human-dog team – preferably together.