Yawning is contagious – it applies to humans as well as to dogs. Try a hearty yawn while your four-legged friend is watching you relax. Many dogs yawn too! But yawning seems to be even more widespread in the animal world than in humans – what is behind it?

Contents hide
1 As with Humans: a Sign of Tiredness
2 The Dog Yawns as a Reassurance Signal
3 What to Do If the Dog Yawns Often 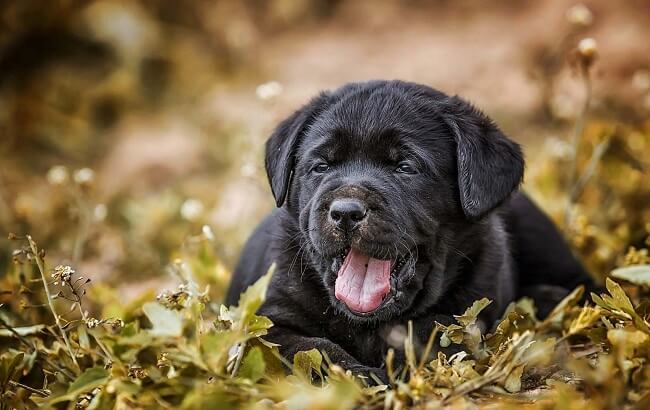 A common reason for dogs to yawn is simple and simple: the dogs are tired or sleepy. When people are tired, they yawn more often – this also applies to the first half-awake minutes after getting up. Like humans, dogs also tend to stretch extensively when they yawn after sleep.

But why humans and many mammals yawn more when they are sleepy is not clear.

The view that this increases the oxygen content in the blood has meanwhile been disproved.

The Dog Yawns as a Reassurance Signal

All mammals and even some birds yawn. Social effects play a major role here. This explains why yawning is contagious for dogs too: By doing this, dogs show that they belong to the same social group, their pack. Often the mimicked yawn is seen as a sign of empathy. This is in line with studies that show that very young children or people with autism who are less empathetic don’t yawn more often after watching others do it. Yawning can mean different things depending on the situation. For example, if the dog did something wrong, he may yawn to appease you.

Yawning is one of the so-called reassurance signals: Your dog tries to avoid conflicts.

Even when faced with decisions, a yawn can be helpful for the four-legged friend. Then yawning gives him extra time and physically relaxes the tense situation. In this case, yawning would be a skipping act that helps the four-legged friend through insecurities. So yawning has many possible causes and remains mysterious. But if you get to know your dog better, you can interpret his physical signals more accurately.

What to Do If the Dog Yawns Often

You usually don’t need to do anything if your dog yawns every now and then. However, yawning as a reassurance signal can give you valuable tips for living with your four-legged friend. For example, if your four-legged friend is of a more fearful nature, yawning can show you early on which external circumstances are irritating your companion. Yawning can help you understand your dog better. When it comes to normal everyday situations such as plugging in the vacuum cleaner cable, you should not pay any special attention to your dog. But you can then come up with a strategy to slowly get him used to the noisemaker.