Ivy is one of the most popular ornamental plants in Europe. With its strong green tendrils, it successfully adorns house facades, fences, and trellises. But what looks so pretty has it all: garden ivy is poisonous – for people and for dogs.

Contents hide
1 The Essentials in Brief
2 Why is Ivy Poisonous?
2.1 Toxic Saponins
2.2 Falcarinol, Which Causes Allergies
3 How Much Ivy is Poisonous to the Dog?
3.1 Beware of Old Plants
3.2 Avoid Poisonous Berries at All Costs
4 What are the Symptoms of Ivy Poisoning? 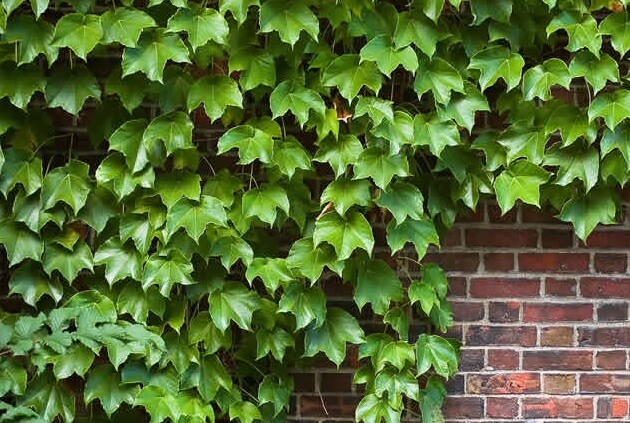 Why is Ivy Poisonous?

Like many other plants, ivy contains a certain substance that is highly toxic to the dog’s body. In addition, the climbing plant can cause allergic reactions.

The toxic saponins are found in many plants – for example in aloe vera, primroses, and cyclamen. These are toxins that form foam as soon as they come into contact with water. They cause irritation of the mucous membranes, the digestive tract, and circulatory problems.

In addition to the toxic saponins, the ivy plant contains falcarinol. The substance is not toxic, but it can cause allergies. Simple skin contact with plant components then leads to skin irritation. Redness, rash, and itching appear.

How Much Ivy is Poisonous to the Dog?

More important than the question of how much ivy is poisonous for four-legged friends is the question: Which parts of the ivy are particularly poisonous? Toxins are not only found in the leaves. The berries in particular are tough. In addition, the risk of poisoning increases with the age of the plant.

The older the ivy plant, the higher the concentration of toxins. Old plants can be identified by the following characteristics:

Older plants have a particularly high concentration of saponins inside. Even the consumption of small amounts leads to toxic reactions. Plants from the age of 20 are considered particularly dangerous.

Avoid Poisonous Berries at All Costs

When the ivy plant is around 20 years old and has reached a certain height, it will produce fruit. They grow on the so-called flower sprouts. The rather inconspicuous flowers of the ivy plant are light, yellow-green in color. When they have faded, the black-purple berries develop. The saponin is present in these berries in a highly concentrated form.

Usually, however, the berries grow in the upper area of older plants. The risk that a dog (or even a child) will eat a berry is therefore relatively low. However, ripe berries can fall to the ground where the dog can easily eat them.

What are the Symptoms of Ivy Poisoning?

If the dog eats an ivy leaf or berries from the plant, symptoms of poisoning will soon appear. The poison attacks the mucous membranes and the central nervous system. The gastrointestinal tract is also affected. The signs of poisoning are:

In addition, there are invisible symptoms, such as a burning sensation in the throat or a headache. The dog shows clear signs of malaise quickly after ingesting the poison.

Our recommendation: If in doubt, see the vet quickly.

If the dog has eaten parts of the plant or even the berries, a veterinarian should be consulted immediately. The sooner the poisoning is treated, the lower the risk of permanent damage or serious consequences.

Note: Even if the dog eats an ivy leaf, it usually stays that way. The saponins it contains are not only toxic. They also contain highly concentrated bitter substances – and they don’t taste good! The four-legged friend usually only absorbs small amounts of the plant parts and toxins anyway. In the event of a problem, however, you should immediately consult a veterinarian.