Every year new early bloomers delight us with their after-winter blooms. But what looks pretty may be dangerous for your four-legged friend. What happens when a dog has eaten one of the attractive flowers? Are tulips poisonous to dogs?

Contents hide
1 The Essentials in Brief
2 Can Dogs Have Tulips?
3 What Makes Tulips So Dangerous for Dogs?
4 The Dog Has Eaten Tulip: Symptoms of Poisoning 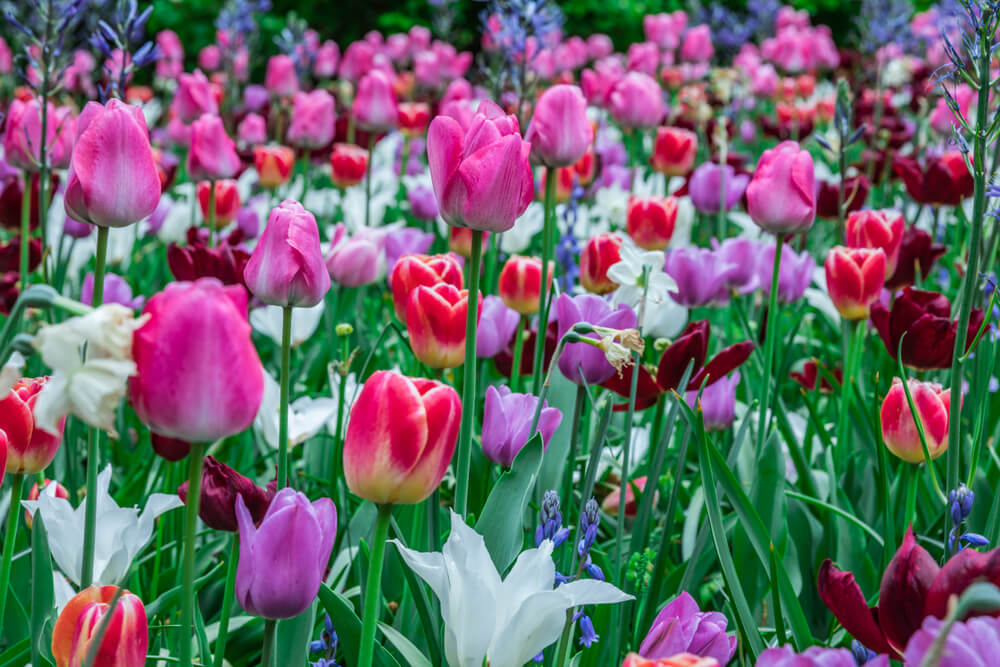 Can Dogs Have Tulips?

Tulips are among the most common early bloomers. They can be found in almost every garden. They also decorate the flower beds and borders in city parks and public places. In short: they are available everywhere for your four-legged friend.

However, Waldi should never get the idea of eating a tulip. It is one of the poisonous plants for dogs. Even if a dog just nibbles on the plant or plays with it, it can have serious consequences. This affects all parts of the plant:

What Makes Tulips So Dangerous for Dogs?

The so-called tulipanin is contained in all parts of the plant. The substance is highly toxic to dogs and cats. Even the consumption of small amounts leads to poisoning. These can leave permanent damage and under certain circumstances lead to death.

The Dog Has Eaten Tulip: Symptoms of Poisoning

Symptoms show up relatively soon after the dog has eaten the tulip or parts of it. The digestive tract suffers because it cannot process tulipanin. It also attacks the mucous membranes. At the same time, the poison affects the central nervous system: the pupils become larger and breathing accelerates. In some cases, the fur nose begins to hyperventilate. Here are the symptoms at a glance:

Our recommendation: visit the vet quickly!

If the dog really does eat a tulip, it is time to react immediately. Take your sweetheart to a veterinarian or the nearest veterinary clinic straight away on four paws. In the case of poisoning, every second is decisive for permanent damage or death.

However: dogs are known to be staunch carnivores. Waldi is unlikely to eat the flower whole. It is more likely that he will take the flower in his mouth to play with. Even in this case, however, poisoning is possible. After all, even small amounts are enough to be toxic in the dog’s body.