If you are thinking about playing sports with your pet, but classic agility or dog-frisbee seem boring, pay attention to more artistic sports, for example, dancing with dogs – freestyle.

This is one of the most fun with a dog, and the canine freestyle competition is a truly fascinating sight. Almost any dog can take part in them, but, of course, certain skills are required. 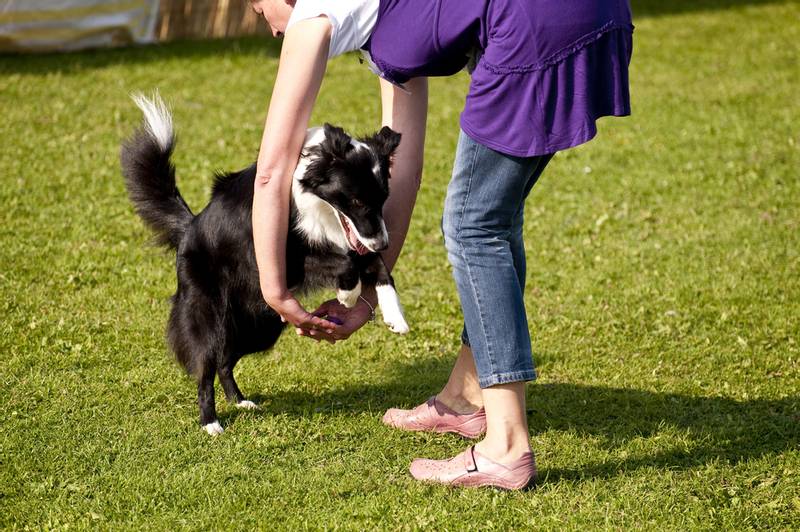 Canine freestyle is a special type of training. It combines dance and sports elements performed by a man and a dog to music. Simply put, freestyle is dancing with dogs.

There is no single version of its origin. It is believed to have originated around the 1980s in the United States, Canada, and the United Kingdom. Then some obedience competitions were held to music, and it was noticed that dogs are much more willing to follow commands with musical accompaniment. From such experiments, a new sport emerged.

The first freestyle show with a dog took place in 1990: an English breeder and trainer Mary Ray performed a dance with a pet to music. A year later, at an exhibition in Vancouver, Canadian trainer Tina Martin, along with her golden retriever, also presented a costume musical program. Both women are founders of organizations that have taken up the development of dog freestyle in the UK and Canada respectively.

Interestingly, this sport came to the United States from Canada. Moreover, the Americans focused on the spectacularity of the numbers, their colorfulness, and the complexity of the tricks, while the British – on obedience and discipline.

Freestyle with dogs is of two types:

Heelwork to music (HTM) is a discipline from the UK. The dance is performed directly by a person, while the dog must accompany him. The main emphasis is on the movement of the pet at a different pace, its obedience, and its discipline. It cannot be more than two meters from a person;

Freestyle is a more free performance that involves various tricks and movements performed by a dog and a person.

The breed of the dog does not matter. Healthy pets are allowed to participate, no size restrictions;

But there are age restrictions: puppies under 12 months old cannot perform;

Also, pregnant women and dogs during estrus are not allowed to participate in competitions;

An athlete paired with a dog must be over 12 years old;

The dog should be socialized, focused on performing the number, and should not be distracted by other animals.

As a rule, the competition consists of two stages: a compulsory program and an exhibition performance. In the first part, the team must demonstrate the required elements of freestyle, such as “snake”, circles, walking around a person’s leg, bowing, and backward movement. In a free program, a team can prepare any number in accordance with its level, including both compulsory and free elements.

Despite the fact that from the outside the execution of the numbers looks very simple, freestyle is a rather difficult sport that requires complete concentration and obedience from the dog. Therefore, before proceeding with the performance of the number, be sure to complete the General Training Course or the Controlled City Dog course. This will help to establish contact with the pet and teach it the basic commands.

You can train a dog both independently and together with a dog handler. Of course, if you do not have experience in animal training, it is better to entrust this to a professional. He/she will be able to prepare your team to compete.