Dogs can spin in place from time to time, and run after their tail. For example, waiting for you to get dressed and take you for a walk. Dogs can catch their tail to bite off fleas or stuck thorns. A couple of times it is not forbidden for the puppy to run after the tail.

Why does my dog chase his tail? 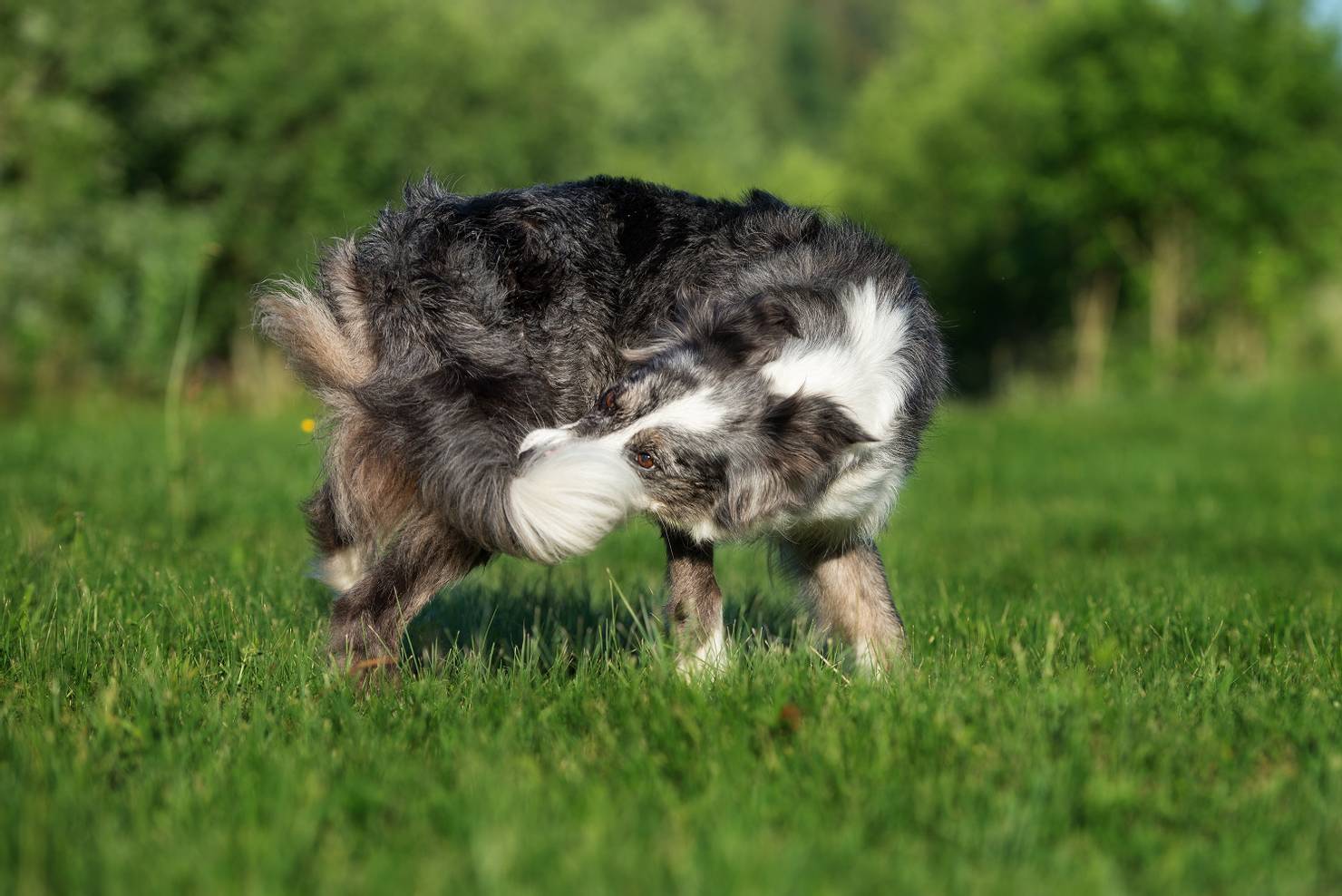 But if your dog regularly tries to catch its tail, then grab it in an armful and rush to the veterinarian, because your dog most likely has obsessive-compulsive disorder, i.e. mental illness.

Obsessive-compulsive disorder is a disorder consisting of a repetitive, irresistible urge to perform certain actions, sometimes with the presence of self-harm. A dog with compulsive disorder performs one or more activities repeatedly, to the extent that it interferes with his normal life.

Sometimes, in addition to catching a tail, a dog can simply circle in place, walk from corner to corner, gnaw or lick paws, sides, gnaw or lick an object, catch “flies”, suffer from a perverse appetite, rhythmically bark or whine, and stare at shadows.

These behaviors are commonly referred to as compulsive, and they are considered abnormal because they are reproduced outside the provoking situation and are often protracted, exaggerated, or obsessively repetitive.

In animals, compulsive behaviors are considered expressions of stress, frustration, or conflict.

Usually, the pursuit of the tail first manifests itself in a certain conflict situation, but then it can appear in other cases in which the animal experiences fear or strong arousal. Over time, the threshold for arousal that induces compulsive behavior can decrease, and this leads to the fact that the animal makes more and more obsessive movements.

Treating compulsive behavior takes time and considerable attention on the part of the dog owner and does not guarantee the complete disappearance of the obsessive behavior, but it can reduce its frequency, duration, and intensity.

First of all, it is necessary to identify the causes of undesirable behavior and conduct exercises to get used to them, that is, to increase the dog’s resistance to stress:

If you have to leave your dog alone, make it impossible for him to reproduce stereotyped behavior.

Engage in substitution behavior: The first step is to distract your dog as soon as it tries to mimic the compulsive behavior. Command the dog to do something incompatible with chasing the tail. Offer your dog a toy and play with your pet.

Use the medication as recommended by your veterinarian.