Why do dogs sometimes hobble, e.g. when standing or some animals even regularly? We investigate the causes of limping in dogs.

He was just running clear, then suddenly it happened: Our dog goes lame. For the owner, it is usually a real shock when the beloved four-legged friend suddenly limps significantly. Especially when he usually runs around vital and happy on his daily walks.

Especially since various problems can hide behind the limp: Sometimes it is an indication of small things that can be easily fixed. But it can also be an indication of a more serious illness that is behind it. Surgery may even be required.

What you should definitely not do: underestimate the problem! If you discover that your dog is lame, you should always consult a veterinarian. When he has found the cause, he will be able to judge what exactly needs to be done in this case.

Contents hide
1 Dog Limps: Causes
1.1 Dog limps after cruciate ligament surgery
2 Limping Due to Hip Dysplasia in Dogs
3 Dog Limps After Getting Up
3.1 Dog limps after lying
3.2 When the dog has been limping for weeks
4 Dog Limps in Front
5 Dog Suddenly Limps Badly
6 Dog Limps Without Pain 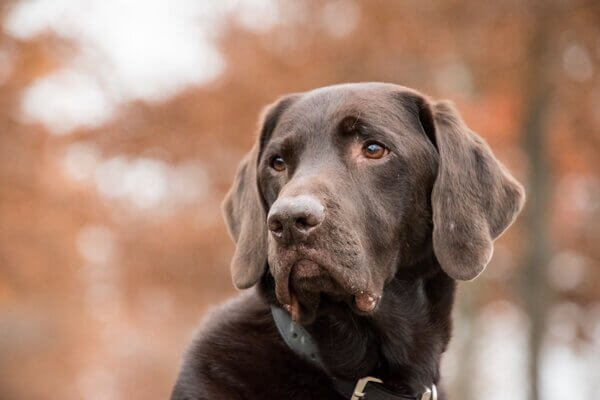 There can be several different reasons for lameness in dogs. Most often, a foreign body such as awns is the cause. But sprains or a bite injury from another dog can also be to blame. Because in the over-zeal of the game, some four-legged friends sometimes shoot over the target.

On the other hand, there are also muscle or bone diseases or congenital pathologies that lead to lameness. This also applies to infectious or inflammatory processes.

Therefore, the question “Why is my dog limping?” Can ultimately only really be answered by a veterinarian. In order to make the diagnosis, however, he must carefully palpate the animal or limb beforehand. X-rays and other checks are often required for clarification Only then can it be really well-founded what the real cause is and whether or not the limp is due to an initial illness.

Limping Due to Hip Dysplasia in Dogs

One inherited problem that ultimately leads to lameness is hip dysplasia. This is a malformation of the hip joint, which is a ball and socket joint. The head of the femur then does not fit perfectly into the acetabulum, which impairs mobility.

Hip dysplasia already develops during puppyhood; The degeneration of the cartilage tissue creates an incorrect posture, which in turn is to blame for chronic osteoarthritis, pain, and difficulty walking. Affected dogs typically have difficulty climbing stairs, running knock-knees at the back, or simply falling down instead of lying down slowly. Especially the latter, they do avoid pain.

Dog Limps After Getting Up

Some owners observe that their dog gets up limping after sleeping and lying down, of all places. There can be two different reasons for this. It can happen that one leg has “fallen asleep”. We humans also know this problem.

On the other hand, this may be a sign of inflammation. In the first case, the limp disappears quickly as soon as the dog starts walking and the paw “wakes up”.

When the dog has been limping for weeks

However, if the limp persists, a veterinarian should determine if there is any inflammation that will improve once the muscle warms up.

Particularly when puppies start to lame at the front, caution is required. This may be due to eosinophilic panosteitis, an inflammation of the medullary cavity of the long bones of the foreleg. In principle, dogs of any breed can be affected, but especially males and large breed dogs. Fortunately, this disease, which initially affects the front legs and later also affects the back legs, is quite rare. Affects approximately 2.6 dogs in 1,000.

To rule out or confirm eosinophilic panosteitis, a veterinarian must be consulted. This will make the correct diagnosis through targeted examinations.

If the limp occurs suddenly, genetic diseases or serious illnesses can almost certainly be ruled out. Usually, there is inflammation, trauma, accident or sprain, or the lame is the reaction to a foreign body.

If the dog suddenly limps without showing any other symptoms and otherwise makes a good impression, a visit to the veterinarian is usually sufficient to rule out the presence of serious disorders. He then initiates anti-inflammatory therapy.

The same applies to another case: Sometimes the dog suddenly begins to hobble but does not allow itself to be bothered further. He runs and plays as if nothing happened. Then you should first search it thoroughly. Maybe there is a tick behind it, a small injury, or a claw that is too long that hurts a little. This is no drama, but a visit to the vet is the right course of action here too. He’ll fix the little problem quickly.