Dogs also sneeze for a variety of reasons. Because behind the sneezing reflex that we take for granted are complex processes. Why do dogs sneeze? And when is sneezing a reason to visit the vet? We have put the answers together for you.

Contents hide
1 Reasons Dogs Sneeze
1.1 The dog sneezes because he has a cold
1.2 Sneezing as a skipping act
1.3 The dog is sneezing because of a foreign object
1.4 External stimuli that make the dog sneeze
1.5 The dog has an allergy
1.6 Poisoning and trauma as causes of sneezing in dogs
2 Special Case: Sneezing Backwards
3 The Dog Sneezes: When to the Vet? 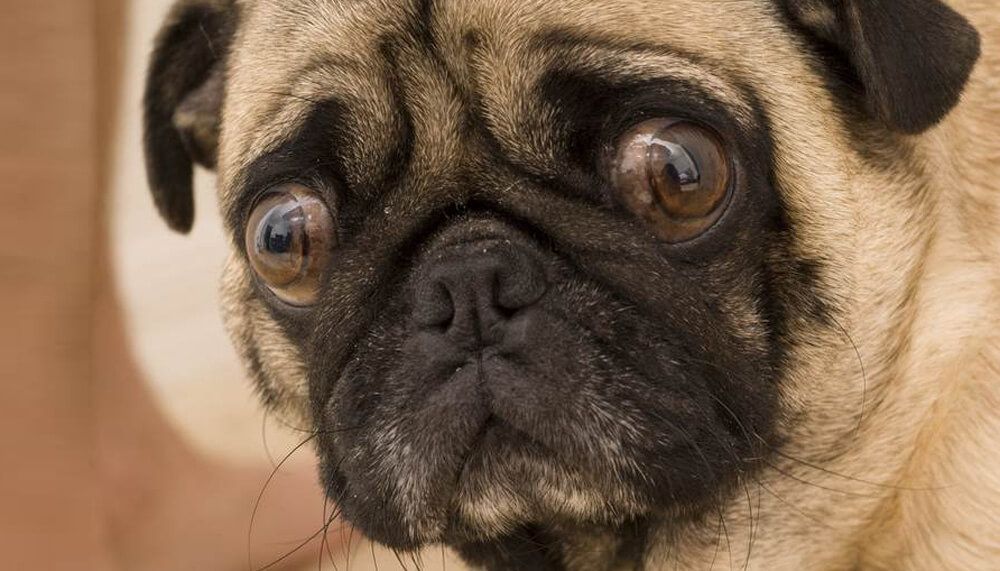 Your dog sneezes – have you just been thinking about him intensely? In East Asia, instead of “Health!” It says: “Someone is thinking of you!” A nice idea. But we take a closer look. Because as humans, sneezing is a symptom that can have various causes.

The dog sneezes because he has a cold

Like humans, dogs can sneeze when they have an infection. This can be caused by viruses or bacteria. With infections, sneezing is rarely the only symptom. Discharge from the nose, watery eyes, and fatigue are among the (un) popular companions of colds. Caution should be exercised especially with puppies, immunocompromised or older dogs. Take care of your dog and make an appointment with him at the vet. This also applies if the dog has a fever.

Sneezing as a skipping act

Would you like to teach your four-legged friend a little trick – suddenly he sneezes in quick succession, quietly but impressively? That sneeze could be a skipping act. Many animals fall back on a repertoire of known behavior in unsafe situations. This is how you calm yourself down or reduce stress. In addition to sneezing, skipping acts include scratching, yawning, and licking.

It is possible that your four-legged friend sneezes during training because he does not know what to expect from him.

The African wild dog shows that dogs are able to control sneezes. In packs, he uses sneezing for communication.

The dog is sneezing because of a foreign object

Dogs like to explore the world with their snout – no wonder that something can get into it that doesn’t belong there. For example an awn or a tiny blade of grass. Foreign objects in the nose or back of the throat can cause persistent sneezing. If your four-legged friend comes out of the bushes and sneezes heavily, there is probably a foreign body in his nose.

Another possible symptom is unilateral nasal discharge. If you can recognize the foreign body from the outside, you can in some cases help your four-legged friend out of trouble. Never insert sharp objects into your companion’s nostrils – there is a great risk of injury. If a stubborn foreign body causes your dog to sneeze, see a veterinarian with him as soon as possible.

Exhaust gases or swirling dust: external stimuli make not only us, but also our four-legged friends puff. Usually, the problem is resolved after one to three hearty sneezes. At the latest when the external stimulus is no longer present, the sensitive dog’s nose calms down.

The dog has an allergy

An allergy causes the immune system to overreact. There is nasal discharge and therefore, like a cold, sneezing.

Allergies are one of the most common canine diseases.

Our four-legged friends can develop contact allergies to a new detergent or suffer from a pollen allergy. Dust mites and medicines can also cause allergies. The main symptoms are itching or other symptoms around the skin. If you suspect that your dog has an allergy, speak to your veterinarian about it.

Poisoning and trauma as causes of sneezing in dogs

Poisoning and injuries can lead to sneezing. This usually happens indirectly – via nasal discharge in the form of secretions, pus, or nosebleeds. The nasal discharge triggers the sneezing reflex. In some cases, the nosebleed is in the foreground and should lead to a vet visit immediately. Rat poison is one of the poisons that cause nosebleeds in dogs.

Some young dogs as well as dogs of short-headed breeds such as pugs or French mastiffs frighten their owners by “sneezing backward”. The dogs stretch their legs and breathe in air through the nose like a fit. After a few seconds, the spook is over and the four-legged friend is inconspicuous.

The phenomenon occurs more often when the dogs are in a boisterous mood. The experts do not agree on the causes: backward sneezing in dogs may be due to a soft palate that is too long, inflammation, or cramps. If the dog swallows, it automatically ends the small backward sneeze attack.

Holders can help with a small treat. Occasional sneezing backward is harmless. If it occurs several times a day or cannot be stopped by the swallowing reflex, a visit to the vet is recommended.

The Dog Sneezes: When to the Vet?

If your dog sneezes a few times a day, don’t worry. If sneezing occurs regularly, observe the situation around your four-legged friend. If there are other symptoms of an infection or other signs such as apathy, a runny nose, or unwillingness to eat, you should consult a veterinarian.

This also applies to breathing difficulties, nosebleeds, and heavy sneezing fits. By this, we mean that the dog sneezes more than 20 times in 30 minutes. You should exercise particular caution with puppies: it is better to go to the vet with you too much than too little.