A mournful dog howl is one of the most unpleasant and even scary sounds for the human ear. Especially it is uncomfortable when the animal “grieves” at night. Still, after all, folk signs say that the howl of a dog foreshadows the imminent death or illness of its owner. But is it worth always being afraid of a dog’s “cry”?

For what reasons can a dog howl 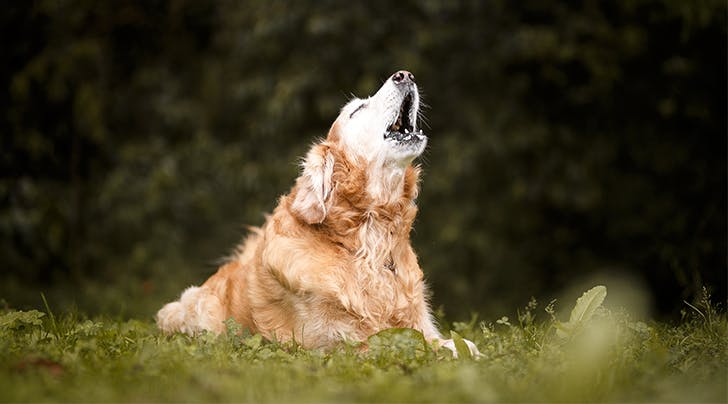 Let’s try to find the reasons why the dog howls:

Reason 1: instinct. Even the smallest and most harmless Tuzik is, in fact, a domesticated wolf. And wolves, as you know, use howl to communicate with other relatives. With the help of a voice signal, wild animals communicate with other members of the pack, announce their fellow tribesmen about finding prey, drive strangers from their land. A dog, in whose veins wolf blood flows, howling, can simply seek communication with other individuals. Hearing in the distance the piercing howl of another dog (this noise will not be heard by the master’s ear), the pet can easily “answer” it, introducing the owner into a stupor;

Reason 2: feeling unwell. It only seems to us that the dog howls for no reason. But this is how an animal can complain about pain, calling a person for help;

Reason 3: Sadness or boredom from being alone. Can you hear the dog’s “song” only in the absence of the owner? Perhaps the dog howls when it is left alone in the apartment, yearning for its beloved owner. The animal is simply lonely and has nothing to occupy itself with, that is why it makes noisy drawling sounds. For the same reason, an animal on a chain can “cry”, experiencing loneliness;

Reason 4: Call for play and communication. The animal can easily howl if the owner does not pay any attention to him. With the help of a loud howl, the dog seems to say: “Master, pay attention to me, play with me!”;

Reason 5: fear. The dog can react by howling to the sirens of ambulances or fire trucks, festive fireworks, gunshots, any loud incomprehensible sounds. When a person is afraid of something, he often shouts. Likewise, a dog expresses its fear by howling;

Reason 6: hunger. Does the dog howl at the neighbors? Perhaps this is how the animal asks for food. Unfortunately, sometimes people forget to fill the animal’s bowl with food when they are late for work. No wonder the dog starts to get nervous and howl;

Reason 7: Singing along. Some dogs-music lovers, hearing human singing or the sounds of a guitar (piano, violin, etc.), begin to howl. The web is full of videos in which the owner, say, plays the guitar, and his dog “sings”. True, not all animals react to music. Most dogs are indifferent to melodies;

Reason 8: warning of fire or another disaster. Dogs have an excellent sense of smell, they are hundreds of times better than humans at capturing the most subtle odors. The animal may howl, for example, when it smells like burning (warns of fire). There is even such a sign: a dog howls, lifting its muzzle – to be on fire. Also, sometimes animals begin to howl several days before the robbery of the master’s house or another unpleasant event (for example, flooding an apartment). How four-legged friends feel trouble is a mystery;

Reason 9: Predicting severe illness or death. No matter how creepy, but sometimes a dog howls in the yard during the day or at night to the worst news: to illness or the imminent death of its owner (or any of the family members). Mysticism can be treated in different ways, but it happens that on the eve of a person’s untimely death, his dog howls for a long time and shrilly. Why is that? How can a dog know when a breakup is coming? It is believed that the pet simply smells a special smell from a person before death. But an animal can howl even before a sudden death (accident, fall from a height, etc.). No explanation can be found. The dog is simply anticipating trouble. By the way, according to legends, a dog howls to the deceased, burying its muzzle in the ground;

Reason 10: joy. In order not to be too scary, we note that a dog can howl with joy, for example, when meeting its owner from work. Or by smelling a member of the opposite sex running nearby. That is, the animal expresses its positive emotions by howling.

How to be the owner if his dog howls 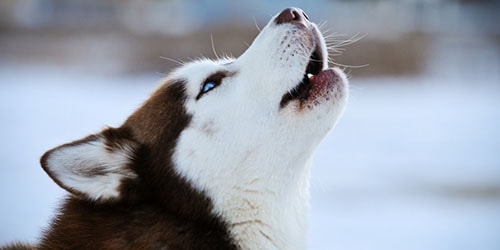 Considering that most will accept the dog’s “crying” promise very unpleasant news, the question arises: “What if the dog howls?” Let’s first consider what our ancestors advised us to do:

But what about a modern person who hears a dog’s howl? If an outside dog howls, of course, nothing can be done. Maximum, you can call a neighbor and inquire about his health. But if your own dog is worried, you should do this:

You should not be afraid of a dog’s barking, however, it is necessary to pay attention to the disturbing sounds given by the animal. It is important not to shout at the dog if it suddenly howled, but to try to calm the pet down and find out the reason for “crying”.