Looking for a melodic name for the fur nose? C’est great! Then the following French dog names are just the thing. We introduce ten beautiful names and explain their meanings.

The French language is popular, even with dog names. Many associate it with romance, dreaminess, and love. French dog names are a perfect match for dog breeds such as the Bichon Frisé, the Dogue de Bordeaux, or the French Bulldog. 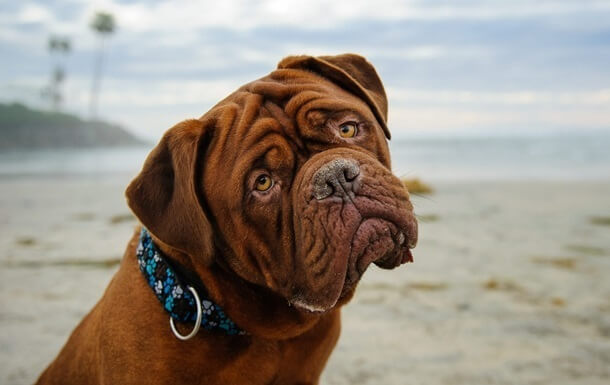 The name Beau (pronounced: Bo) means “the beautiful one”. In England, it is often used as a boy’s name and the pronunciation here is “Bju”. The name is just as suitable for males. But no matter which pronunciation future dog owners choose: the meaning is just beautiful!

A little jewel moves in Bijou is translated as “the jewel” and is suitable for bitches. It is a popular name for fur noses and, in addition to having a wonderful meaning, it also has a beautiful sound.

When hearing this name, many think of the cartoon character of the same name from Canada. Caillou means “stone”, “pebble” or “bald head”. It is hardly suitable for humans, but even more so for male dogs!

Some glamor? Many associate this name with the perfume “Eau de Chanel” by the French fashion designer Coco Chanel. By the way, the word translated means “small jug” or “canal”. It’s an apt name for bitches.

Four-legged friends are just adorable. Therefore the name Chérie is not far-fetched. It means “darling” or “sweetheart” and is an excellent choice for all females.

Filou – the name sounds cute and lovable. It is translated as “the rascal”, “crook” and “rascal”. But when Filou is bestowed with a wink, it is a great idea for the name of a male.

For some, French is the most beautiful language in the world. For others, however, it’s flowers. Fleur combines both because this name means “the flower” or “the blossom” and is suitable for bitches.

This name exudes French elegance in the pack. This is a common French boy name. The origin is not clearly clarified, but the meanings “guest” or “good guy” can be found for the name Gaston. The latter is a pretty accurate description of a great male.

“The rower” or the “remedy” – that is what the French name Rémy means. He is quite popular in France and males come running all over the world when this melodic name is heard.