German dog names are trendy. No wonder, because they meet two important criteria: They are easy to pronounce and impress with their timeless charm. This article provides an overview of beautiful and popular dog names from “Good Old Germany” and explains their meaning.

When it comes to German dog names, the vintage trend is clearly ahead. They exude a touch of elegance and nostalgia. The following names aren’t just worth considering for German dog breeds. All over the world dog owners choose a German name for their protégés. 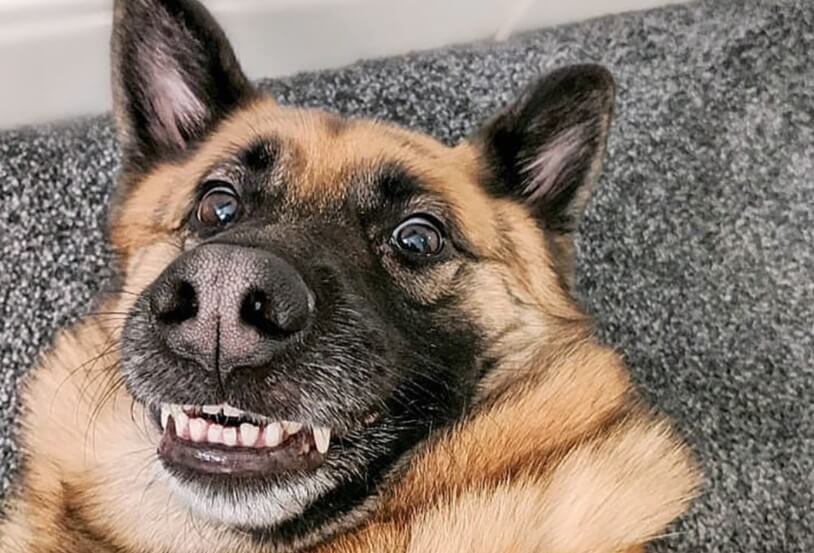 A smart name for males: The name Einstein is immediately associated with the ingenious physicist and inventor of the theory of relativity, Albert Einstein. It is actually a German-Jewish surname that is very popular among dog owners. The name goes perfectly with a Dachshund or Australian Shepherd.

Worth considering, and not just since the movie “Frozen”: The traditional maiden name Elsa is an enchanting choice for bitches. It is short and sounds sweet and lovable with the belittling “Elsi” or “Elli”. This is the German short form of the Hebrew name Elisabeth, which stands for “my God is abundance”.

The name Frieda comes from the Old High German word “fridu”, which stands for peace. Frieda is either an independent name or a short form for the names Friederike or Elfriede. It is the perfect choice for four-legged friends in need of harmony who avoid arguments.

A classic name for the pet: Flocke sounds cute and brings associations like snow, crystals and winter with it. The name is ideal for white mixed breed dogs, Bolognese, or Samoyed. Flocke is not tied to any gender: it suits both males and females.

This classic German boy name is also making its comeback. At least when it comes to naming dogs. Its meaning is not exactly clarified, but that does not detract from its popularity. Possible dog breeds for the name Hermann are Dobermann, Rottweiler, or Weimaraner.

“Vom noble Wesen” – with this translation the old high German maiden name Heidi scores. People who adopt a bitch will find a true classic in this name. The name fits all female four-legged friends – from the Airedale Terrier to the Miniature Pinscher.

Hugo means “the spirit” or “the mind” in Old High German. It is a popular dog name and suggests – at least the meaning – an intelligent four-legged friend. Suggestions for dog breeds named Hugo are French Bulldogs or Poodles.

Popular and charming: The dog name Krümel can be found in all four-legged friends of all sizes. Since a crumb is tiny, it goes great with a Chihuahua or Yorkshire Terrier. However, some dog owners consciously opt for a dose of irony in the dog name. Therefore, Great Danes or Irish Wolfhounds are sometimes called crumbs. Irritated looks from strollers who see a giant on four paws when they call back in the park are not excluded.

The man of peace – this is the translation of the Old High German name. While Manfred has been given less and less to children for decades, the popularity among dog owners is increasing. The name for males can be modified with pet forms such as Manni or Fredi and thus sounds very familiar and friendly.

With this name, the red-haired cartoon character Wilma Feuerstein immediately comes to mind. Wilma is an Old High German name that was modified from Wilhelm. The meaning of the name can be seen: Wilhelm is translated as “the” will “,” the helmet “or” the protection. “Wilma is, therefore, an ideal choice for strong-willed bitches.