Smart, charismatic, and wayward creatures, striving for leadership, but at the same time, sensitive and needing the attention of the owner – these are typical representatives of the Bedlington Terrier breed.

Representatives of the breed have an excellent appearance and character to match it. Intelligent, unobtrusive, and intelligent dogs will become faithful companions to patient people who are ready to train them. Dogs with the appearance of a lamb are nevertheless terriers – stubborn, ready to defend their point of view if necessary. 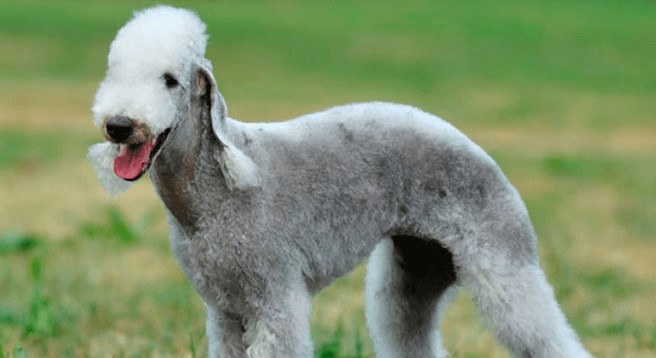 Bedlington Terriers catch on the fly everything they learn. Stubbornness interferes with obeying the owner immediately, representatives of the breed will begin to “probe” him, trying to find out how much he is able to put the pet in its place. If the animal realizes that the owner has a weak character, he will refuse to respect him.

The breed needs a demanding, tough owner capable of gaining its trust without mechanical stress. The Bedlington Terrier does not tolerate a rude attitude, is ready to stand up for himself, using his teeth. With the right upbringing, a representative of the breed becomes a loyal and delicate friend, able to defend his beloved owner in an emergency.

Bedlington Terrier s are cocky companions who love to assert themselves at the expense of other dogs. The dog does not care how much stronger and larger his opponent is, the Bedlington Terrier will go into battle. In the event of a collision with a large and powerful enemy, the fight will end with a visit to the veterinarian at best.

Attitude towards children and others

Bedlington Terriers are wary of strangers. Seeing the friendliness of a stranger, the dog will allow himself to be stroked, will endure a gentle hug. You should not count on friendship with a representative of the breed, the company of the owner is enough for him. 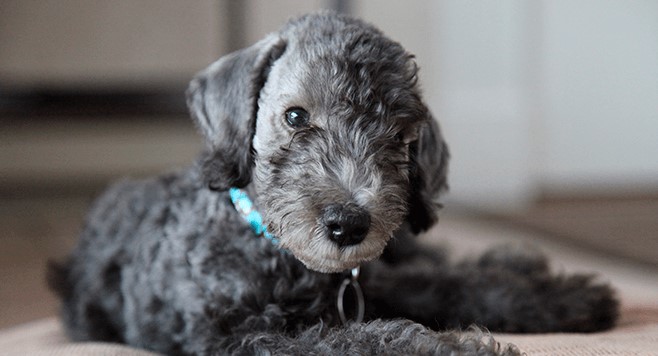 Families with small children should pay attention to a dog of a different breed because Bedlingtons do not tolerate familiarity well. The child will try to study the pet, find out the location of the tail, make sure that both eyes are present. In response, the animal will put the baby in place. An interesting question is how a Bedlington Terrier can restrict itself to growling or use its teeth. It all depends on how much pain the child has caused him.

Children aged seven and over are the best companions to play with. They can be told that a rude attitude towards the pet will provoke him to fight back. Bedlington Terriers are patient with other pets, with the exception of rodents. Representatives of the breed will definitely find a way to catch a hamster or a rat, for which acquaintance with a dog will lead to tragic consequences.