1)Wow, talking dog!
One friend bought her dog a collar with feedback (relatively inexpensive and convenient), you have the opportunity to look at a street walk through the eyes of a dog. This can be compared with the program “In the animal world” from our childhood.

So on this collar are attached a camera, a microphone, and a small speaker, and if your four-legged friend dug up something that is not useful and tries to stumble with it, you can try to cool his excessive ardor. So the mutual dialogue with the pet has been established and tested, that is, the collar is run-in, the dog calmly takes the elevator from the eighth floor and walks on the street almost by itself – and the friend only controls her by smartphone and corrects if necessary …
So, on New Year’s Eve, the dog returns home from a walk, and the acquaintance has not yet had time to go down to her in the elevator. And just then a neighbor from the next floor who was returning a little “tired” after a New Year’s corporate party turned up, who launched the dog into the staircase and together they go to the elevator. Needless to say, there and then follows a different “lull” doggie. And a friend, seeing such a thing, decides to save her time, says:

– Stop on the eighth floor, please. – a neighbor going to the elevator on the machine issues:

– No problem …. – and suddenly stops as if he is against a wall, look around for a long time, then looks intently at the dog. (Let me remind you that a friend at this moment is at home and addresses a neighbor using a smartphone and a dog collar)

In short, by the time the elevator door opened, the neighbor’s eyes were already absolutely sober and restless. I strongly suspect that the neighbor’s New Year passed without alcohol. 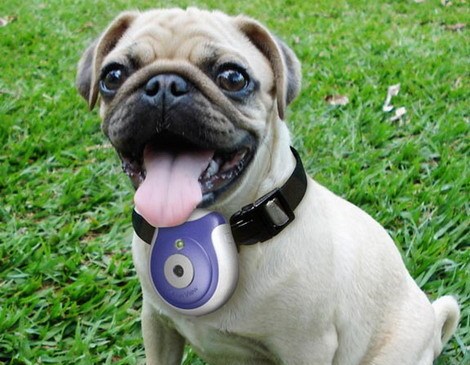 One of my friends has a wonderful Basset Hound dog named Judy. This breed has such long ears, a long body, and sad eyes. Hunting. Despite the somewhat awkward figure and short legs, this breed in general, and Judy in particular, has amazing agility, and in addition to this, an extremely swine character.

She, like a true cat in her heart, “takes notes” of the master’s commands. But, like a true dog, it experiences excruciating hunger around the clock. (Now she is already at an age, and in her youth, she did not eat only hard plastic, because soft, like cellophane, passed through her with a bang. What can we say about all sorts of delicacies that come across dogs on a walk … Dried there, for example, crow’s wings.

So, not far from their house there is a forest park area with a pond, in which quite well-fed ducks swim in the summer. People walking, especially with children, enthusiastically feed them bread from the bridge.

Once, Judy and the hostess wandered into the vicinity of this pond. The dog, as usual, rushed about his dog business, completely ignoring the calls “To me”. And suddenly, sticking her muzzle out of the coastal bush, what she found! Fat ducks in the pond, carelessly scampering hither and thither for thick pieces of bread crumb that poured into them in abundance from the bridge.

Judy picked up the first speed with all the power of her short legs, and threw herself into the pond with a splash! BUT NO! NOT FOR DUCKS! For bread! Swimming among the ducks at an insane speed, she grabbed the thrown bread, driving away from the disturbing ducks on the way. The ducks spat and disappeared. Now only Jusya was swimming in the pond. People from the bridge fed the dog floating at a breakneck speed. The bread did not have time not only to sink but even to get wet, instantly disappearing into Judy’s mouth. The children were delighted.
Their parents were rolling around laughing. And everyone asked, whose is it such a wonderful, such funny, such a HUNGRY dog?

And on the shore, in the bushes, stood my poor friend, red with shame, and quietly repeated: 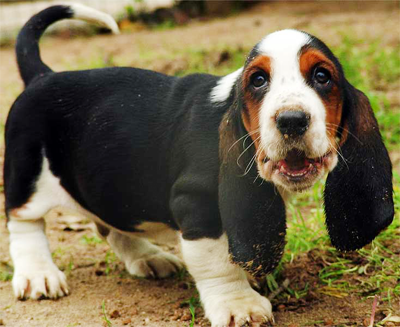 3)About Pug that barks

Once I was standing on the porch of a shop, observing the local landscape. Beauty, summer. And then I see – a young spaniel, black color, rushing. From behind, the owner walks, with all his posture and facial expression showing superiority over others. Whatever my dog ​​wants – so it will be.

Well, this black doggy barked at everyone he saw: drunks (who were standing nearby), me, pigeons, a fence, a store, the weather, and got a little tired. But then he looked, and towards him – a man with a huge elderly St. Bernard. St. Bernard is completely phlegmatic, walks quietly, sniffs, and seems to think about dinner.
Well, a complete Idyll.

The spaniel thought it will be fun to attack St. Bernard and with a barking torpedo rushed into the attack. He ran around St. Bernard, choking with barking, and St. Bernard absolutely did not care. Then this dog became insolent and jumped right in the face of St. Bernard and yelled in her dog’s tongue something like: “Why don’t you respect me !!!” St. Bernard at first went nuts from such impudence. He even sat on his ass. I thought a little …
And then …… jaws clicked sharply !!! The drunks opened their mouths and in such positions, they froze !!! Since the head of the poor spaniel had completely disappeared into the mouth of St. Bernard, from which now a dog squeal filled with wild horror was heard !!

– Do something, my wife will kill me! (this shouts the owner of the screaming prisoner, who has lost all arrogance in an instant)
– Nothing will happen to him, we have lost our teeth for a year already … He will suffocate … – answers the phlegmatic owner of St. Bernard.
– iiiiiiiiiiiiiiiiiiiiiiiiiiiiiuuuuuuuuuuuu – the squeal of a spaniel.
To top it off, a huge puddle began to creep under the spaniel.
“Okay, Rex, let’s go, don’t do it here,” said the St. Bernard owner slowly, and his dog immediately spat out the wet spaniel with sticky ears.
St. Bernard spat slowly and went after the owner as slowly as they walked together before these events. Occasionally, along the way, disgustingly shaking a paw that fell into a puddle. 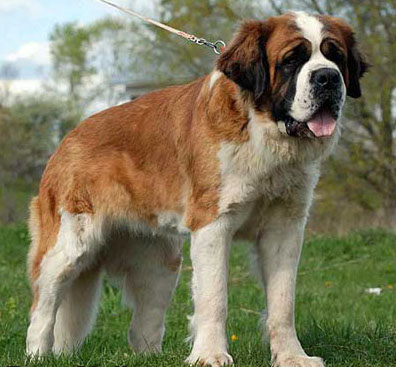