Many animal lovers want to give a new home to an animal with a bad fate. That’s why they choose a dog from animal welfare. Life is especially tough for homeless dogs in Romania. Would you like to help such a four-legged friend? We explain what to look for when adopting a dog from Romania. 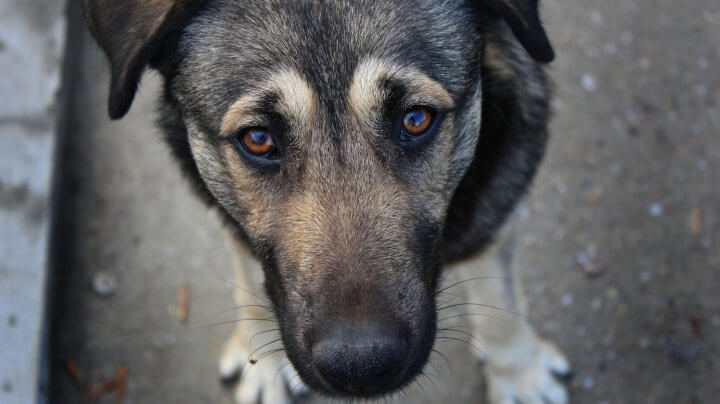 Many four-legged friends are also looking for a new home in the world animal shelters. But there are good reasons for adopting a dog from Romania:

Many people in Romania suffer from poverty. Animal welfare is usually neglected due to the precarious situation in the country. Own dogs rarely live in the house. Because neutering dogs and cats are too expensive for many Romanians, they expose unwanted offspring on the street. Here the animals continue to reproduce, so stray dogs are a big problem.

It is estimated that there are over 60,000 stray dogs in the Romanian capital Bucharest alone.

In some areas, people are even afraid of hungry animals.

A fateful law was passed in 2013. It allows street dogs to be killed if they are not adopted by an animal welfare organization or a private individual within 14 days. The country has regularly made headlines with mass dog killings.

But the actions did not improve the problem. The animal shelters are chronically overcrowded, which means stress and even a struggle for survival for the four-legged residents. Above all, widespread neutering of strays could help to reduce suffering. All reputable animal welfare associations are therefore not only involved in the placement of individual animals. At the same time, the campaign for castration and educate the population.

There are numerous German associations that focus on animal welfare in Romania. If you are specifically looking for a Romanian dog, contact one of these associations or their partners in Romania. Here are some examples:

Pfotenfreunde Romania e.V. supports a public animal shelter in Slatina around 200 km west of Bucharest. The animal shelter houses around 500 dogs, and there are also several foster homes in Germany.

Pfotenhilfe ohne Grenzen e.V. originally focused on the placement of dogs and cats from Greece. The association now also supports animal shelters in Romania through castration campaigns, donations, and help with mediation.

Ein Herz für Streuner e.V. mediates numerous dogs and cats from two animal shelters in northern Romania. The association enables castrations and provides information about animal welfare in order to improve the situation of the animals in the long term.

Seelen für Seelchen e.V. supports several animal shelters in which around 800 dogs live. The placement is preferably carried out via foster care centers in Germany.

DSN e.V. is committed to strays in Giurgiu. Here the animal rights activists look after around 250 dogs and 40 cats on their own premises. They also campaign for castration campaigns.

Salvate Canes e.V. helps the Romanian animal welfare organization Robi, among others. The association is involved in the placement of dogs within Romania as well as in Germany, Austria, Luxembourg, and Switzerland.

Fellchen in Not e.V. is committed to dogs and cats in Germany. In addition, the association supports an animal shelter in Ecarisaj, Romania, with donations, help with mediation, and a lot of commitment.

ProDogRomania e.V. fights for animals in four different animal shelters. Including the Bucov around 70 km from Bucharest, where around 2,500 dogs live.

By the way: The numerous voluntary helpers are always happy to receive monetary and material donations for their protégés. There are different ways to get involved actively or financially – you can find information on the websites of the clubs.

Foster Homes for Dogs From Romania

Most of the animal welfare associations that are active abroad operate private foster homes in Germany. Here, for example, sick animals receive the necessary medical care. A foster home enables puppies to have extensive socialization. The placement takes place from the respective care centers. A big advantage for people looking for a dog from Romania: The foster home gets to know the individual dog better than animal shelter employees. In this way, more precise statements about its character are possible. Does he get along with cats? Does walking on a leash work? Is he insecure in everyday life? The foster care centers can provide answers to these questions.

Animal welfare associations are always looking for new foster homes. Anyone who would like to fulfill this responsible task and take in a dog from Romania on a temporary basis can contact the clubs.

When the dogs from Romania enter another EU country, they carry an EU pet passport with them. As with the adoption of dogs from abroad, or even street dogs from vacation, Romanian four-legged friends also need a valid rabies vaccination and can be identified by a microchip. Before the trip to Germany, animal welfare organizations carry out rapid tests for common diseases. These include babesiosis, ehrlichiosis, anaplasmosis, borreliosis, leishmaniasis, and filariae. However, since these are not one hundred percent certain, it is recommended to present the dog to a veterinarian in Germany after arrival. They can examine it more thoroughly and, if necessary, initiate the appropriate therapy. A wormer treatment in the new home can also be useful.

Dogs From Romania: Problems and New Experiences in the New Everyday Life

Most of the four-legged friends from Romanian animal welfare come from killing stations or from the street.

That is why many of them have not had any contact with all the things that we take for granted in everyday life.

These include: walking on a leash or wearing a collar, driving a car, staying alone in an apartment, walking on different surfaces (carpet, tiles), or knowing basic commands. A lot of patience is required here. It is best to contact a dog trainer before your new family member moves in. If necessary, you have such a contact person and, once your four-legged friend has got used to his new environment, you can attend training courses with him.

Many dogs from Romania have had bad experiences with people and are therefore anxious. Some tend to run away, others growl. Here, too, patience and a lot of training are important. Do not unleash your four-legged friend in the first week and give them plenty of time to get to know their new surroundings.