Akita Inu is one of the most beautiful and unusual dog breeds in the world. In these dogs, one can feel the nobility of the Eastern civilization and the originality of the Land of the Rising Sun. 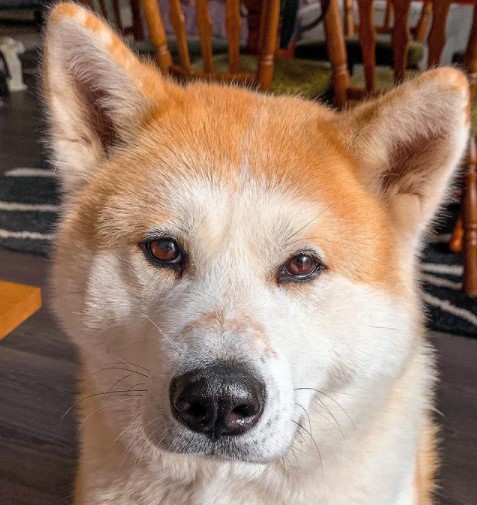 Akita Inu is a rather large, but very graceful dog. The maximum height at the withers is 69 cm, weight up to 40 kg. They have a strong, regular physique, well-developed muscles, a wide, strong chest, powerful paws, a large triangular head. Akita’s coat is very thick, with an undercoat, hair length is on average 5 cm. The color is predominantly reddish-fawn, sesame, white, and brindle.

The ears of the Akita Inu are erect, small, in the shape of a triangle. The eyes are dark brown with black eyelids. The nose is usually black, light pigmentation is allowed, but only in Akita white.

Another feature of the breed is a large, high-set, slightly curled tail, which is either draped over the back or carried along the back. In the latter case, the tail is curled by ¾, and the tip of the tail hangs slightly to the side. 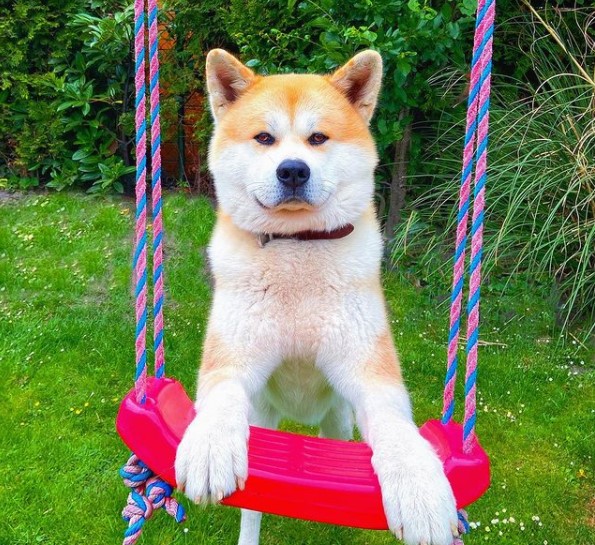 Even a skeptic will be forced to agree that the Akita Inu has an ideal character. These are amazingly intelligent dogs that always carry themselves with dignity and seem to understand everything. Akitas are very contrasting, on the one hand, they have a soft and affectionate character, and on the other, they are bold and very strong.

Despite their love for people, communication and affection, these animals are very wary and distrustful of strangers. They “check” strangers for a long time before mistaking them for their own. But family members are the most important thing that can be for an Akita Inu. She is devoted to them with all her soul and will stand up for those close to the last. Of course, Akita is great for children. You can even shift some of your educational responsibilities onto these dogs.

From childhood, Akita Inu are curious, playful, and cheerful. Youthful enthusiasm and optimism do not disappear in adult dogs. However, as they mature, Akitas become more balanced and cautious. Representatives of this breed never show spontaneous aggression. It seems that the Akita is always in control and never makes mistakes.

Japanese Akita dogs are the best and most irreplaceable friends. They are obedient, but in return, they demand respect for themselves and value a good attitude and care. 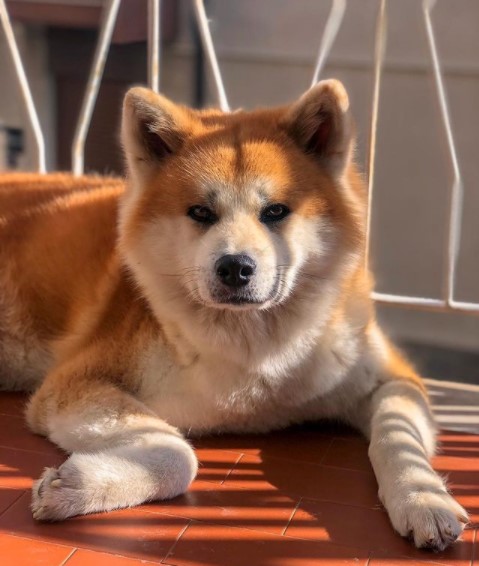 As befits real samurai, Akita Inu have very good health and strong immunity. Serious diseases rarely bother representatives of this breed. However, Akita Inu has a mild tendency to eversion of the eyelid (a hereditary trait), volvulus (due to overeating and a sedentary lifestyle), and joint dysplasia (a genetic disorder).

In conditions of housing, Akita Inu need long daily walks at least twice a day. An active lifestyle is key to the health of this dog.

The Akita Inu coat during the normal period does not need complex care; it is enough to comb the dog out only a couple of times a week. But during the shedding period, grooming should be more serious. The dog should be brushed regularly to avoid tangles and to allow the coat to renew in a timely manner. 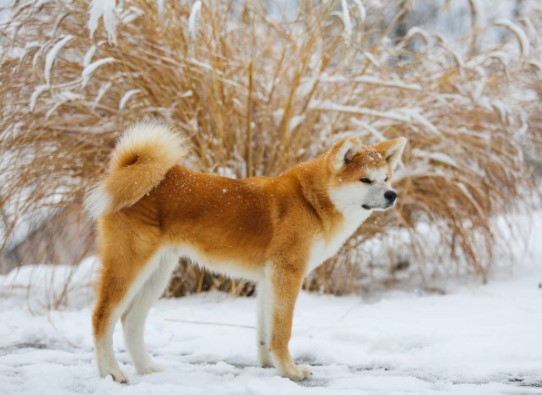 The Akita Inu breed has a rich and interesting history. It is believed that the ancestors of the Akita were Spitz-like breeds. Studies have shown that the Akita Inu is the oldest dog breed, one of the 14 oldest breeds in the world. The remains of dogs, similar to modern Akita Inu, date back to 2 thousand BC. In addition, some antique drawings depict dogs whose appearance practically does not differ from modern Japanese Akitas.

It is believed that this breed was developed in the Japanese province of Akito, located in the northern part of the island of Honshu. “Inu” in Japanese means “dog”. This is how the wonderful dogs were named: Akita Inu.

Genuine Akita Inu, as we know them now, appeared in this province in the 17th century, and since then the appearance of the dogs has not changed at all. The purity of the Akita Inu blood was carefully guarded and protected (in 1927, the Akita Inu Conservation Society was founded). The Akita Inu breed is absolutely original.

Since the late 17th century in Japan, Akita Inu have been the pets of the aristocracy and emperors. Anyone should be punished for harming this dog. This breed was considered elite, although just a few years ago the Akita Inu, along with other dogs, guarded the village houses and hunted along with other dogs.

Akita Inu have always been treated with great respect. These dogs were revered for their inner strength and wisdom. Caring for them turned into a whole ceremony.

During the Second World War and later, Akitas often interbred with German Shepherds and other dogs. This is how the varieties of Akita Inu appeared. But at the same time, active work was carried out to recreate the “original”, purebred Akita. This is the modern Japanese Akita Inu. 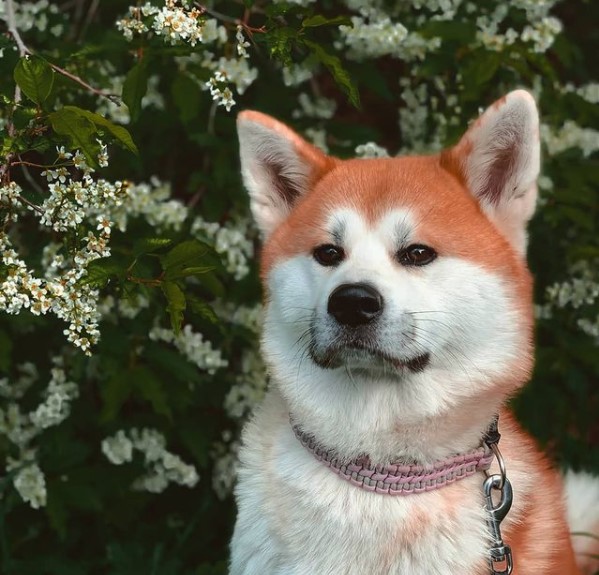