When keeping an Akita for the sake of offspring, someday you will have to face the problem of choosing a partner for her. It is especially difficult for beginners to choose a partner for their favorite.

The main thing to remember is that the merits of the male should completely compensate for the shortcomings of the female. Pedigree, health matters, but titles do not play a special role. Formating, you should choose medium-sized males over 10 months. 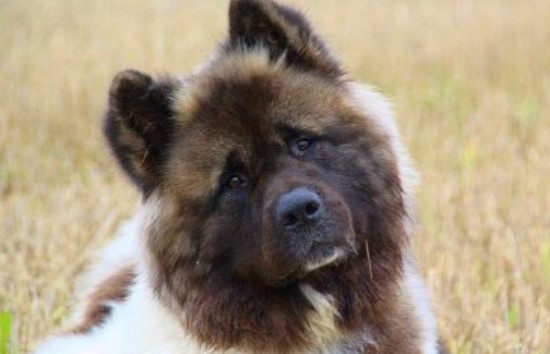 A month before mating, the female must be shown to the veterinarian, where she will be tested for serious diseases, such as brucellosis, which leads to miscarriage or infertility. It is necessary to make the necessary vaccinations in advance, about 1-2 months before mating. Vaccination during estrus prevents the bitch from getting pregnant.

Before meeting a dog, it is important to correctly determine the time of the Akita’s estrus. Heat in females begins at 6-12 months, the duration of heat is up to 25 days. The most favorable time for mating Akita Inu is considered to be 10-14 days after the onset of estrus. However, there are dogs that have a favorable time at the beginning or end of estrus. Younger dogs are more likely to conceive when mated later in estrus, and in adults earlier.

You can understand that the Akita Inu is ready for mating by external signs:

It happens when the females’ hunt is poorly expressed, that is, the female is not ready – she does not respond to touching the noose or loin. In this case, it is better to transfer the mating to the next time, since the expected positive result most likely will not be.

It is possible to determine a favorable time for mating Akita as a result of laboratory studies. To do this, you need to contact your veterinarian.

A young male, if it is planned to use it in the future as a breeding dog, must be trained for this. The first 2-3 attempts are not always successful, they should be considered as training. The first time a male is best mated with a balanced, experienced bitch. However, for the first time, the male can make aimless attempts to jump on the female, run around it, being in an overexcited state. As a result, the process may end with stress in both dogs rather than conception. The bitch should be fully ready for mating, willing to stand and turn her tail away when the dog approaches.

The choice of a female for mating is considered more important than the choice of a male because 70-80% of inherited traits depend on the bitch. Professionals advise not to let masculine females into breeding. Therefore, the appearance of the dog should say that this is a female with feminine features inherent in her.

The conditions for mating Akita Inu dogs are negotiated in advance. It is better to conduct it on the territory of the male, where he will be calmer. It is important to let the bitch settle into a new place, to calm down after the trip. Before starting the process, the owners must provide each other with a certificate of the health of the bitch and dog.

If the mating day is not chosen correctly, the dog will not have interest in the female, and the female, in turn, will behave aggressively, not letting the dog, trying to bite him. Aggressive behavior is also observed when the day is chosen correctly. In this case, a muzzle is put on her.

Dogs caught in a “lock” are held back if the bitch tries to escape. Dogs can be in the “lock” from several minutes to several hours. Control mating is done in 24 hours. For 2-3 days after mating, Akita is provided with rest.

In some cases, the issue of payment is easier to solve, the owners of the dog take one puppy instead of money. If the female is not untied, then the owner of the male dog may not be interested in paying with puppies, since it is not known how healthy the puppies will turn out.

A common condition for mating inexperienced dogs is a free retry if the first attempt fails.

In most cases, the presence of titles does not play a role in the final cost of mating Akita. The main thing when choosing a dog is his pedigree and health, as well as the absence of aggression towards the female and her owners.