The Arabian horse appeared in the vast Arabian deserts a long time ago. It is distinguished by its excellent characteristics and appearance. That is why such an animal became a riding horse for Arabian sheiks. Besides, the breed has influenced almost all the other breeds that now exist on the planet. The Arabian horse was being developed and improved on the Arabian Peninsula in the IV-VII centuries. 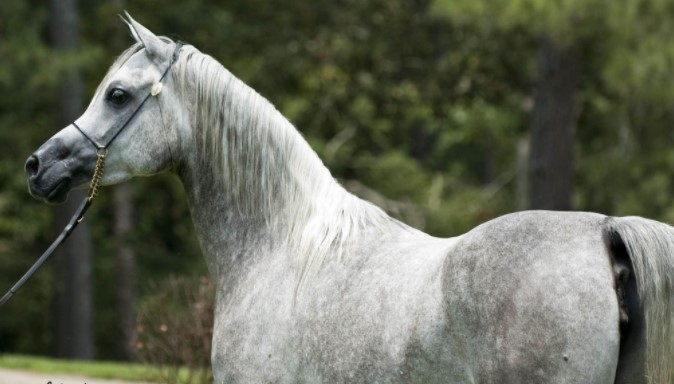 The Arabian horse belongs to the oldest and exactly “pure” breed. Bedouins crossbred the representatives with the best features for centuries and did not allow their blood to mix with any other. The result is an animal whose beauty it’s hard to compare with anything. The Arabian horse has a noble muzzle with large expressive eyes and an unusual, so-called “pike” profile. The legs are as if chiseled, and the movements are light and graceful. The back is shorter than other breeds have. And only the Arabian can arrogantly raise its tail both at a gait and in a calm state.

Since the horses’ habitat was exactly the desert, they acquired amazing endurance and unpretentiousness. Perfect for surviving in difficult conditions!

A Horse of the Arabian Blood – the Pearl of the East

Although the Arabian horse was bred with great care, its origin is still unclear. We can assume according to the ancient images that it appeared thousands of years before our era. But it can be claimed with certainty that Muslims identified this horse with a gift of God, surrounded it with special care, nurtured and cherished it. They still believe that the bigger and more bulging the horse’s eyes, the more blessed it is. 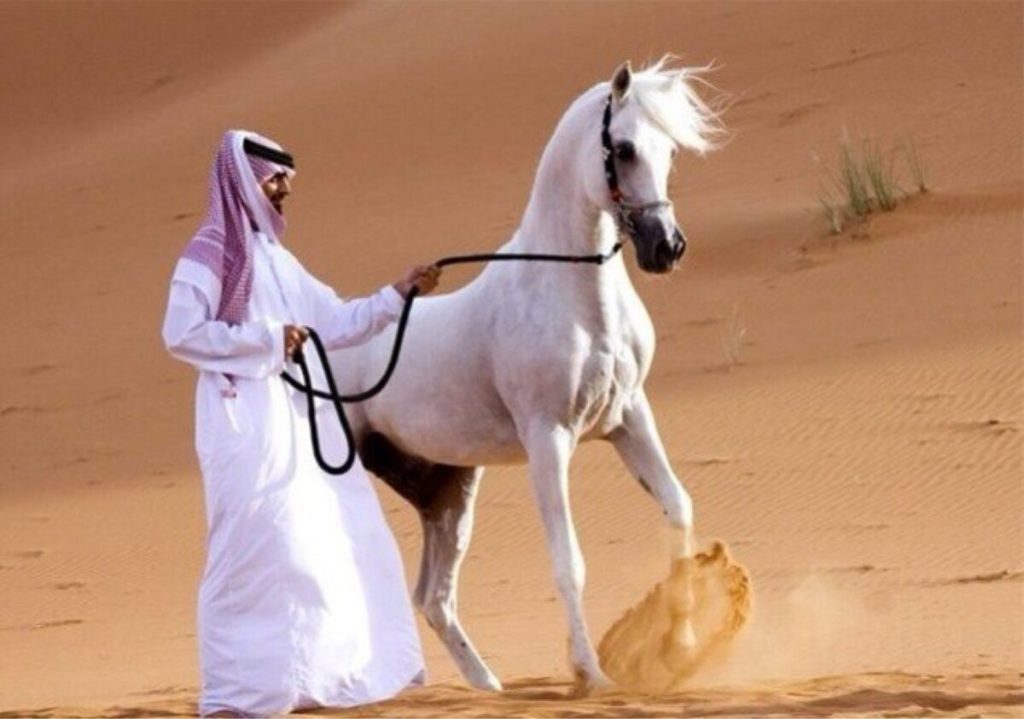 Mares were especially valued. In those difficult times, the Arabs frequently raided unfriendly tribes stealing their sheep and camels. According to the landscape, the attacker could win only if he appeared quickly and fled just as quickly. And it was the mares in these maneuvers, as when approaching the enemy camp they did not make any sound. And they showed unprecedented courage, endurance, and mad speed in battles. The Arabian mare was considered the most valuable gift in the East. 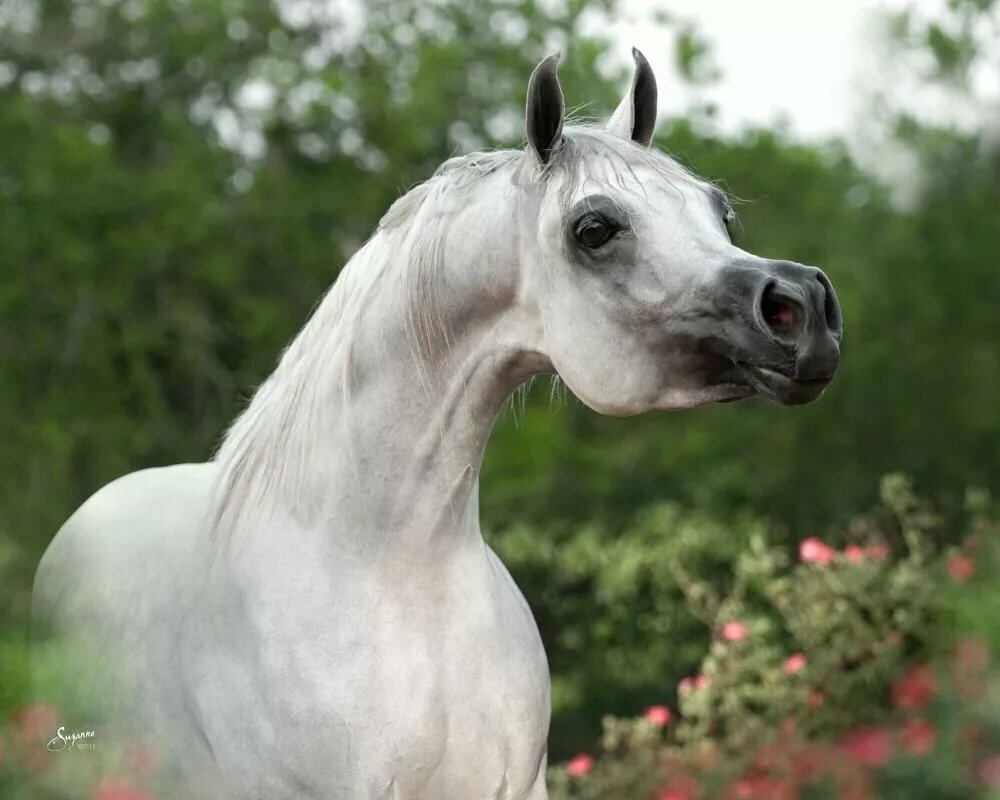 Description of the Arabian

The Arabian horse is not characterized by monumental height. The average height at the withers is 1.47 to 1.53 cm. With such a height, they easily carry a man as if playing. The head is small, with a beautiful concave profile and huge eyes. The nostrils are wide, especially when a horse flare them. The ears are small, the neck is nobly curved, the torso is short but the chest is broad. The legs are graceful, with clear lines. The tail is high and silky to the touch.

The coat color can be any but often it is gray, chestnut, bay, less often – black. 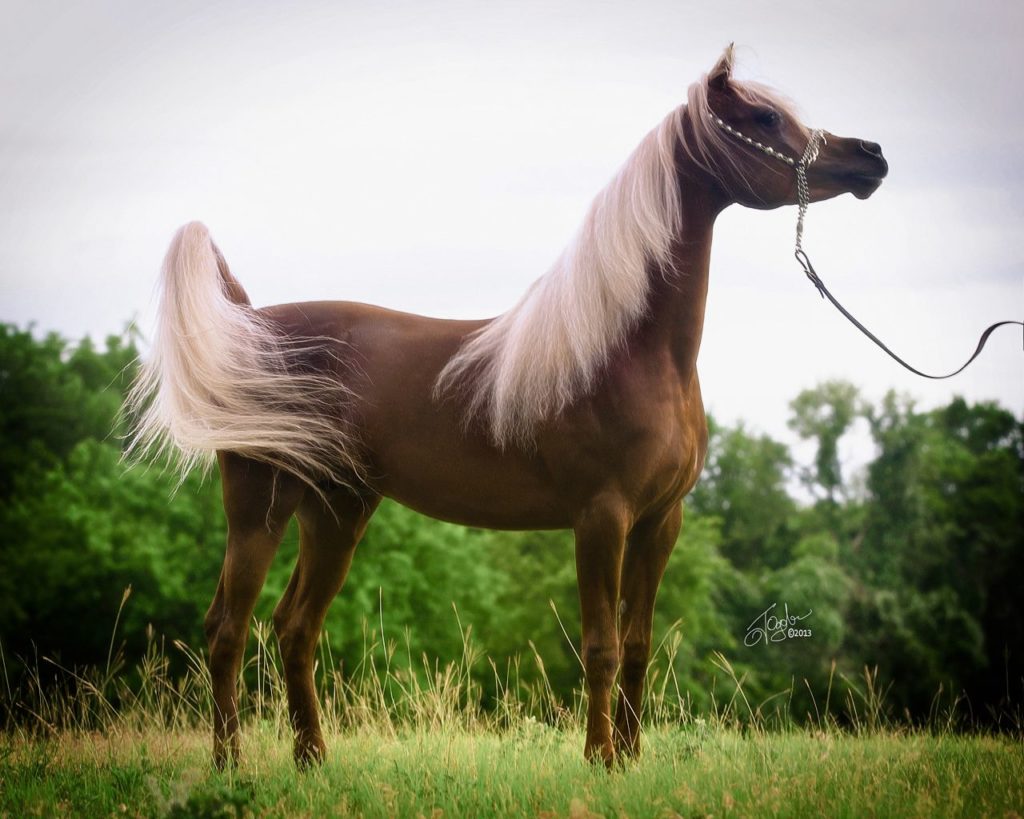 Types of the Arabian horses

This is a very highly intelligent animal with a strong character. They never forget anything, and even accidental harm can negate all attempts to make friends with the horse. They learn everything new with amazing ease but sometimes show some wilfulness. They do not tolerate coercion at all.

The Arabian needs a good tight hand but also affection and trust. And it’s not easy to earn it. It will give preference only to a confident man. It will be loyal to him and obey him absolutely.

Putting all this data together, we can say that the Arabian horses are poorly suited for the sports like dressage.

However, long-distance running is their strong suit nurtured by the harsh desert climate. They can equally easily endure the cold and the heat, lack of feed and water. In general, the Arabians have excellent health. Even in extreme old age, they do not lose the ability to reproduce and live easily up to 30 years. 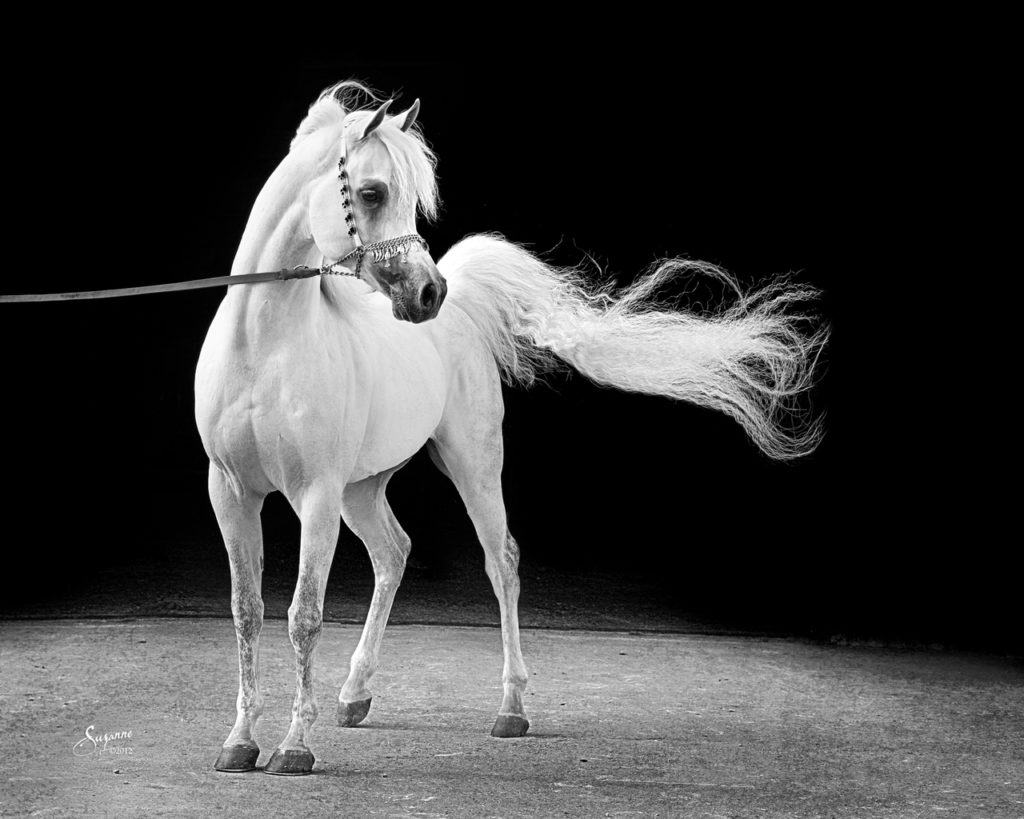 Interesting facts about the Arabians

The horse’s unusual skeletal structure can be explained by its compactness:

Nowadays, it is difficult to find a purebred Arabian horse. The breed is scattered all over the world, they take part in the improvement of various breeds and the creation of new ones. Since the Arabian horse is not very adapted to the commercial sport, it can be found in breeders who are admirers of the breed. And such an animal costs fabulous amounts of money.