The American Standardbred is widely used in breeding work around the world. The horses of this breed are considered to be the fastest among other horse breeds. This is why they are purchased by horse breeders to improve their breeds in countries where harness racing is still popular today.

The Standardbred stands out in a separate category hardly because of its exterior features. The appearance of the animals can be quite diverse. The main criterion for the breed affiliation is the horses’ speed. From the very beginning, these horses were put in the breeding book but only those of them who were able to run one mile in a time not exceeding 2 minutes and 30 seconds. 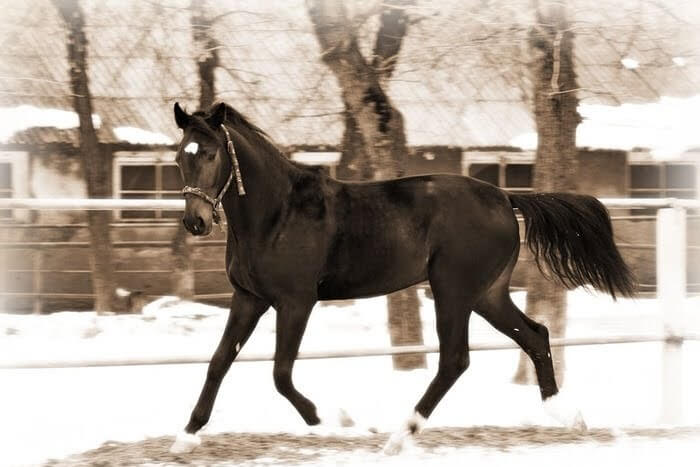 The breed originated in the USA in the 18th century. These horses were widely used in farming during this period, and all animals were divided into two categories depending on their intended purpose:

The latter group was especially valued for its speed while strength and endurance were of secondary importance.

The harness horses began gradually to be offered for carriage races which became particularly popular at the end of the 18th century. Such competitions were constantly accompanied by large bets. This led to the fact that every breeder gave his best to the development of his horses for profit. As a result, these horses were put into a separate category and used exclusively in sport by the beginning of the 19th century. 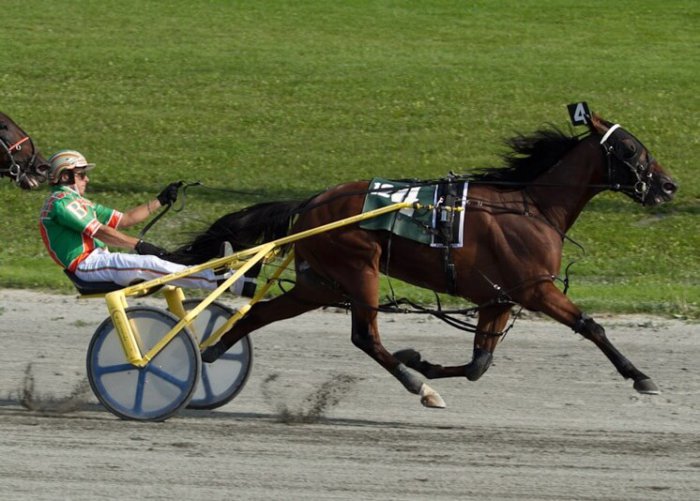 In the course of further breeding, the qualities of the animals were constantly polished. The Arabian horses, Norfolk Trotters, Canadian Pacers, and a number of other breeds were used. The result of the breeding was the American Standardbred the ancestor of which is considered the famous trotter Hambletonian X which has already become legendary.

The Standardbred studbook was created in 1871. The official name of the breed, “Standardbred”, was fixed only in 1879. It was chosen on the basis of the fact that only animals that met the speed standard were considered purebred. Since 1931, the studbook has begun to include the breed representatives on the basis of their origin.

Because the Standardbred was developed with an emphasis solely on speed, its breeders were a bit dismissive of its appearance. As a consequence, these horses have no clear exterior features. 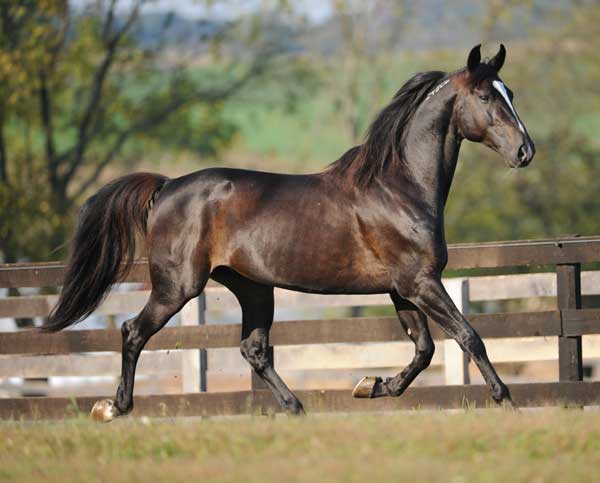 In general, the Standardbred is a rather large animal. His height at the withers is 145-166 cm. The stallions’ build can be both coarse and massive and completely dry and graceful. The characteristic features of the horse’s appearance include:

The peculiarities of the breed also include the typical set of legs. Different horses have either straight set or with a slight clubfoot. This is not considered a disadvantage.

The Standardbred’s coat color also allows many variations. Most often the color of its representatives is bay. It can involve several shades or combinations thereof. Much less common are animals with chestnut or black coat color. In some cases, horses of gray color are found, but it is considered undesirable and such animals are usually not allowed for further breeding.

A large number of different horse breeds were used in the breeding process, each of which implied an individual character, and not always a positive one. For example, the Thoroughbred used in the process were characterized by willfulness and difficulty in training. 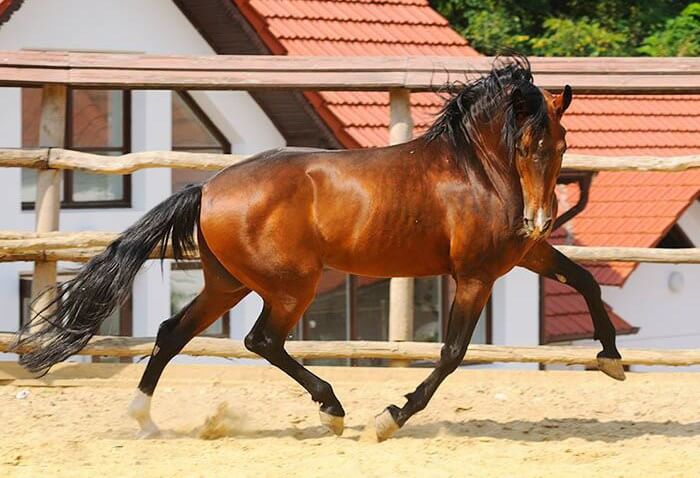 But despite this, the breeders finally managed to eliminate the shortcomings of some of the original breeds. As a result, the Standardbred’s temperament is calm, easy-going, balanced. This animal obeys its owner without question and quickly trains, and behaves with other horses in a friendly manner and without aggression.

Advantages and Disadvantages of the Breed

The Standardbred is widely distributed all over the world. Up to now, the main herd of horses is concentrated in the USA, but they are also successfully bred in Canada, Australia, New Zealand, and Denmark. Of course, there is a wide list of advantages the main ones among which are the following:

Also, the early maturity of the animals allows us to expand this list. Almost all world records belonging to the Standardbreds are set by stallions at the age of 3 to 4 years. The stallion is fully formed already at the age of 3 and ready to participate in sporting events.

Another important point is that most of these trotters can use 4 types of gaits. Only 3 of these are available for most horses:

But since the Canadian Pacers were also involved in the breeding of the Standardbred, their heirs can also pace. The horse owners developed special belts that limit trotting to take advantage of this possibility. The American Standardbreds rarely compete in pacing competitions because of the high risk of injury. 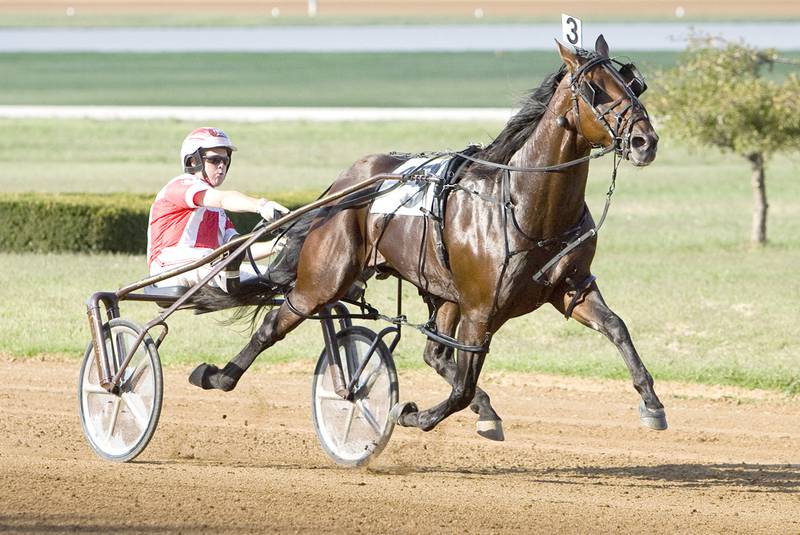 The disadvantage of the breed was initially its ordinary and rude appearance. Many breeders emphasized this problem. But the exceptional speed of animals eventually superseded the exterior nuance and it was crossed out of the list of disadvantages.

Also, although the animal is unpretentious, certain conditions are needed to get maximum results from these horses and for their good health. They need to be provided with proper living space, as well as special training to keep the stallion sharp.

The Standardbred is rightly called the best trotting horse breed in the world. These animals hold most of the world records for speed in harness racing. They are used even today in such a sport. In addition, the American Standardbred is also often used to improve other breeds which further increases their value. The animal can only achieve significant results if it is provided with the right conditions and training.