The history of the Beagle breed is still not fully known. The Beagle is a small English hound bred to hunt wild rabbits and hares. Representatives of the breed quickly became quite popular due to their good instinct, ability to keep the pace on the hunt, and melodic voice.

The origin of the name is still shrouded in mystery. There is a version that it was borrowed from Old French, where this word meant “tinned throat”. After all, dogs chased prey, constantly giving voice. Another version refers us to the Old English “begele” (“small”).

Perhaps the small hounds came to the British Isles from Ancient Rome. They became the ancestors of harriers, otter hounds, foxhounds, and beagles. However, there is another version – that they descended from the Celtic hounds as a result of crossing with British and French hounds. For a long time, all small hounds were called beagles.

The Artistic Esq., Published in 1475, gives us the first mention of the beagles. They are described in detail by Blum in 1650.

Biweek’s book (1790) tells about these dogs and their features in a very interesting way. For example, a beagle of that time could fit in the pocket of a hunter’s suit, and a dozen dogs could be transported in a basket on the side of a horse. Queen Elizabeth I’s beagle was about 25 cm tall and weighing up to 8 kg. And although these dogs were inferior to hares in speed, they won due to their incredible intuition and exceptional perseverance – they did not lose their tracks, despite all the hare’s attempts to confuse them. The pleasant voice of this dog was especially emphasized.

In the 18th century. beagles were crossed with whippets – to give speed. And in the 19th century. – with Parate hounds. As a result, many varieties of the breed appeared: from miniature individuals in the south to larger, long-eared northerners with a low voice. Beagles were also divided into long-haired (for example, in Wales) and short-haired.

At the beginning of the 19th century, beagles were on the verge of extinction, and if it were not for the farmers who kept them for hunting rabbits, they would not have survived to this day. The revival of interest in them occurs in 1830.

In 1861, four varieties were distinguished: the medium-sized beagle, the dwarf beagle, the fox-beagle (resembling a foxhound), and the long-haired (or terrier beagle).

In the 19th century, Beagles acquire the status of a city dog, many keep them as companions. The breed is rapidly gaining popularity. 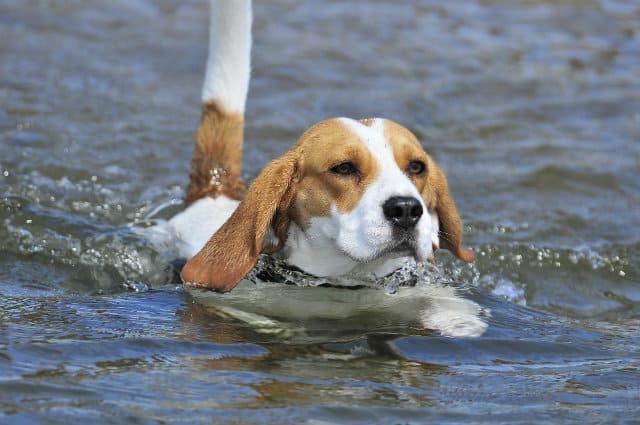 In 1891, the Beagle was registered in England as an independent breed. In 1895, a standard was developed and approved by the English Beagle Club. In 1896 they were shown at the Birmingham Exhibition. Since then, the Beagles have begun their march around the world, using their well-deserved love. For example, after World War II, it was the Bigley that became the most popular dog breed in the United States.

These undersized English hounds influenced the formation of other breeds, for example, the Estonian and Latvian hound.

Nowadays, beagles are known all over the world – both as companions and as tireless hunters.