Each breed, which is characterized by several color options, as those that are considered a real wonder. So, in miniature Chihuahuas, the blue color of the coat is recognized as one of the rarest and most attractive. Let’s find out why this option is so interesting?

The Blue Color of the Chihuahua 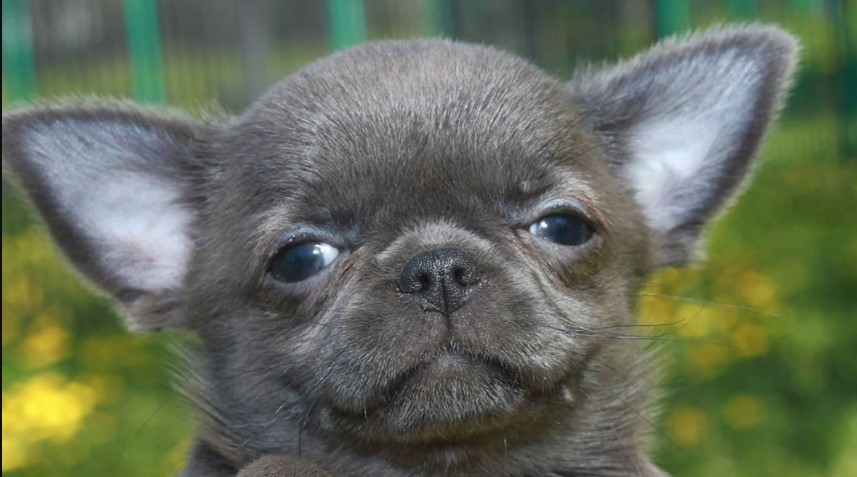 Eminent dog handlers, having studied the history of the origin of the breed, found out that a similar color variant was inherent in the ancestors of modern Chihuahuas – Techichi. Most likely, they were also found among the puppies that the Mexicans sold to travelers from America in the middle of the 19th century. It was they who later became the first breeders of the now popular breed.

Important! The blue color includes shades from gray-blue to dark.

In the modern world, puppies with a blue coat are not born so often. They are not considered a defect, this color scheme is quite “official”. Only “merle” is considered prohibited. Spotted dogs in most cases have genetic defects, do not have the ability to reproduce offspring, may be blind or deaf.

Puppies with blue coats can have certain problems. This is explained by the fact that in most cases unscrupulous breeders are engaged in the breeding process. Because of this, puppies of silver or gray-blue color are born that have health problems. Such dogs need lifelong medical support and a special diet. They may not be admitted to pedigree breeding, exhibitions. Therefore, those who still managed to find a puppy with an unusual coat color should familiarize themselves with the pedigree, medical documents of the future pet.

However, do not think that a purebred and healthy blue sneeze does not need care. Representatives of the breed presented in this color range are prone to developing allergies. Because of this, they need a more carefully selected diet and hygienic care. For them, it is worth buying only high-quality cosmetics for care and hygiene.