German Shepherds are excellent guards and companions, very intelligent pets that are owner-oriented and perfectly fulfill all commands. Regardless of color, animals have high intelligence and are able to make independent decisions in any condition. 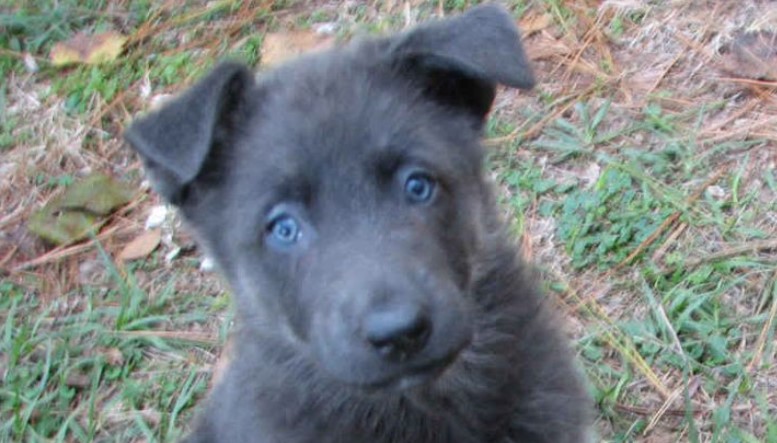 The blue color appears in the litter very rarely. It indicates the appearance in the puppy of an additional gene that reduces the pigmentation of the black color, as a result of which the main color is weakened to gray, and it, in turn, appears blue under certain conditions.

The so-called “blue” color is most often the gray coat of the animal, possibly with small red tan markings. Due to the weakening of the black pigment, the animal’s coat acquires a faded shade, which appears blue with a certain projection of light.

Important! The color of the coat does not affect the working qualities of the dog. They are active and perform best in exploration activities, as well as guards and family companions.

The blue color of the animal is not recognized by cynologists and the puppy is discarded at the stage of maturation. Such dogs are not allowed to build a show career and participate in breeding.

Other Coat Colors of German Shepherds

German Shepherds have several popular colors that are part of the standard breed description. At the same time, there are several more varieties of colors that are considered non-standard, but in no way detract from the working qualities of these universal dogs.

The standard colors of the German Shepherd include:

black-backed (this is the most common type of “German”, more than 90% of all pets differ in this color);

black and tan (usually the black color is located on the back, it can slightly descend to the sides of the animal, a large area is occupied by red tan marks of varying degrees of intensity, the chest, neck, belly, and paws of the animal are covered with red hair);

black (in this case, the animal should be coal-black from the tip of the nose to the tip of the tail, the claws should also be black and the eyes brown);

zoned (closest to the “wild” color, which is distinguished by its versatility due to the mixture of light and dark shades in the guard coat).

The standard colors are carefully selected by the breeders. The slightest deviation from the norm can lead to the rejection of the puppy.

Unusual colors include completely white. However, such animals are not albinos, they have a black nose and partially dark claws. Also, non-standard colors include spotted, roan, completely red, golden. Such pets cannot participate in a show career.

The German Shepherd is a reliable friend and protector for its owner and all family members. Today, the “Germans” are still used as herding dogs and are also used in dog training and search and rescue operations. The animal is universal and can perform almost any function assigned to it.