The temperament of the dachshund is very different from that of many lapdogs, such as the Pekingese or Yorkshire Terrier. They were bred as a hunting burrowing breed, and this largely determines the characteristics of their behavior. 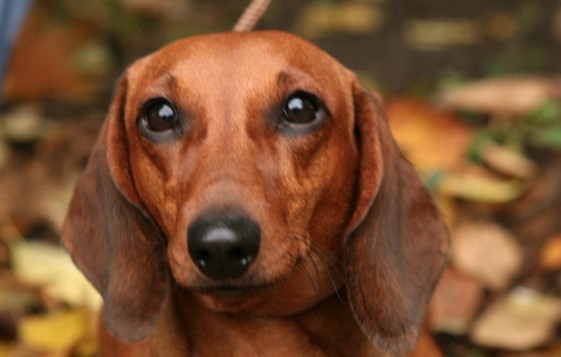 Dachshunds are brave, despite their small size, and sometimes even brave. In a critical situation, she will protect the owner, despite any threats. Of course, she will not make a good guard, but this dog is ready to do anything to help the owner. The lively, restless nature of the dachshund does not allow it to be a good watchman.

Dogs of this breed are curious and playful. They just need to smell everything, climb everywhere and certainly find out what the owner is doing so important. When breeding the breed, it was important to achieve high intellectual abilities so that the animal could independently make decisions while hunting in the hole, without direct human commands. It is believed that the intelligence of an adult dachshund is equal to that of a child at the age of four. Clever, quick-witted animals come up with many ways to achieve the desired result. It never gets boring to play or watch the antics of this animal.

Another feature of the breed was a high degree of independence. Dachshunds are not the easiest animals to train. Proud and capricious, understanding the command perfectly, they may simply not want to carry it out. But with an experienced dog handler or a sensitive and understanding owner, the dog will fully reveal its abilities and become a model of obedience.

A distinctive feature of the character of dachshunds is sociability. On a walk, they will not shy away from passers-by or bark at children and cyclists. If the owner calmly communicates with a stranger to the dachshund, she will accept him, allow herself to be stroked, and then she will also demand to play. They calmly accept other animals, but they will be terribly jealous of their owner if they do not take care of raising the dog in time.

Communication with the owner of the dachshund, like many other dogs, is simply necessary. They love to be stroked, caressed, praised. If the owner was not at home during the day, then when he returns, the dachshund will become his “tail” for a long time, moving on his heels from room to room and demanding attention.

The peculiarity of the character of the dachshund is its extraordinary sensitivity. She adjusts to the owner, like tracing paper, copying his behavior. You will never see a dog lagging behind the owner on a walk or tearing off his leash. She perfectly feels the mood and state of a person and behaves accordingly, and if possible, she will help with affection and attention. Or, on the contrary, he will quietly lie down in the corner and wait for the owner to come to his senses. Because of this trait, dachshunds are increasingly being used as companion dogs.

It is worth saying that if you buy a dachshund, then be prepared to pay a lot of attention to it, walk and play with the animal. Get dog love in return. Loyal, intelligent, affectionate, clean animals are perfect both for city apartments and for joint hunting outside the city.