Dogs have really good noses. If you are on the trail of a fragrance, don’t let up. Mantrailing benefits from this property. 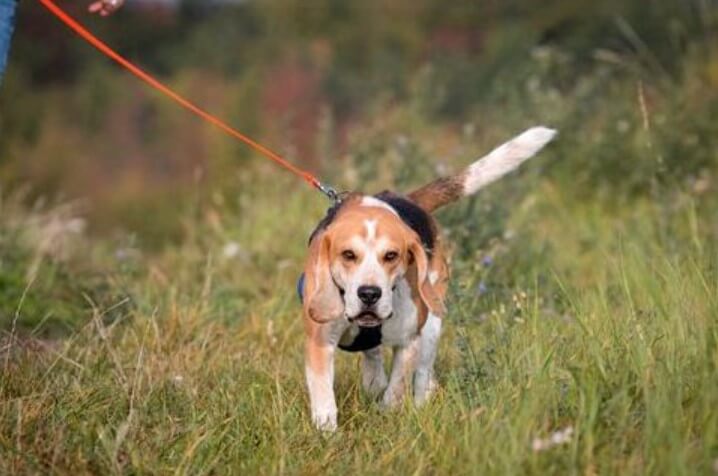 Mantrailing is a dog sport that originated in the United States. The word is made up of “Man” (people) and “trail” (to track down). Mantrailing with dog roughly translated means tracking down (wanted) people. Mostly they are missing, buried, or missing people.

What is Mantrailing Good For?

Since four-legged friends use 10 percent of their brain to process scent information, mantrailing is a successfully used method by the police and emergency services. A dog that has been trained in mantrailing is able to follow a trail for miles. They are literally formed into specialists, as they can filter out a human odor from many other smells.

Mantrailing offers excellent mental utilization and encouragement for your four-legged friend. For this reason, more and more dog owners are also interested in this method in the private sector. So it’s no wonder that mantrailing has now become a popular dog sport.

How Can I Teach the Dog Mantrailing?

If you want to teach your dog mantrailing, you first have to learn something about it yourself. As a rule, it is not enough to just read a single mantrailing book or to briefly obtain information online.

What are the benefits of mantrailing courses?

Active mantrailing courses with dog and owner are recommended. It depends on the cooperation and communication between four-legged friends and masters. If this is not the case, mantrailing will not work.

Owners must correctly interpret the dog’s signals. It’s about posture, expression, and Co., so that every little movement and movement is understood. Both have to trust each other and be able to rely on each other in every situation.

How does mantrailing training work?

Usually, the training consists of different units. For example, the dog first learns to concentrate on a task. In this context, it is important that the four-legged friend is desensitized to other noises and stimuli.

Then he learns to focus on a very specific odor from a person and to follow it. Here the animal is first trained over short distances and later over longer distances.

Mantrailing Training and Examination to Become a Sniffer Dog

If the cooperation between you and your dog works, you can take a mantrailing exam during professional training. Those who teach their dog mantrailing privately, of course, do not have to take an exam. Here it simply means: Practice makes perfect.

Which Breeds of Dogs are Best for Mantrailing?

Hounds are ideal candidates for the canine sport. Sweat dogs, herding dogs, and cattle dogs are also suitable breeds. You have the right skills to track down scents and quickly deal with a task.

Requirements for a sniffer dog

In general, almost any dog is suitable for mantrailing. However, there are a few requirements that the four-legged friend should meet:

At What Age Do Your Dog Start Mantrailing?

There is no general age from which mantrailing is possible with the dog. In principle, however, a young puppy learns better than an older senior.

If you prefer professional training, e.g. as rescue and detection dogs for the police and rescue service, you should train your four-legged friend as early as possible.

Which Harness and Equipment for Mantrailing?

The mantrailing equipment includes the following:

Mantrailing to Promote the Senses and Communication

If you don’t necessarily want your four-legged friend to be trained professionally, you can use the training to promote and utilize the animal senses. Mantrailing challenges and encourages the dog on a physical and mental level. It also improves the relationship between the four-legged friend and the person accompanying him as a searching person. Communication is inevitably improved, signals are better understood and trust is strengthened. In addition, success in dogs ensures better self-confidence, which is why mantrailing is also suitable for fearful four-legged friends.