Everyone knows that you cannot feed your pet with food from the table. And most responsible owners follow this rule. But, despite this, animals often become hostages of temptations and bad habits. How to wean a dog from stealing food from the table?

Stealing food is a pernicious habit that speaks not only of the eating disorders of the dog but also of the problems of his upbringing. Before starting a fight with it, it is necessary to establish the cause of its appearance, that is, to understand why the dog is stealing food from the table.

So, if the animal is malnourished (for example, you put an overweight pet on a diet), then the desire to steal a piece from the table is due to banal hunger. In addition, the lack of a number of nutrients in the animal’s diet can also provoke the development of addiction.

If everything is in order with the pet’s diet, then the fault lies with the owner, because in this case, the reason lies in the improper upbringing of the pet.

How to Prevent Your Dog From Stealing Food 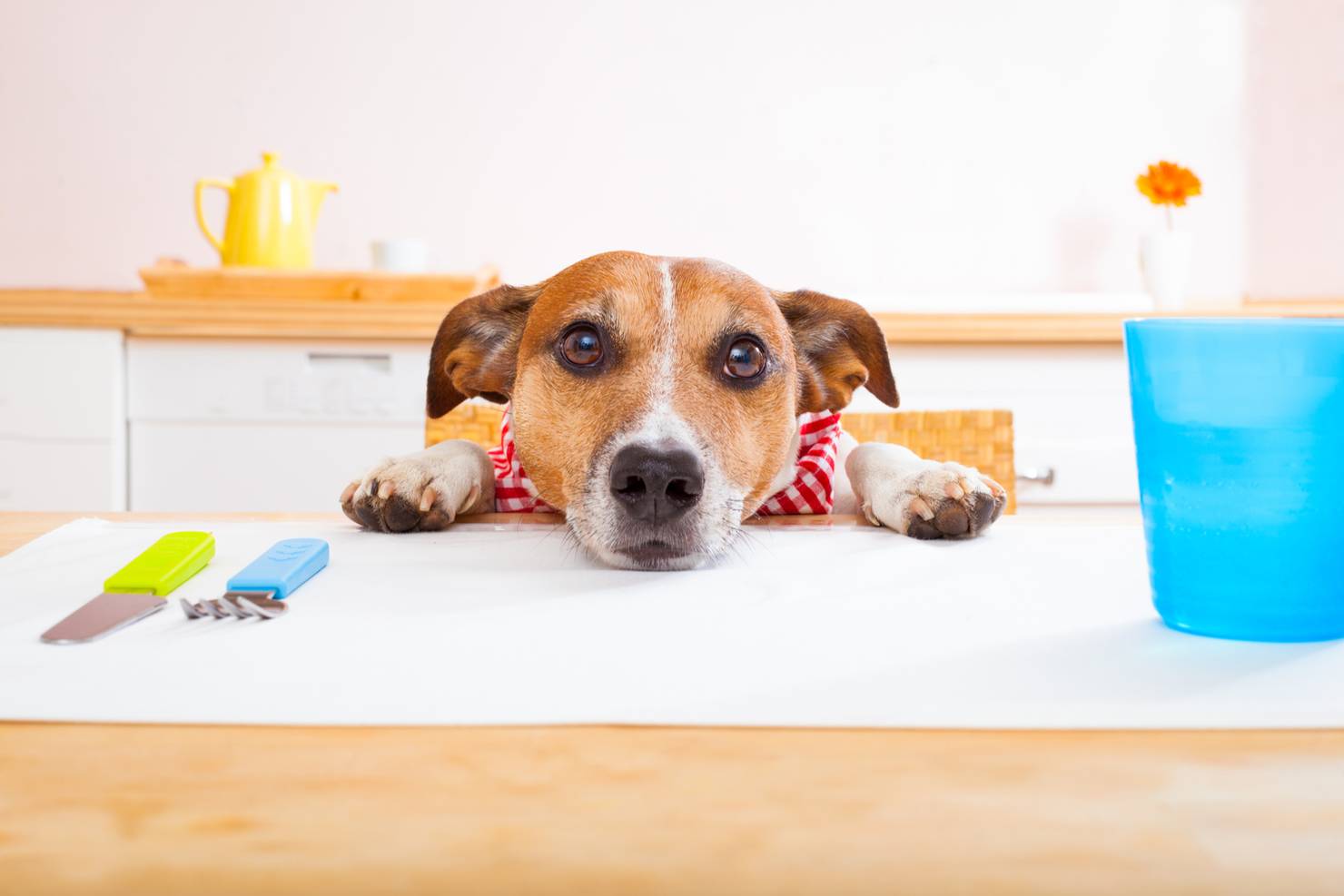 The main rule is that the dog should never receive tidbits from the table, no matter how supportive and sad he looks at you. Even a couple of times is enough for the pet to understand that the food from the table is delicious, it is a delicacy. Often, after such feeding, the dog begins to have problems with eating behavior: it can refuse its own food, become picky about food.

Stealing from the table can lead to more serious consequences, such as a burn of the esophagus. Most often, this happens when the dog tries to quickly eat freshly prepared food, while the owner left the kitchen and left the dish unattended on the table.

Also, by giving food off the table, you are encouraging the habit of picking up leftovers from the floor. This will result in uncontrolled absorption of garbage on the street while walking, which is fraught with dangerous poisoning.

It is important to show the dog that his food is in the bowl and everything else is off-limits. Starting the fight against bad habits of your pet, do not provoke him, remove food from the table, tightly close cabinets, and a trash can.

How to wean a dog to steal from the table if it already does it?

Stop Your Dog From Stealing Food

Analyze the dog’s nutrition, make sure that the amount of food that you give is enough for him;
Don’t let your pet be in the kitchen during your meal. As soon as he tries to enter, give the command “Place”. Correct behavior is encouraged by a dog treat from the owner’s hands next to the pet’s bed or placed in a bowl;

If the dog is stealing from the table and you catch him at the moment of “crime”, use scare sounds. A special device can be purchased at a pet store or you can make it yourself. For this, for example, a tin can with a few coins inside is suitable.

As soon as you notice that the pet intends to steal a piece or pick up something from the floor, throw the can next to him. The main thing is to do it so that he does not understand where this frightening object came from;

You can also make traps by tying the same tin can to the tidbit. Be sure to cover the surprise with a towel so the dog doesn’t see it.

If a dog steals food from the table, it is necessary to correct not only its behavior but also its own. If at least one of the family members continues to quietly feed the pet, the whole struggle will be meaningless. Try to explain to loved ones what eating disorders and the habit of uncontrolled absorption of food from the floor can lead to. Responsibility for the health of the pet lies entirely with the owner. A well-mannered dog whose nutrition is balanced will not try to pull anything off the table.