If the dog’s eyelids droop limply, it is called a drooping eyelid or ectropion. Eyelid malposition is one of the most common genetic eye diseases. We will explain to you which dog breeds are particularly affected, how you can recognize ectropion in your fur nose and what treatment options are available.

What is Ectropion in Dogs?

Ectropion, like entropion, is a common eye disease in dogs. It is a misalignment of the eyelid, which manifests itself in the fact that the edge of the eyelid is turned outwards and the lid seems to hang down.

A large part of the conjunctiva is exposed so that the disease can be recognized at first glance. The eyelid malposition can affect either one or both eyes.

What are the Causes of a Hanging Sore in Dogs? 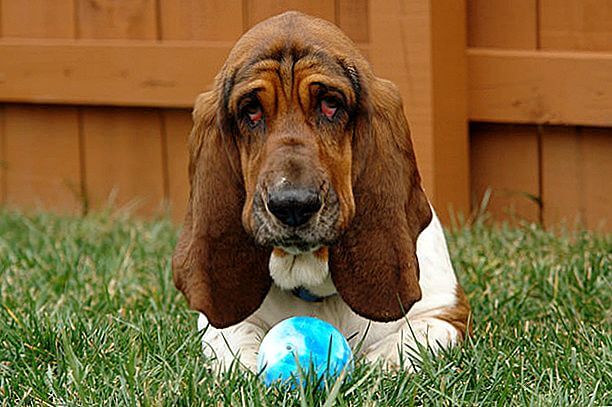 Hanging sores in dogs are mostly hereditary. Even as a puppy, dogs can be affected by ectropion and show the typical symptoms. The hereditary disease is particularly common in some breeds.

The clinical picture can be traced back to the consequences of breeding and to certain characteristics of the dogs, for example, a large cleft lid or excess skin in the head area, which favors deformed skin.

Despite the often genetic causes, healthy dogs and older dogs are also less likely to develop ectropion, for example as a result of eye disease, conjunctival weakness, or muscle weakness in the eye muscles.

Certain breeds of dogs are more likely to have ectropion:

What are the Symptoms of Ectropion in Dogs?

Ectropion is easy to recognize in a dog because the affected four-legged friend shows typical symptoms: The dog’s lower eyelid hangs down and does not touch the eye as in healthy animals. The conjunctiva is exposed, the eye is reddened.

Often the eyes are very irritated, there are more tears or a purulent discharge. In the course of the disease, conjunctivitis, itching and pathological changes in the cornea can also occur.

How Can the Droopy Eye Be Treated in Dogs?

If the ectropion is only mild and the dog is not affected by the deformity, treatment is usually not necessary. However, if the affected animal shows symptoms and visibly suffers from the sagging eyelid, the malalignment of the eyelid must be corrected.

This is done by means of an operation by the veterinarian. The operation is performed either under local or general anesthesia. Depending on the extent of the ectropion, different surgical methods are used to tighten the slackened eyelid.

The prognosis for ectropion is very good: As a rule, the operation only has to be carried out once, after which the dog is symptom-free.