The Border Collie is considered intelligent by human standards based on a number of factors. In his book “The Intelligence of Dogs”, neuropsychologist Stanley Coren ranked intelligent dogs based on their ability to learn quickly.

The study involved more than 200 experts from among trainers, judges evaluating dogs at shows. Top of the list is the Border Collie as the smartest of all breeds.

Border Collie’s mental abilities allow them to learn quickly. Only two minutes is enough to master a simple task, for example, the commands “sit”, “lie down”. But border collies do not stop at the achieved result, each time coping with more difficult tasks.

With the right approach, dogs of this breed can be taught anything from basic tricks to mastering the principles of playing ping-pong. But considering the Border Collie the smartest among the breeds, you should not rush to buy a puppy. Active and intelligent animals need constant mental stimulation and exercise. Otherwise, intelligence and activity will result in a series of behavioral problems. A dog, led by a shepherd’s instinct, can drive pets, cars, children, and trying to bite them on the heels. 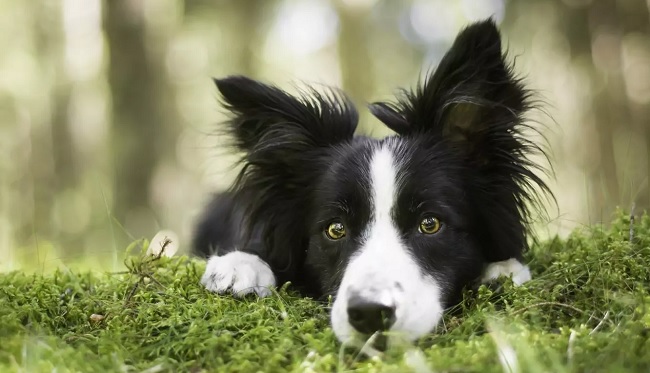 Representatives of the breed do not stop thinking for a second, thanks to which they always remain one step ahead of their owner. Animals notice everything that is happening around them. All these qualities can play against the owner. While training the border collie, you can achieve amazing results, but the dog is able to outwit the unwary owner, who in turn underestimates the ability of the animal. Border Collies are intelligent and observant, they can detect even the slightest change in tone of voice, gesture when given a command. For example, a change in the degree of the position of the hand in the air or its slow motion can mislead the dog. The dog will think that they are trying to teach him something new, although the owner repeats with a wave of his hand the already learned command “sit”. Therefore, it is important to maintain consistency and clarity in training the Smart Border Collie.

It is believed that Border Collie’s intelligence has evolved along with the improvement in their working qualities. It is imperative that the pet understands clearly the commands and gestures when performing herding functions. Dogs must quickly assess the situation, quickly adapt, and also show cunning and resourcefulness, if this is required in the performance of their herding duties. Most border collies have a highly developed instinct from birth, which simplifies the training process. But in ordinary life, without the possibility of realizing working qualities in nature, surrounded by sheep or cows, not everyone is able to keep an active and smart border collie under control.

Having one of the smartest breeds does not mean that it will be easy to train a dog. Without mental control, dogs can make decisions at their own discretion, even if they understand the owner’s command. The more time spent on training, the more results can be achieved.

To avoid behavioral problems and to meet the natural physical and mental needs of the Border Collie, you should exercise with your pet. Border collies demonstrate themselves well in agility, dog-frisbee, flyball, obedience, dog-diving. The listed sports are aimed at developing dexterity, endurance, observation, attentiveness, maintaining the physical shape of the animal. Endurance, hard work, developed intelligence allow the representatives of the breed to take first place in the competition.

Not having the opportunity to play sports, in spite of everything, you should find time for active walks with the dog, accompanied by physical activity, for example, exercise on sports equipment, games with throwing a flying disc, and the like.

But if there is an opportunity, then it is advisable to realize the natural potential, to allow the dog to show its working qualities on the farm, in the personal household, where there are sheep, cows, large poultry (geese).

How to Measure the Intelligence of a Border Collie

Researchers at the London School of Economics (LSE) and the University of Edinburgh have found that intelligence in dogs, even within the same breed, is structured in the same way as in humans, which means that the IQ of dogs is measured in the same way as in humans. Researchers performed an IQ test on 68 Border Collies, as this particular breed performs tasks more quickly and accurately. The test included tasks on how long it would take for an animal to get hidden food, on the ability to respond to human gestures. The researchers believe the dog IQ test will help improve understanding of the link between canine intelligence and longevity, health. They figured out what intelligence.

But you don’t have to be a scientist to test how intelligent the Border Collie is. The methods are how quickly the dog remembers a new command, finds a way to solve the problem, solves problems associated with obstacles, how quickly he recognizes people.

So, for example, if the ball rolls around the room, the border collie puppy will run after the ball and bring it to the starting point without relying on prompts. If you buy a new toy, show it to your pet, and then hide it nearby, the border collie will start looking for the toy by exploring the room. If a dog meets a person, then the next time he meets him, he will recognize him and will behave in a friendly manner.

Among the representatives of the breed, the dog Chaser with the largest vocabulary has the most striking abilities. Since 2004, the dog has been able to memorize the meaning of over 1000 words thanks to the playful approach to learning. The teaching method was developed by the owner of Chaser, Professor John Pillay.

The border collie Neo from England has no less amazing abilities, which consist in excellent physical fitness. Neo excels at acrobatic parkour, climbing and jumping from trees with dexterity, running along the walls.

In September 2004, the Border Collie dog, Striker, entered the Guinness Book of Records, which in the shortest time (11.34 seconds) lowered the window in the car with a manual window lifter. The dog used his nose and paw.