Rabies – many think of aggressive wild animals that attack humans with foaming mouths. In fact, rabies is a devastating infection that often changes personality and is always fatal in dogs. What exactly is behind the infection? Is it true that all living things infected with rabies become unpredictable? And why is therapy prohibited by law in dogs?

The Most Important Facts About Rabies:

Rabies in Dogs: Also a Global Risk for Humans 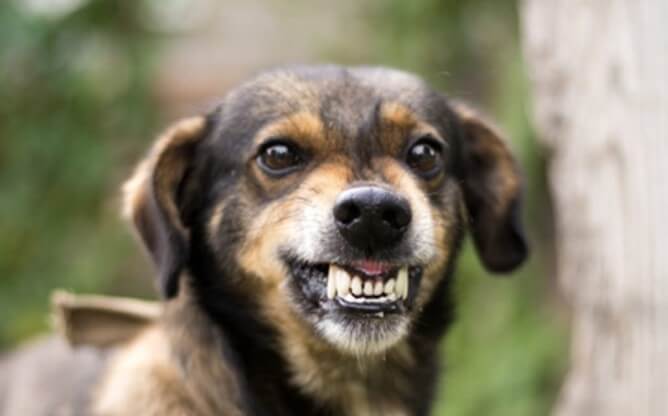 According to a 2015 study, 59,000 people die of rabies each year, mostly from dog bites. The infection, which people have rightly feared for thousands of years, is practically incurable in dogs and humans, despite the most modern medicine. Most deaths occur in Africa and Asia. But the danger lurks in isolated cases in Europe: In some Eastern European countries such as Poland, Slovakia, and Hungary, individual cases of rabies have been recorded.

With absolute certainty, a veterinarian can only prove the diagnosis of rabies in four-legged friends who have already died.

Why is it impossible to diagnose a live dog? In order to detect the virus, the veterinarian needs the dog’s brain tissue. Accordingly, the following applies: In dogs that show suspicious signs of rabies infection, a suspected diagnosis remains during their lifetime. Based on the symptoms, possible events (such as a bite by a wild animal), and checking the vaccination certificate, the suspicion can either be confirmed or refuted.

There are no symptoms immediately after infection. The viruses need time to multiply and to reach their destination. The incubation period, i.e. the time between infection and the onset of the disease, depends on many different criteria.

One of these criteria is the transferring agency. From there, the viruses travel along the nerve pathway to their destination, the brain. If an animal carrying rabies is bitten near the brain, the outbreak can occur after two weeks. If the area is further away from the brain, the first symptoms can appear after about eight weeks. The outbreak usually lasts 1-7 days and is fatal.

The viruses attack the central nervous system. The signs are caused by inflammation of the brain. It should be noted that the signs vary from dog to dog and the stages can also overlap. In principle, the process can be divided into three phases:

In the beginning, the dog may show signs such as fever, depression, vomiting, and also coughing.

Most dogs show “mad rage”. Characteristics are increased salivation, foam in front of the mouth, and difficulty swallowing. Further symptoms can be aggressiveness, hyperactivity, unmotivated barking, and changing moods. The so-called “silent anger” is rather rare in dogs. Here the dog is shy and shows increased nervousness.

The third phase (stage of paralysis)

In the last phase cramps and respiratory paralysis appear. Often, unconsciousness occurs. The phase ends with the death of the four-legged friend.

Even in people suspected of having rabies, there is next to no chance of a cure. In the case of dogs, the current status is: Even if the four-legged friend does not show any symptoms, any possible therapy is prohibited by law. Since rabies is a mortal danger to humans, the dog is put in a quarantine station. If the suspicion of rabies is confirmed, the infection always takes a fatal course. By order of an official veterinarian, an unvaccinated dog is relieved of its suffering.

Regular vaccinations alone can protect against the deadly viral disease. Veterinarians urge you to have your four-legged friends vaccinated against rabies – even if the danger seems to have been averted in this country. Contagion with the deadly virus would be devastating. Not only in the individual four-legged friend, but also in relation to other animals and ultimately also to humans.