A gastric torsion in dogs is one of the most serious acute illnesses. Although it occurs relatively rarely, it can be fatal within a very short time.

Contents hide
1 Stomach Torsion in Dogs
2 What is a Stomach Twist?
3 What are the Causes of a Stomach Torsion?
3.1 Large breeds are particularly at risk
3.2 Size and timing of the meal
3.3 Too small chunks of food
3.4 Age and stress
4 What are the Symptoms?
4.1 Restlessness and panting
4.2 Attempted vomiting
4.3 Water is vomited again
4.4 Inflation of the abdomen
5 What Immediate Measures Need to be Taken?
6 How Do Diagnosis and Treatment Work?
7 Prevent With Little Tricks

What is a Stomach Twist?

Gases are constantly being produced in the stomach as a result of digestion. In the normal position, these escape either through the stomach entrance or exit.

If there is torsion of the stomach (torsio ventriculi), the dog’s stomach rotates around its longitudinal axis.

The entry and exit of the stomach are immediately constricted. The gases can no longer escape. The stomach puffs up, expands, and becomes hard. In addition, blood vessels are constricted. There is an insufficient supply of oxygen. The affected tissue may die.

What are the Causes of a Stomach Torsion? 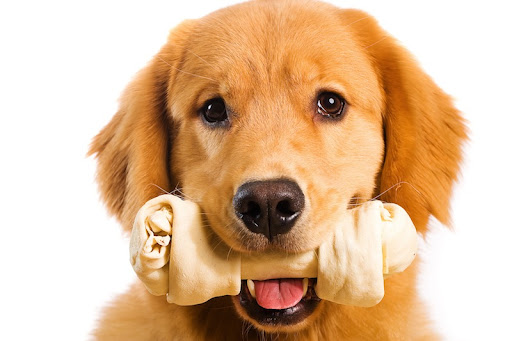 No dog is immune to a twisted stomach per se. So far, no clear causes have been identified either. It is clear, however, that there are decisive factors that favor the disease:

Large breeds are particularly at risk

The larger the breed, the higher the risk of gastric torsion. Strictly speaking, it is about the ratio of the circumference of the chest to the circumference of the abdomen. Dogs with a narrow waist and a deep chest are, particularly at risk. These include, for example, a German Shepherd, but also a Great Dane. With them, the stomach has a lot of space in the abdomen and can twist more easily. However, stomach torsion can also occur in small dogs.

Size and timing of the meal

The size of the meal is another important factor. Large meals lead to stomach twisting more quickly. Also, large dogs shouldn’t romp around after eating. The organ can twist particularly quickly.

Too small chunks of food

Dry food is available in different sizes. Too small chunks of food tempt the dog to devour. He swallows more air, which also favors a twist.

What are the Symptoms?

After eating, dog owners should keep a close eye on their pets. The following signs are to be taken seriously:

If the stomach is twisted, the dog will be in pain. This is expressed by the animal walking restlessly up and down, panting and/or whimpering. The dog is obviously not feeling well.

After the twisting of the stomach, the dog will choke and try to vomit. In this way, he wants to get rid of the uncomfortable feeling in the stomach. However, since the stomach has long been twisted and the exit is closed, there is no vomiting.

Even water is vomited again after a short time. After all, it cannot get into the stomach and is therefore carried out again by the body.

Inflation of the abdomen

The gases produced in the stomach lead to significant hardening of the abdominal cavity behind the ribs. This can not only be seen but also clearly felt by touching it. In addition, the abdomen sounds hollow.

What Immediate Measures Need to be Taken?

Immediate action is required even if there is an initial suspicion of a twisting of the stomach. Since the incident can always be fatal, the dog owner should not waste time trying to prevent the worst. Serious complications can occur within half an hour.

The dog must be presented to the vet immediately!

How Do Diagnosis and Treatment Work?

The diagnosis, as well as the treatment, must be made quickly. This is the only way to increase the chances of survival in the event of a dog’s stomach twisting. First, the animal is scanned and x-rayed. If the suspicion is confirmed, the gases are removed from the abdomen by means of a puncture. The aim of these measures is for the stomach to return to its original position by itself, i.e. a new twisting of the stomach. In this way, the stomach region, including stomach walls, tissues, and vessels, relaxes. The torsion of the stomach in the dog only requires an operation if the organ does not turn back by itself.

Large dogs are always at risk of the disease. With a few tricks, however, you can specifically prevent stomach torsion in dogs: