Conjunctivitis, also called dog conjunctivitis, is common in dogs. Certain breeds of dogs are even particularly vulnerable due to their anatomy or genetics. Whether due to drafts, foreign bodies in the eye of a virus: the reasons for eye infection are varied.

Definition of Conjunctivitis in Dogs

The conjunctiva (conjunctiva) is located on the inside of the eyelids in both dogs and humans. The mucous membrane is responsible, among other things, for keeping the dog’s eyes moist and clean. If inflammation occurs, the veterinarian speaks of conjunctivitis. This leads to redness, increased tearing, suppuration, and swollen eyelids.

What are the Causes of Conjunctivitis? 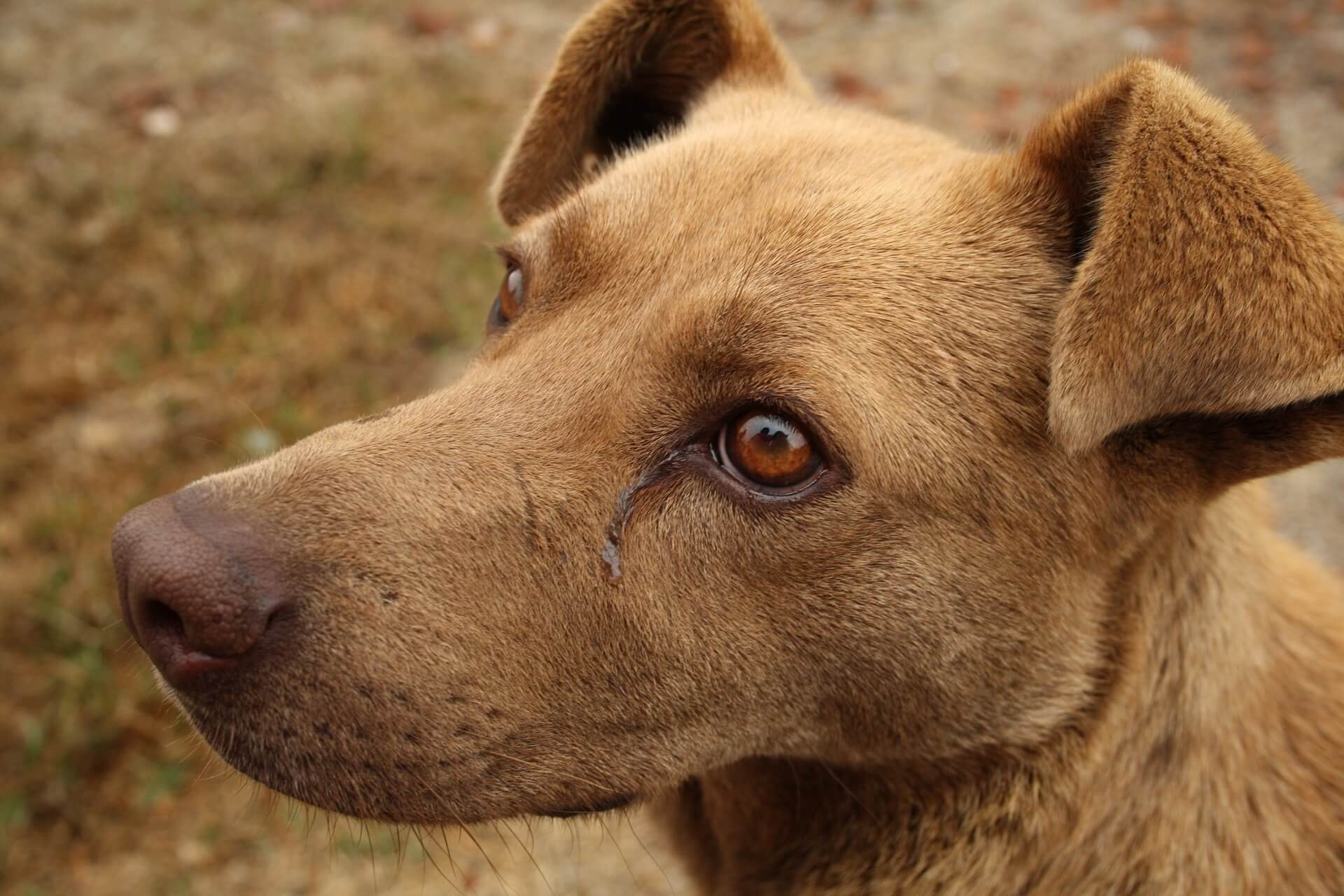 The causes of conjunctivitis in dogs can be many but are usually harmless. Foreign objects in the eye or drafts are the most common triggers. Allergic reactions, for example to house dust mites, grass, or pollen, can also lead to inflammation in the eye. Conjunctivitis is only contagious in dogs if bacteria, viruses, or fungi are the cause.

Special breeding traits are also known to promote eye infections. Big googly eyes like English bulldogs, French bulldogs, boxers, or pugs are a keyword here. Through genetic selection for the purpose of ever larger and supposedly cuter eyes, the eyelid gap has become smaller and smaller. Misalignments of the lid (for example the so-called roll lid) can also occur.

Other breeds, such as the Cocker Spaniel, have small hairs on the lid. These can grow into the eye and lead to chronic inflammation.

What are the Symptoms of Conjunctivitis?

The clearest reddening of the eyes, swelling, and discharge are among the clearest signs of conjunctivitis. The swellings appear in the upper and lower lid regions, often also in combination with slight reddening. The eye itself gives the impression of being bloodshot and can sometimes be very red. In addition, there is increased eye fluid, which makes the eye appear glassy and possibly also tears. As it progresses, the discharge becomes purulent, yellow, and clumped.

The dog’s behavior also indicates that something is wrong: When conjunctivitis occurs, the animal usually tries to rub its eye with its paw. In addition, the four-legged friend keeps the affected eye slightly or strongly pinched and blinks frequently.

Symptoms at a glance:

How Long Does Conjunctival Inflammation Last in Dogs?

How long the symptoms last depends on the causes of the disease. If the inflammation is caused only by drafts or a foreign body, the worst will be over after a few days. Bacterial infections should subside after a maximum of 14 days. However, if it is a virus, the illness can be protracted. It takes at least three weeks from the appearance of the first symptoms to the final healing.

How Can Conjunctivitis Be Treated?

The first time you suspect conjunctivitis, you should bring the animal to a veterinarian. Because the causes can be varied, assessment and diagnosis by a specialist are necessary. The veterinarian first identifies the cause during the examination. He then initiates appropriate therapeutic measures with suitable medication.

Treat conjunctivitis in dogs with medicines

Eye drops are usually used for uncomplicated conjunctivitis caused by drafts or dust. If the discharge is only slight, a simple eyebright complex from a pet store can help. If the course is chronic, the vet will be happy to use eye gels and creams. Bacteria and fungi already require heavier guns: antibiotics and antimycotics are necessary here.

If allergies occur due to pollen and grasses, desensitization is an option – as is the case with humans. The therapy covers a longer period of time during which the (animal) patient slowly gets used to the allergy-causing substances.

For mild cases caused by superficial irritation, old home remedies are a tried and tested method. Chamomile tea is not the most suitable choice! Although chamomile has anti-inflammatory effects, it also dries out the mucous membranes. It is better to use lukewarm rinses without additives. Bonded eyes can also be cleaned with a damp, lint-free cloth.

Conjunctivitis in Dogs: What is the Cost?

Unfortunately, it is not possible to make a general statement on veterinary costs. The causes are too diverse for that. Often, any previous illnesses must be treated as well. It can also be a chronic condition such as an allergy. In the case of simple conjunctivitis, the costs do not amount to more than around $35 – including eye drops. If, on the other hand, expensive therapies or even surgical interventions are necessary, several hundred euros can quickly come together.

Prevention: As Far As Possible!

If your dog is not one of the most susceptible breeds, there are many forms of conjunctivitis that you can prevent.

Drafts: When you are out in the car with your four-legged friend, keep the windows closed. Drafts quickly irritate the conjunctiva, which in turn leads to inflammation. At home, the dog basket belongs in a sheltered, quiet corner without drafts.

Allergies: You can have a veterinarian test whether your dog has allergies to pollen or grasses. However, careful observation also helps. Keep the animal away from appropriate fields and meadows during flowering as far as possible.

Breed-related predisposition: small dogs move close to the ground so that foreign bodies are more likely to get into their eyes. In addition, they often have narrowed tear ducts, which also promote inflammation. Special eye drops to keep the eye moist are one way of prevention. Does your partner with the cold nose suffer from chronically inflamed eyes? Then surgery is probably the only way out.