Mystical dog names take you into a supernatural world full of magic. In addition, they emphasize the spiritual connection between humans and four-legged friends. In this article, you will find many mysterious names for males and females from A to Z.

Enigmatic, a little dark, and yet beautiful: Mystical dog names are undoubtedly extraordinary. Do the names from the realm of mysticism match the four-legged friends? Absolutely!

After all, the loyal dogs cast a spell over their families from the very first second and enchant everyone with their character. Many people see a soul dog in their fur nose because they feel connected to them in some inexplicable way.

The good news in advance: Finding the right mysterious dog name is not rocket science! Ideas can be found, for example, in well-known fantasy novels, fables, or in mythology. Let yourself be inspired and find exactly the right name with that certain extra magic! 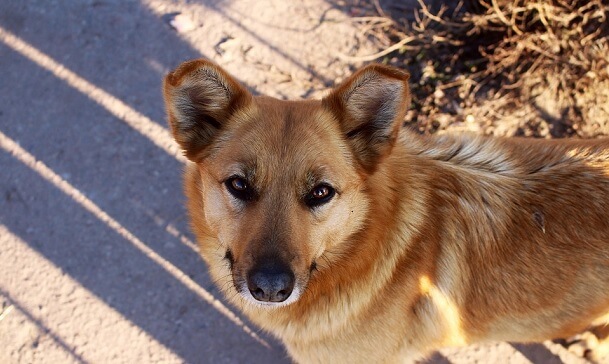 Spiritually: Buddha comes from Sanskrit and shines with the beautiful meaning “the awakened”. A male named Buddha will be a bright guy.

A happy life in freedom: Harry Potter freed a trapped house-elf named Dobby. The name fits – based on the figure – to small and petite males.

From the fantasy world of J. R. R. Tolkien: Frodo Baggins is a brave hobbit who struggles with the influence of the ring. As a dog name, it sounds mystical and cheeky.

The translation of the English word “jinx” is “curse” or as a verb “bewitch”. In the US, Jinx is quite a popular name for male dogs.

Hocus-pocus: There are many myths about Merlin the magician. But one thing is certain: a male named Merlin is guaranteed to enchant his family.

Simply divine: Odin is not just any god, but the main god from Norse mythology. It goes perfectly with strong and majestic males.

Thorin Eichenschild is the courageous and fearless king of the dwarves in “The Hobbit”. The mystical dog name is, therefore, an excellent choice for self-confident little males.

Edda – a strong name for a bitch! Who would have thought that the term also refers to two literary works that deal with gods and heroic sagas from Scandinavia?

Fairies are graceful beings endowed with magical powers. Females are not able to perform magic, but they cast a spell over people without any trickery.

Luna ranks first among the most popular female dog names and is also a mystical name at the same time. Because Luna is the moon goddess in Roman mythology.

Harry Potter fans know right away that this dog name is particularly mysterious. After all, the ghost of the “Moaning Myrtle” is up to mischief at Hogwarts.

Strictly speaking, Shiva is a demigod in Hinduism and therefore more of a name for males. But in this country, the mystical dog name with the beautiful sound is often given to females.

Tara is originally an Indian star goddess. A female who enchants everyone with her radiant smile is the ideal candidate for the name Tara.