Every year thousands of animal lovers adopt a dog from Spain. Because there are many strays as well as disused hunting dogs that are looking for a new home. We give tips about adopting a dog from Spain.

Contents hide
1 Adopting Dogs From Spain: That’s Why It’s a Good Idea
2 This is How Dogs Live in Spain
3 Dogs From Spain are Looking for a Home: Animal Welfare and Mediation
4 Health: This Is What You Should Watch Out for with Spanish Dogs
5 Getting a Dog From Spain Used to Its New Life

Adopting Dogs From Spain: That’s Why It’s a Good Idea 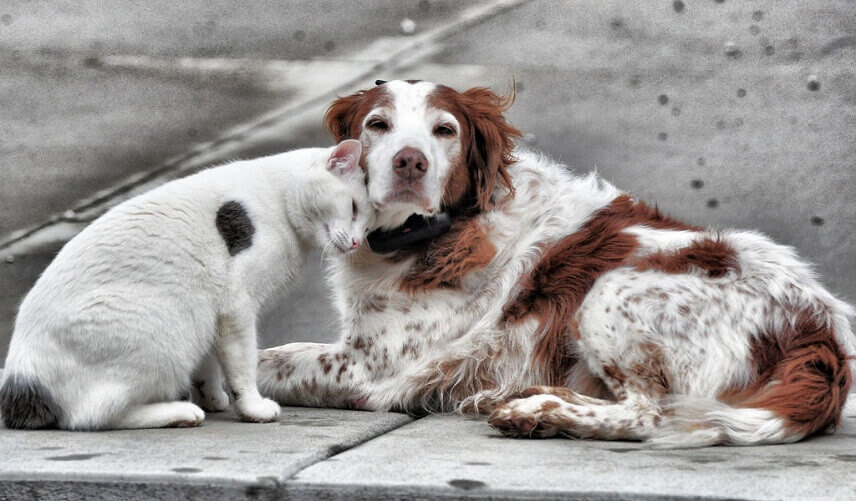 Of course, many dogs are also looking for a new home in the world. Fortunately, there are hardly any stray dogs here. In addition, the conditions in Spanish animal shelters are more difficult than in this country. Some four-legged friends die because they cannot find a home, although they could still enjoy many healthy years. Life is very tough for many Spanish dogs. Adoption can be salvation. There are also the following reasons for taking in a dog from Spain:

If you cannot find what you are looking for in the local animal shelter, you can find your dream dog among Spanish dogs. For example, there are only a few small dogs in German animal shelters.

Dogs from the Spanish animal welfare are considered to be particularly social.

You have the opportunity to give a new life to a four-legged friend with poor chances.

This is How Dogs Live in Spain

In Spain, there are private animal welfare organizations with affiliated animal shelters as well as state animal shelters, the so-called perreras. It is forbidden to kill healthy animals around Madrid and in other Spanish regions. Unfortunately, in some perreras it is still common for stray cats that have been caught to be euthanized after three weeks if they have not found a new owner.

Space, time, and money are in short supply in Spanish animal shelters. Old and sick four-legged friends usually have no chance there.

Life is particularly tough for many Spanish greyhounds, also known as galgos. These sensitive four-legged friends are traditionally used in dog races and hunting. Spain is the only EU country that allows this type of hunting. The end of the season in late winter is the death sentence for many four-legged friends. Because when the dogs, which can reach speeds of up to 70 km / h, get older, many of them are disposed of. If you are lucky, you will end up in one of the overcrowded rescue centers.

But the majority suffer a different fate: Galgos are abandoned, drowned, doused with acid, or pushed off cliffs. Particularly cruel dog owners hang their dogs from a tree in the “traditional” way. The fact that Spanish laws prohibit the mistreatment and killing of animals hardly plays a role in practice. Animal rights activists estimate that tens of thousands of disused racing dogs are killed every year. To avoid punishment, the owners remove the animal’s microchip. So the authorities cannot investigate them.

Dogs From Spain are Looking for a Home: Animal Welfare and Mediation

In order to be allowed to bring animals from Spain to another country, it goes without saying that reputable clubs have a corresponding approval in accordance with Section 11, Paragraph 1 of the Animal Welfare Act. The dogs are usually reported via TRACES. With this online procedure, the Spanish public order office registers the four-legged friend with the German public order office. Of course, moving to a new country also includes a health check – read more about this below. In the following, we present a small selection of associations that place dogs from Spain.

Tierschutz Spanien e.V. is an association that has existed since 2004 and works with various Spanish animal welfare organizations and animal shelters. The association’s commitment extends to on-site medical help and the placement of Spanish dogs in Germany. Around 180 four-legged friends find a new home every year.

TSV Galgo Friends e.V. focuses on the placement of Galgos and Podencos. For this purpose, the animal rights activists work together with the Ciudad Animal shelter 160 km southeast of Madrid.

The Galgorettung Fränkisches Seenland e.V. also focuses on mediating hunting and racing dogs that have been left behind. On the association’s website, you will find a lot of information about galgos and podencos in Spain.

Many of the associations are looking for voluntary helpers or foster careers.

Do you already have dog experience and can you imagine taking in a dog on a temporary basis? Then find out about the requirements for foster homes for dogs from Spain.

Health: This Is What You Should Watch Out for with Spanish Dogs

If you get your four-legged friend through a reputable animal welfare organization, they have already done some preparatory work. The dog has at least been vaccinated against rabies and has an implanted microchip and an EU pet passport. It is advisable to have the dog tested for typical Mediterranean diseases before leaving the country. These include dirofilariae, leishmaniasis, ehrlichiosis, anaplasmosis, and babesiosis. Introduce your four-legged friend to your vet upon arrival at the new home. They can examine it thoroughly and advise you on a check-up for Mediterranean diseases.

Getting a Dog From Spain Used to Its New Life

Dogs from the Spanish animal welfare can expect a completely unknown environment after moving to another country. This doesn’t just mean your four walls, but also the fact that the dog is in a house at all. Driving, house training, staying alone and on a leash can be some of the other challenges.

With love and patience, you will master this together with your new family member.

Many dogs from Spain have had bad experiences and can be afraid of certain groups of people such as men or children. It can be helpful to contact a dog trainer to help manage the anxiety professionally. In the first few weeks, a dog that you have adopted from Spain should always be well secured on a leash.

Walking for a walk can be a challenge, especially with Galgos and Podencos. The greyhounds love to run free, which is not possible in Germany in many cases. Use the tow line to give them more freedom of movement. A fenced dog run is good for four-legged friends. Unfortunately, galgos and podencos are among those dogs that get lost more often than average in their new home. So be on the safe side: never let podencos or galgos run free if the recall does not work one hundred percent.