On average, the beloved and extremely popular representatives of the German Shepherd breed live from 10 to 15 years. But as often happens, the life of a pet can be affected by none other than its owner.

How Many Years Do German Shepherds Live? 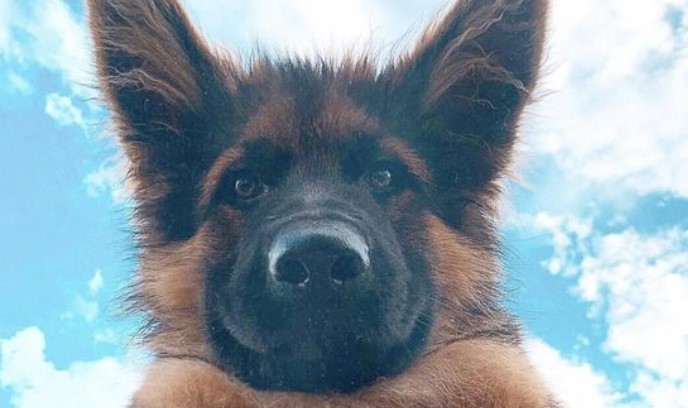 These dogs are considered full adults when they reach 2-3 years of age. Before that, they are called adolescents, and up to 1.5 years old, puppies. From 3 to 7 years old “Germans” are active, cheerful, in other words, young. It is at this age that dogs are most often used for pedigree breeding, are involved in police service, search activities, participation in the treatment and rehabilitation of people.

From the moment the pet turns 8-9 years old, the owner may notice that his physical activity has declined. From this time on, the shepherd dogs may begin to have health problems. They begin to get sick especially strongly after 11 years, and those individuals who have reached 13-15 years old can even claim the title of centenarians.

Interesting! The German Shepherd is a rather large dog, which, unfortunately, negatively affects the duration of its active and healthy life. After all, the smaller the dog, the longer and better it lives.

What Affects the Life Expectancy of a German Shepherd?

Interesting! If we compare the age of an elderly fifteen-year-old shepherd dog with that of a human, we can see that, by human standards, its body is worn out in the same way as that of an 80-year-old man.

Owners who are not indifferent to the fate of their pet and who want to extend the life of a shepherd dog as long as possible should take into account that the following will necessarily affect its life expectancy:

Lifestyle. Dogs that are constantly chained in the yard will live 4-5 years less than the prescribed period. German Shepherd, of course, can live outdoors, but for this, it needs a warm and spacious enclosure and regular physical activity. The same applies to apartment dogs. To keep them healthy and cheerful, you need to walk with them for a long time and often.

Food. Such a large dog as a German Shepherd needs high-quality and balanced nutrition. This is especially true of minerals and other useful substances necessary for the development and maintenance of the health of bone and cartilage tissue. It is best to feed the German Shepherd dog premium dry food.

Psychological condition. German Shepherds are one of the most human-oriented breeds. They will be devoted to their one owner and only until the end of their days. And if from the one to whom the dogs gave their heart and soul blows only an icy wind of indifference (not to mention cruelty and anger), the dog will feel extremely unhappy.

Genetics. Hereditary diseases, passed from parent to offspring, can significantly reduce and worsen the quality of life of any animal.

Constitution. It has already been mentioned that the large size of the German Shepherd Dogs automatically puts them in the “SHORT LIVING” category. But even in this situation, individuals that weigh more than 60 kg live much less than those whose weight does not reach 50 kg.

Gender. Among breeders, there is an opinion that females, despite the fact that they have to bear offspring, live 2-3 years longer than males.

It doesn’t take much of your German Shepherd to live happily ever after. The animal must be taken care of by observing each of the points included in this general concept. Without attention, walks, high-quality nutrition, and veterinary supervision, even the hardiest long-lived dog will not last long, not to mention such large, but at the same time gentle and demanding German Shepherds.