Having firmly decided to acquire a faithful and intelligent companion for many years, namely to take a dachshund puppy to the house, having prepared everything for the pet, it remains only to choose.

Arriving at the seller, eyes run up from various cute puppies, and many questions arise. How to choose the right dachshund puppy, what to look for, what documents are needed? 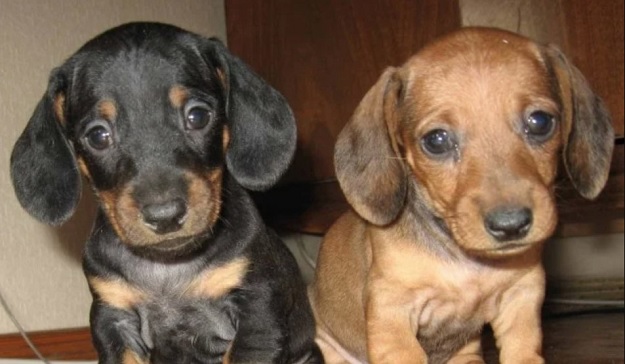 It is not worth picking up a puppy from its mother until it reaches the age of two months. At this age, he should already switch to the main feed from his mother’s milk, undergo the first vaccination. Dogs deprived of communication with their mother at an earlier age are not always socially adapted, maybe overly shy, nervous, or do not make contact with people.

When choosing a dachshund puppy, first of all, you need to make sure of his health, the absence of hereditary or acquired pathologies. It is very difficult to treat diseases that arise at an early age. It is necessary to see in what conditions the mother and her offspring are kept, what they are fed with. A good breeder will never refuse such a request. If they do not want to show you the conditions of detention or the animals are in a dark, damp, cold room, they are fed with cheap food or porridge without added vitamins, it is better to refuse to conclude a deal.

The puppies themselves should be active, there should be no violations of coordination of movements (clumsiness does not count), a large abdomen (even if they were just fed). On close inspection, check the condition of the coat, it should be smooth, even, shiny. The eyes should not be watery, the puppy should not blink often. The ears and mouth should also be examined. In males, the testes in the scrotum can already be felt.

Dachshunds have a predisposition to intervertebral disc defects, so in dachshund puppies, it is imperative to pay attention to the condition of the back and spine. The back in healthy dogs is flat, without hump or deflection. Dogs of this breed are removed from the fifth “dewclaw” toes on the 2nd day of life, a small scar remains on the hind legs in place of the toe.

When choosing a dachshund puppy, it is important to find someone who will suit the owner. A competent dog breeder will tell you which puppy from the litter meets the described criteria.

You can watch the games of the kids for some time, who is more active, who is bolder, which of them requires affection and attention from people. If you understand exactly what is important to you in your future friend, it is not difficult to choose the right dachshund puppy with the optimal character.

Those who dream of high awards at shows and buy a puppy for these purposes should first familiarize themselves with the breed standard. Before you buy a dachshund puppy, you should check its pedigree, look at the parents and their rewards, evaluate the exterior. If possible, it will not be superfluous to show the vending dachshund puppy to an experienced dog handler, better life, or at least in a photograph.

When buying a pedigree dachshund, the breeder must provide the buyer with a set of documents, which includes a veterinary passport and a puppy card, it is advisable to draw up a sales contract. The veterinary passport must contain notes on the first vaccination and deworming. The owner draws up the pedigree himself when the dog reaches six months. In the absence of a puppy card (and even if there is one), you should check the presence of the dog’s stamp on the ear or belly. The contract is a guarantee of the seller’s honesty and responsibility. In the event of further claims against the seller (for example, it turns out that the puppy is not purebred), the contract will be considered as evidence.

Dachshunds live 12-17 years, so that communication with a dog brings joy and happiness, even in the process of choosing a dachshund puppy, many problems can be eliminated. But still, the final decision should be made with your heart, and if you cannot take your eyes off the charming crumbs and can no longer imagine your life without him, all other criteria are not important.