Signs of a dog’s trust are an emotionally positive attitude towards this person, the dog’s willingness to follow the person and communicate with him, the readiness to obey the requirements of this person, and allow him to perform any manipulations with himself. 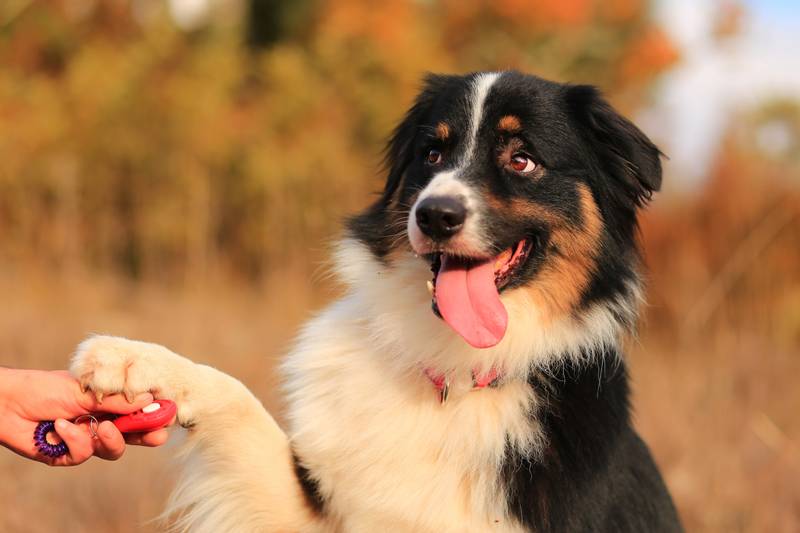 And, conversely, the loss of trust is usually expressed in fear in relation to a specific person, fear of him, in the absence of a desire to communicate with him, in avoiding physical contact, in an unwillingness to fulfill the requirements, as well as in resistance to fulfilling the requirements of this person in a passive, or even aggressive form.

As a rule, the question of regaining trust on the part of a dog arises after the conscious or accidental infliction of severe pain or fear on the part of a particular person. Less often, a dog stops trusting a person in the event of his unpredictable behavior. This is when a person has seven Fridays a week.

Recovering a dog’s trust is not difficult at all, but it takes time, and sometimes a lot. You know the law of the universe: to destroy is very fast, and to build is much longer. And if we talk about bad and dangerous, then the gullible do not live long. Therefore, it takes much more time to wean the fear than to learn to shake the paw.

On the way to dog’s trust, it is necessary to exclude those situations in which there was a loss of this trust, to exclude those influences that led to the emergence of a conflict. Spend as much time with your dog as possible. Do what the dog loves, which makes him feel good and happy. Stop feeding your dog just like that. In general, start feeding the daily dose of food from the hands while interacting with the dog. Give your dog something that he loves to eat as often as possible. You can even neglect your diet for a while. Play with the dog as much as possible. Stroke, scratch and hug the dog more often, talk to it in an affectionate voice. But do not be intrusive: if the dog avoids, pause, and after a while, offer contact again.

Increase the number and time of walks. Offer your dog activities that are fun and collaborative as you walk. Run with her and away from her.

When you see that in situations far from conflict, the dog’s confidence in you has increased, gradually (from afar, inexpressive, starting with low intensity, etc.) begin to behave as it was before or during the conflict. For example, your dog is afraid when you raise your hand: he thinks that this will be followed by a blow. To prove to the dog that it all seemed to her, dreamed and dreamed, during the game, step back three steps from her, raise your hand, immediately lower it and cheerfully invite your pet to continue playing. Over time, raise your hands more often, keep them raised for longer, and get closer to the dog. But each time, end it all with positive consequences for the dog. The game can be replaced by treating the pet with tasty food for him.

Sometimes it is difficult to prove to the dog that nothing terrible and fatal will happen if it follows the owner. For example, a rare dog will even follow its beloved owner for the first time up the stairs at the training ground. It remains to prove to her not in words, but in deed that they do not die from this. We grab the dog and forcibly lead it up the stairs, ignoring its resistance and screams. After a few sessions, the dog actually realizes that it remains alive, and the legs and tail do not fall off at all. And after a couple of months of regular training, he independently overcomes this step projectile.

As an example of restoring trust, I will cite the following case. We handed over to the shelter a female pug 2 years old and with extreme aggression. The dog did not allow itself to be combed out, washed, and wiped. She categorically did not allow not only to take off and put on the collar but also to attach the leash to it. She screamed at every outstretched hand, biting her palpably.

A new owner was found for the dog, and we began to restore confidence in the hands and man. And above all, they stopped feeding the dog just like that. Feeding was carried out as follows: in the left hand a pellet of food – the right hand is extended towards the dog. If the dog does not show aggression, it is fed a pellet of food. If he shows aggression, the person turns away from the dog and moves away from it. After 5-10 minutes, the approach is repeated. Further stages were as follows: the right-hand touches the dog’s side with the fingers, then in different places, a palm is placed on the dog, the dog is stroked, the skin is lightly collected with the fingers, the dog is scratched with the fingers, stroking movements are more intense, the dog is gently pressed. At the same time, work was going on with the collar: a finger touches the collar, a finger is pushed under the collar, two fingers, three fingers, the collar is hooked up with a finger and slightly pulled, the intensity of the impact of the hand on the collar increases, it is half removed and put back into place, finally removed over the head and put on again.

As a result, the dog ceased to be afraid of hands, moreover, communication with hands became a biologically important event for the dog. But it took two minutes to write this paragraph, and 3 months to describe the events. And I also want to note that there were kickbacks in the dog’s behavior, all sorts of stubbornness, and other “I can’t, I don’t want, I won’t.”

So, love, patience, and work will return your dog’s faith! Here is such a well-known dog saying.