The term “independent” means the independence of the subject, his self-sufficiency, and emphasizes that he, this subject, is not in anyone’s power or dependence on anyone or subordinate to anyone. An independent subject is prone to independent decision-making and is autonomous in his actions and behavior.

Independent dogs are difficult to train, have little or no obedience. And in general, they are on their own. 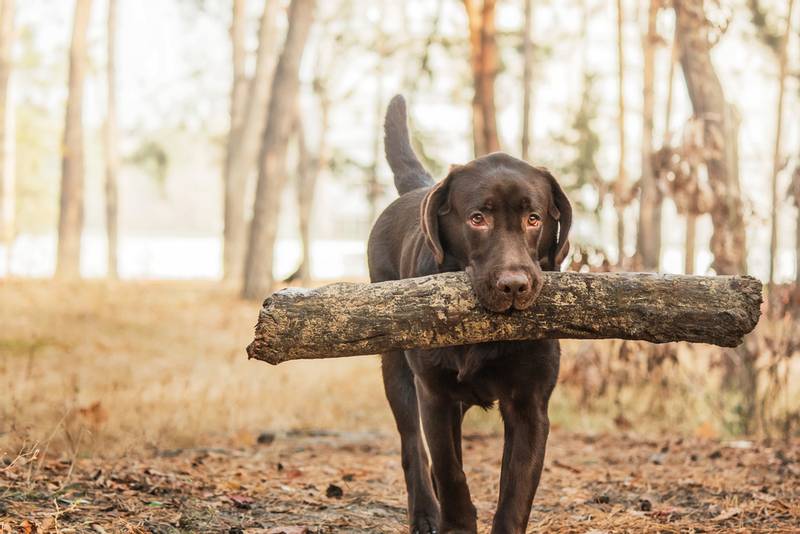 Dogs are independent for two reasons. The first of them is breed affiliation. The fact is that there are dog jobs, for the successful performance of which dogs must be more or less independent of humans. For example, many breeds of hunting dogs, being away from the hunter, should rely only on themselves. And how can you rely on a person if he hears and smells worse than you?

Sled breeds are also very independent dogs. When creating these breeds, no special selection was made for obedience and training abilities.

Even a Labrador looking for explosives must be sufficiently independent of the dog handler when deciding on the presence or absence of a target.

Thus, we can, and sometimes should allow the dog relative and situational independence, taking into account the breed and current activities.

The second reason for the independence of dogs lies in the wrong upbringing or lack of this upbringing. And this can happen to a dog of any breed. And then the dog lives with the person, but not with him, not together with him, but next to him. Like in the same apartment, but by itself. A person is perceived as an apparatus for dispensing food and taking it out into the street and no more.

Sometimes the owner’s vulnerable soul boils over with a dog’s disrespect and decides to run for leadership.

Being a leader means being a highly respected member of the team, having authority, making decisions, and playing a central leadership role in organizing joint activities and regulating relationships in the group. The leader initiates and organizes group activities and group interactions.

So, there is nothing easier than becoming a leader! You just need to have the qualities of a leader and perform the functions of a leader.

Don’t have the qualities of a leader? Get one or live with your dog on a leash. By the way, so many people live, if with a husky or a beagle.

The leash is one of the main tools in the struggle for leadership. But more on that below, but for now about the fact that the leaders are different.

An authoritarian leader is also a dictator, establishes strict discipline, a clear distribution of responsibilities, imposes his opinion without taking into account the opinion of the members of the group.

A democratic leader is almost a leader, takes into account the opinion of the group members, encourages their initiative, delegates part of the powers (for example, when hunting) to the dog.

The liberal leader is a formal owner, does not conflict, does not insist, goes on a leash where the dog leads him. Just under a formal owner (I am the owner, and only for that I ask you to love me!), The group is practically not organized and fragmented, and functional responsibilities are distributed chaotically.

Becoming a leader and being one is a painstaking business that requires time, effort, and even some sacrifice on the part of the owner. Example: now you, tired after work, on an evening walk, just trudge on a leash, where the wind (that is, the dog) blows. And the leader leads him, initiates a variety of activities, not giving the dog a minute of nothing to do, offers the dog one thing or another fun and important thing. Now he runs with the dog, then looks for toys, then trains obedience skills, etc. Can you?

To become a leader, that is, an important and respected member of the dog-human group for the dog, it is necessary that you become an indispensable condition and an indispensable factor in satisfying important needs for the dog. And those for dogs are walks, meeting hygienic needs, exploring new territories, physical activity (physical activity, running), sniffing, solving intellectual problems, love, and attention. And, of course, it is the leader who decides when and what to do, where, and how to go. The leader regulates the behavior of the group members.

To begin with, on the way to the top of leadership, limit the dog in everything described above. Don’t just feed. The dog must earn food from you. To deserve it. You are a feed holder. Or, by analogy with Zeus the Thunderer, a fodder. That is, you are also the main god. You pour in the daily dose of food (if you feed it with natural food, switch the dog to ready-made food) and feed it during the day, only when the dog fulfills your next requirement: he will execute the command, sit, look at you, bring a toy, etc.

Training, training, and training again! Obedience, obedience, and obedience again! Drill, you say? But this is the only way to show the dog that he is in your power.

Not obeying? And physical strength is not enough to force? Do not feed. Turn away. Move away. Never mind the dog. After a while, repeat the request.

The dog comes up and asks for attention? Let her execute a couple of commands, and then scratch her belly as much as you want.

Did you bring a toy and offer to play? Let him execute a couple of commands, and then play.

But it is better to stay ahead of the dog: be the first to offer it interesting things. And as often as possible.

Asking for a walk? Dressed, went to the door. They stood and undressed. After a couple of minutes, invite her to go for a walk yourself.

It has already been written about how a leader should behave on the street. If the dog is not being fooled by your activity, stop, take the leash as short as possible. Let him sit-stand – get bored. Again, suggest action.

With dogs that need to run a lot, run together. And it is you who should be the initiator of the run. Suggest hunting or hunting dogs to look for hidden toys with food.

Change the direction of travel as often as possible. Change places of walking. Take the dog to unfamiliar places.

Every minute make the dog execute some command: come up to you, sit down and sit, get up and stand … The dog should only change his posture and move on at your command.

When the dog realizes that only you know when and what to do, and this has to be obeyed, and only you are the condition for meeting its most important needs, then you will become an important member of the group, needed and respected. And this is already, you see, the qualities of a leader.