Dogs of the Siberian Husky breed are known not only for their excellent working abilities but also for their outstanding appearance. Interesting colors of fluffy dense coat, athletic physique, and simply incomparable expressions on the faces – all this makes the husky who they are. And what is just the look of their eyes … Eyes of a different color. 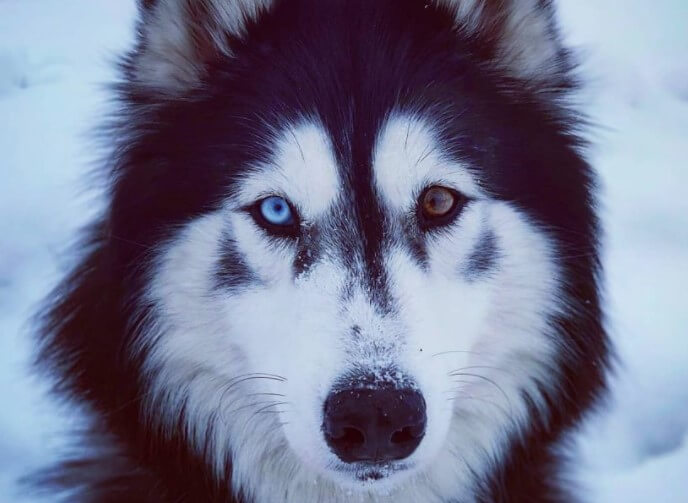 According to the standard, representatives of this breed can have several options for the color of the iris. So, most often you can find blue-eyed and amber-eyed dogs. Husky with olive and brown color options are slightly less common. Individuals with blue color are especially popular. Almost transparent, with a dark and bright rim, their eyes are able to look almost into the very soul. Most often, a similar feature can be found in representatives of the breed with gray or black and white coats. Brown eyes are quite rare. Their coat color is usually dark or red in combination with white.

Can heterochromia be considered a disease? Rather, it is a genetic malfunction when it comes to puppies. He does not carry any problems with the dog’s health. Heterochromia is most often hereditary. With a similar feature, puppies from blue and brown-eyed parents can be born. It can be complete and sectoral. In the latter case, the combination of two shades is visible in one or two organs of vision at once.

In rare cases, a change in the color of the eyes in a husky can be caused by taking certain medications. Melanin pigment deficiency can provoke heterochromia. Also, in adult dogs, it can develop against the background of certain diseases. In this case, the dog must be shown to the doctor.